Why redistricting is such a hot topic in the leaked L.A. City Council audio

Unlike state lawmakers and Los Angeles County supervisors, members of the L.A. City Council have the power to draw the lines for the districts they represent. It’s a power to decide not just which voters they will represent, but also which businesses, institutions, parks and other public assets.

Now, the political careers of former Council President Nury Martinez and council members Kevin de León and Gil Cedillo are in jeopardy because a leaked recording revealed a racist and mean-spirited discussion they’d held on how to wield that power. But the recording also shed light on a little-known aspect of redistricting: asset gerrymandering, or manipulating district maps so that a significant business or public facilities are placed into a particular council district.

How does the process work, and why do members tussle over “assets” in addition to voters?

Here’s a quick overview of redistricting in Los Angeles, along with some insights from experts and elected officials about the political incentives at play.

How does L.A. draw district lines?

The process is dictated by Section 204 of the city charter, which calls on the council to pass an ordinance every 10 years to redraw the district lines to reflect the latest federal census. The districts must “contain, as nearly as practicable, equal portions of the total population of the City,” comply with state and federal requirements, and “to the extent feasible,” keep neighborhoods and communities intact, rely on natural boundaries or street lines, and be “geographically compact.”

The only other hard-and-fast rule: Redistricting can’t undo past elections. “No change in the boundary or location of any district by redistricting shall operate to abolish or terminate the term of office of any member of the Council prior to expiration of the term of office for which the member was elected,” the charter says.

The charter calls for a 21-member commission to advise the council on redistricting, but it isn’t independent in the way the state and county commissions are. Instead, its members are hand-picked primarily by elected officials, with each council member, the mayor, the city attorney and the city controller choosing one to three of its appointees. The commission holds public meetings and proposes a new district map, but the council has the final say on where the lines are drawn.

In the latest round, the commission submitted its map last year on Oct. 29, but a little more than a week later, the council approved an amended draft that rejected a number of the changes the commission sought in Martinez’s district. The council held two public hearings as required by state law, and on Dec. 7 it formally adopted the draft.

What are the legal considerations?

The fundamental objective in drawing district lines is to give equal weight to every person’s vote. That starts with putting roughly equal numbers of people in each district.

But the test is not just how many people are in a district, but also their race and ethnicity. Under the federal Voting Rights Act and U.S. Supreme Court rulings, redistricting cannot dilute the voting strength of racial and ethnic groups. That’s why many of the court fights over district maps have focused on demographics.

The justices ruled in 2019 that political gerrymandering — that is, drawing lines to maximize the dominant party’s political power — cannot be challenged in federal court, but it may run afoul of some state constitutions. And although district maps that create safe seats for incumbents can hurt communities economically, as one 2018 study found, the Voting Rights Act doesn’t require economic effects to be considered in the redistricting process.

Why does it matter which district has which assets?

The redistricting process has “long been about assets as well as demographics,” said Wendy Greuel, a former member of the council and a former city controller.

To the people who live in the district, there’s no direct benefit when the boundaries change to include or exclude a park, an airport or a major business. The assets themselves aren’t coming any closer or moving farther away.

Nor does a district see a change in the services or city investments it receives when redistricting shifts assets in or out. A district’s share of the local government budget isn’t determined by the amount of sales or property taxes generated within its borders.

The main reason behind the fight over assets, said Jonathan Mehta Stein of California Common Cause, is the political benefits they can bring to a council member. “It all goes back to campaign fundraising and building power,” said Stein, who is the group’s executive director.

Those benefits are twofold, Stein said. First, having a business or commercial hub in your district puts you in contact with business owners who want to curry favor with you, which translates into campaign donations. And second, having a significant asset such as a major event space or a high-profile business gives you opportunities to hobnob with VIPs and powerful state figures.

What the call revealed was council members “trying to build the political power of one racial or ethnic group at the expense of another,” Stein said. “But their own interest in the future of their political careers was also at play amid all the racism. … When they’re trying to secure economic assets in their districts or their friends’ districts, they are trying to secure a glide path to more power, more influence and higher office for themselves and their friends.”

Economist Christopher Thornberg, founder of Beacon Economics, said that with an asset like Crypto.com Arena, “you definitely get to play with the big boys; you’re dancing with AEG.” From a standpoint of political showmanship, he said, “there’s a real value to that.”

As a council member, “you want big-pocketed people in your district,” Thornberg said, so when you say, “My charity over there really needs some help,” with a wink and a nudge, the wallets open. (He’s referring to a controversial practice known as “behested donations.”)

Yet some officials insist that assets can bring important indirect benefits to a district’s residents. That’s why City Atty. Mike Feuer believes a discussion about the equitable distribution of assets needs to be part of the redistricting process. (He also argues that council members shouldn’t have any say at all in the process — more on that later.)

According to Feuer, a major asset “enables you to create a focal point for jobs and employment, which is a very important issue.” As more developers seek to build in that area, Feuer said, you can use your authority over land use to negotiate for more affordable housing, local workforces and, potentially, off-site benefits such as parks and recreational facilities.

“You can imagine any of an array of public improvements,” he said. “There are lots of public benefits that someone who has meaningful authority over a major asset can seek to impose as a condition of further development there.”

That’s what has happened around Crypto.com Arena and the USC campus, which helps explain why both of those areas have been the target of redistricting fights in recent cycles.

Greuel said a major asset can be helpful even when there’s no development involved. If you have AEG’s L.A. Live in your district, she said, that means you can “go to AEG and say, ‘I need you to fund this program that will help my residents.’” If you have no such businesses on your turf, “you can’t go to them and ask for money for that cleanup program or to help kids in your district,” she said.

Having city-owned property in your district can be a boon too, Greuel said, because if the city sells it, you can direct the proceeds back to projects there.

What’s next for redistricting?

California Atty. Gen. Rob Bonta announced Wednesday that his office would investigate the city’s redistricting process in light of the leaked audio. He mentioned the possibility of “civil or criminal” liability, but it’s not clear what that would mean for the new district map the council approved last year.

Feuer wants the city to switch to a truly independent commission to draw district lines that council members could not amend to their own benefit. “If you leave in the hands of elected officials the power to determine their own political districts, this is a recipe for conflicts of interest and an invitation for backroom deals,” Feuer told reporters Wednesday.

Creating an independent commission would require voters to amend the city’s charter through a ballot measure. Because the current lines are “tainted,” Feuer said, he thinks voters should be asked to approve two new line-drawing exercises: one next spring to use the county’s independent redistricting process to draw new lines temporarily, and one in the 2024 general election to create the city’s own independent commission and double the number of council districts, among other major changes.

Stein, of Common Cause, said the independent-commission model has been proved to work by the state, the county and the city of Long Beach. If the council does not propose a ballot measure to make the change, he said, “we will begin organizing with our allies to put independent restricting on the ballot in 2024.”

He wasn’t sold on Feuer’s idea to adopt a temporary map next year, though. “On the one hand, it’s good to recognize that these districts are corrupted and to use an independent process to redraw them,” Stein said. “But at the same time, you have to be conscious that mobilizing the community [to draw new district lines] takes months of education and engagement by advocates and local organizations. And it’s really hard to muster the time, capacity and energy to do it over and over and over. We just want to be thoughtful about how we approach next steps.”

About The Times Utility Journalism Team

This article is from The Times’ Utility Journalism Team. Our mission is to be essential to the lives of Southern Californians by publishing information that solves problems, answers questions and helps with decision making. We serve audiences in and around Los Angeles — including current Times subscribers and diverse communities that haven’t historically had their needs met by our coverage.

How can we be useful to you and your community? Email utility (at) latimes.com or one of our journalists: Matt Ballinger, Jon Healey, Ada Tseng, Jessica Roy and Karen Garcia. 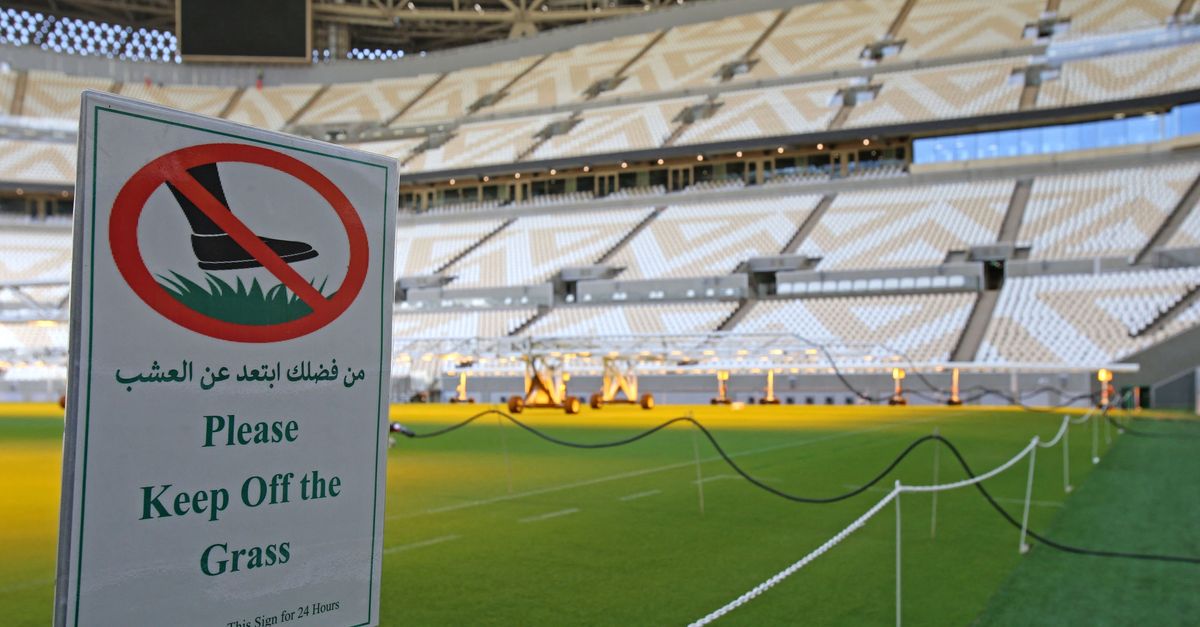 Nearly one million residents in Ukraine are facing blackouts after Russian forces pounded the country’s power infrastructure Saturday, with officials warning that air strikes could […]

The Twitter splash page is seen on a digital device, in April. New Twitter owner Elon Musk says he is granting “amnesty” for suspended accounts, […]

Mexico’s president leads massive march in support of his government

“Effective suffrage, effective democracy, and no to re-election,” he said in a speech after the march in which he repeated his slogans of favoring the […]