“Can you just email that,” Karine?

White House press secretary Karine Jean-Pierre spent almost half of a seven-minute gaggle Friday on Air Force One reading non-urgent statements and rejecting reporter pleas to instead focus on President Biden’s warning that mankind may soon be wiped out in a nuclear “Armageddon” because Russian President Vladimir Putin lacks an “off ramp” from the Ukraine war.

The press gaggle en route to a Volvo plant in Hagerstown, Md., was the only scheduled forum of the day to ask either Biden or his top spokeswoman questions about his shocking remark a night earlier that the Russian invasion of Ukraine may end in a nuclear war.

Jean-Pierre, who ultimately said there’s no new intelligence to back up Biden’s concern, entered the press area of the presidential plane as it neared its destination — arriving later than expected, thereby ensuring the gaggle would be short.

“Hey guys, so this is gonna be an incredibly short gaggle,” Jean-Pierre said.

“Is it OK if we just start with questions?” a reporter asked right off the bat in an urgent tone.

“No, I actually have stuff at the top that I need to share,” Jean-Pierre replied, before launching into an essay-length statement providing standard economic talking points.

After finishing the long recap of Biden’s rosy framing on economic news despite 41-year-high inflation and soaring interest rates, Jean-Pierre proceeded to read aloud the White House’s week-ahead press guidance, turning down a reporter’s request that it be emailed instead.

Jean-Pierre’s voluminous opening statement on the economy contained little new or pressing content — heightening the frustration of reporters who have noticed that the press secretary lately has spent much of her briefing time reading directly from printouts rather than engaging inquiries head-on. She said:

“So today’s jobs numbers reflect that [sic] we have been saying for many months, we are in a transition to stable and steady growth. Today’s unemployment rate matches its lowest level in 50 years at 3.5%.

This kind of job growth is consistent with a low unemployment rate and a healthy economy. More people are working than at any point in American history — black, Hispanic unemployment is at the lowest rate in history and black unemployment remains low. That’s millions of families with dignity with, with the dignity and peace of mind that a paycheck provides.

The president’s strategy of building the economy from the bottom up in the middle out is delivering for the American people, bringing jobs back from overseas, and that the inflation Reduction Act is accelerating that progress for creating new manufacturing jobs all over the country and cutting the biggest costs families face.

And so it is fitting that today on National Manufacturing Day, President Biden will have a chance to highlight the resurgence in American manufacturing during a visit to Volvo’s Hagerstown, Maryland, facility. The president — the president will talk about how he and the congressional Republicans have two very different economic views for the country.

I also want to note a note, as CNN reported this morning, Republicans in Congress are continuing to quote ‘vote no but take the dough’.

The bipartisan infrastructure law is rebuilding our roads and bridges, delivering cheaper and cleaner energy and creating good paying jobs across the country. It’s sad but not surprising that many House and Senate Republicans are now trying to claim credit and benefit from parts of the president’s agenda they fought to block.

President Biden ran for president to rebuild the middle class. There’s more to do what we are proud to be making significant progress to families.”

When she finished reading the statement, Jean Pierre went on, “I’m going to also finally announce something that people have wanted. It’s back by popular demand, which is the week ahead preview. So let me share with you, the week ahead.”

“Can you just email that to us?” a reporter objected.

“I think there’s a lot that we need to get to and we’re about to land,” the journalist added.

Jean-Pierre said that she “need[ed]” to read aloud the weekly agenda because she was asked by a reporter last week to do so — despite the fact that that briefing question was a specific request for early guidance on Biden’s trips to tour hurricane damage in Puerto Rico and Florida.

“On Wednesday, the president will travel out west, starting in Colorado.

On Thursday and Friday, he will have events in California and Oregon. The president will discuss the progress we have made from passing a historic bipartisan infrastructure law to passing infrastructure — Inflation Reduction Act. He’ll draw a contrast between his plan to protect and strengthen Medicare family [sic] and Social Security and plan for congressional Republicans, which puts Medicare and Social Security on the chopping block.”

“OK with that, go ahead,” she said at last, leaving just over three minutes until the plane landed.

A reporter quickly asked, “Did the president plan to use the word Armageddon? Why did he choose that particular reference to Revelation 16:16?”

Jean-Pierre replied, “OK, so Russia’s talk of using nuclear weapons is irresponsible. And there’s no way to use them without unintended consequences. It cannot happen. We won’t be intimidated by Putin’s rhetoric. We have not seen any reason to adjust our own nuclear posture, nor do we have indications they are prepared to use them. But Putin can deescalate this at any time, and there’s no reason to escalate.”

Another reporter asked, “Why were those comments made for the first time in front of a group of donors rather than a press conference or a public type of forum?”

“The president’s comments have been very consistent,” Jean-Pierre claimed. “He was reinforcing what we have been saying, which is how seriously we take these threats about nuclear weapons as we have done when the Russians have made these threats throughout the conflict. So the kind of irresponsible rhetoric we have seen is no way for the leader of a nuclear-armed state to speak and that’s what the president was making very clear.”

Yet another journalist asked, “Do you have new intel that caused the president to ratchet up the level of concern?”

“No, no,” Jean-Pierre said. “The president was speaking about concerns about Putin’s threats to use nuclear weapons just as he did at the UN General Assembly.”

The reporter followed up, “So there’s no imminent threat?”

“No,” Jean-Pierre said. “I said before, we have not seen any reason to adjust our own strategic nuclear posture, nor do we have indications that Russia is preparing to imminently use nuclear weapons.”

Biden did not mention a possible nuclear apocalypse during his Friday speech in Hagerstown. The commander in chief is scheduled to spend a long weekend out of sight at his home in Wilmington, Delaware. 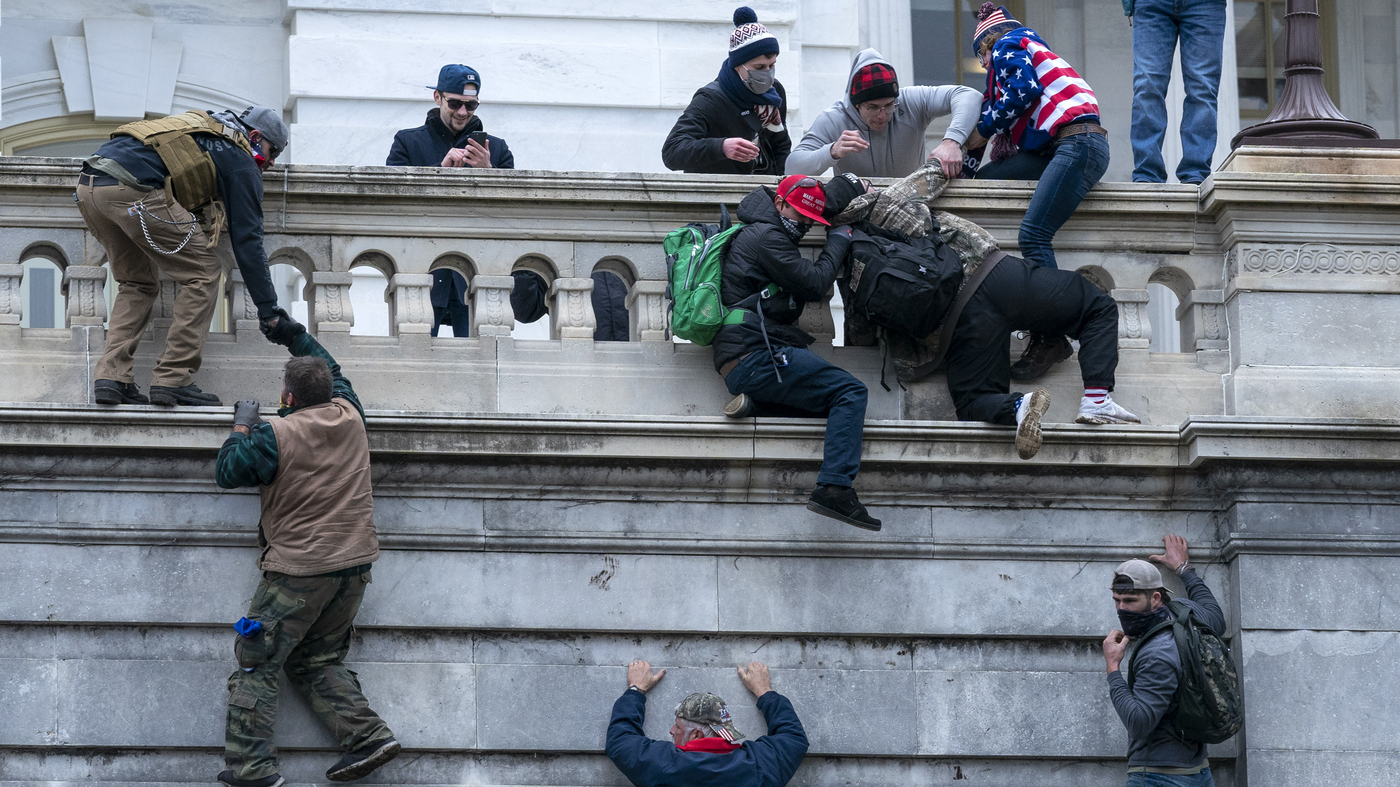 Previous Article Jan. 6 detainees say a D.C. jail is so awful that they’d like a transfer to Guantanamo

10 Phrases You’re Using That Annoy All Your Co-workers

Joining a new office means having to learn how to communicate with your team. But in order to do that well, it sometimes means having […]

Since allegations of a gang rape became public months ago, San Diego State University officials have provided shifting and conflicting accounts about how they responded […]

Europe’s looming Ukraine fear: What happens if the US pulls back?

Europe is waking up to a troubling reality: It may soon lose its NATO benefactor in Ukraine.  With conservatives poised to make gains in the […]