Timber industry and firefighters on opposite sides of California ballot fight

“This makes no sense,” said Sonoma County Supervisor Susan Gorin, who said she supports Prop 30 in part because it could help minimize the type of severe wildfire that has ravaged her community and burned down her own home. “This is exactly what we need.”

The contributions from the timber sector reflect the breadth of opposition to the proposition in a state that has already embraced EVs and other progressive climate policies to an unprecedented degree.

Democratic Gov. Gavin Newsom has angered some of his environmentalist allies with his own opposition to the initiative, which seeks to turbo-charge electric vehicle sales in California with a subsidy funded by a tax on personal income above $2 million. Newsom has repeatedly criticized Prop 30 as a giveaway to ride-sharing company Lyft, which has provided over $45 million in support of the measure.

Republican lawmakers, who generally oppose Newsom, agree with him on Prop 30 and some say the timber industry’s opposition could just be their shared antipathy toward raising income taxes.

“The focus should be more on removing the barriers to doing more fuel reduction work, so that we can stop catastrophic fires from happening in the first place,” said Assembly Minority Leader James Gallagher (R-Yuba City). “It really isn’t necessary to pass a new tax to do this, and quite frankly, that’s not what Prop 30 is really about.”

Gallagher was unaware that Sierra Pacific Industries, which owns land in his rural district, donated against Prop 30.

None of the three companies have previously spent this much on a California ballot initiative, according to state campaign finance records.

In addition to Sierra Pacific Industries’ nearly $1 million contribution, Green Diamond Resource Company gave $50,000 and Pacific State Industries donated $25,000. Company representatives declined to comment and redirected inquiries to the “No on 30″ campaign, which dismissed the proposition as a “taxpayer bailout” for Lyft.

“Any suggestion that this is about wildfires is ridiculous considering that in a rush to save their profits, Lyft dedicated only 20 percent of funding to wildfire efforts and the other 80 percent to programs that will benefit their business,” said “No on 30″ campaign spokesperson Matt Rodriguez in an email.

Proponents of the initiative, led by Move LA and California Environmental Voters, have argued the tax revenue’s boost to electric vehicles and the smaller boost to wildfire management would help clean up the state’s air.

The state firefighters union, Local 2881, also supports the measure, which could by some estimates double the state’s budget for firefighting.

The forest products sector has long advocated for more firefighting and forest management to protect its business from devastating fires through its trade group, Calforests. In California, wildfires burned at least 300,000 acres of land owned by timber companies between 2019 to 2021 amid an ongoing megadrought, according to one industry estimate.

But the trade group is not taking a stance on Prop 30, with Calforests CEO Matt Dias saying the group’s members are too diverse.

Without an explanation from the timber companies, proponents of Prop 30 have been speculating that the businesses want to protect the money they make off of harvesting and selling burned trees, a controversial practice known as post-fire salvage logging.

“To think they want to profit off this, versus preparing for a resilient California future, is just unconscionable to me,” said Gorin, the Sonoma County supervisor.

Sierra Pacific’s billionaire owner acknowledged in a 2018 Forbes interview the company has found a profitable niche in salvage logging but he defended the process as necessary and can aid in forest recovery.

Others point to the wealth that can be generated by logging, which typically goes to families who prefer to stay out of the public eye. Forbes estimated in 2018 that Sierra Pacific — owned entirely by Red Emmerson and his three children — netted operating profits of $375 million annually for its owners. Both Pacific State Industries and Green Diamond Resource Company are also family-owned.

“These are super wealthy individuals and families that would be subject to this tax, putting in resources to oppose having their taxes go up, notwithstanding the fact that the revenue raised by Prop 30 would substantially address issues that are timber industry priorities,” said Paul Mason, who works for the conservation group Pacific Forest Trust.

The largest opposition against Prop 30 comes from the combined contributions of the members of the Fisher family, which owns the Mendocino Redwood Company and the Humboldt Redwood Company. The family has a vast influence in California — aside from lumber, their portfolio includes the Gap and the Oakland Athletics.

Sierra Pacific and the Fishers, according to Redwood Forest Foundation founder Art Harwood, together have a significant hold on the California lumber industry. 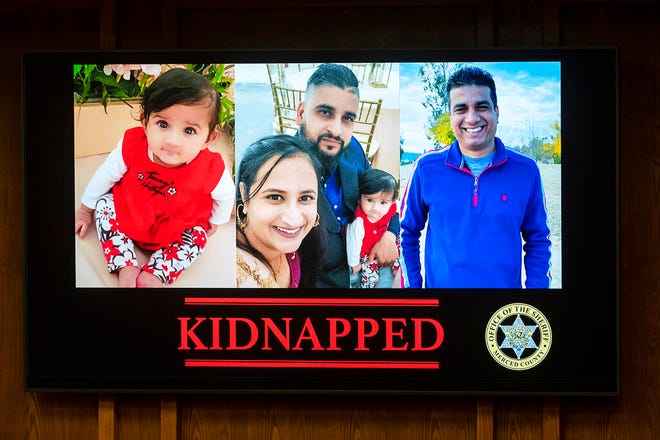 Column: Kevin de León is on an apology tour. When will he realize it’s a farewell tour?

For what seemed like the 100th time in about 20 minutes, Kevin de León was speechless, his jaw slack, his eyes as wide and blank […]

The Ethiopian government and regional forces from Tigray agreed on Wednesday to cease hostilities, a dramatic diplomatic breakthrough two years into a war that has […]

Chinese leader Xi Jinping has signaled that his government would maintain policies that have put it at odds with the U.S. and other nations and […]