President Biden takes pictures with guests after speaking at an event celebrating the passage of the Inflation Reduction Act on the South Lawn of the White House on Sept. 13.

President Biden takes pictures with guests after speaking at an event celebrating the passage of the Inflation Reduction Act on the South Lawn of the White House on Sept. 13.

When President Biden hosted a celebration with lawmakers on the South Lawn last month to mark the passage of the Inflation Reduction Act, Democrats’ signature spending package, there was an unique group of guests joining them.

It’s part of a White House strategy to reach younger people where they are — which often is scrolling on a device.

“I got a magical email from the digital communications team at the White House saying they were going to be doing essentially a creator briefing for the Inflation Reduction Act,” said V Spehar, who hosts “Under The Desk News,” which provides daily news wraps in about a minute to their 2.7 million TikTok followers.

“I thought perhaps it was going to be similar to what we see from legacy media groups who get a press briefing from the press secretary,” Spehar said. “This was a little bit more intimate than that.”

President Biden dropped by a Roosevelt Room briefing about the Inflation Reduction Act with influencers on Sept. 13.

President Biden dropped by a Roosevelt Room briefing about the Inflation Reduction Act with influencers on Sept. 13.

The influencers got their own briefing, and Biden dropped in

Spehar and the other influencers gathered in the Roosevelt Room ahead of the ceremony and were briefed on the legislation by members of the National Economic Council, the climate policy office, and President Biden and Vice President Harris themselves.

“Honestly, I don’t care what side of the aisle you’re on, when the president and the vice president walk in the room, it’s a cool moment,” Spehar said.

This isn’t the first time the White House has worked with influencers. Spehar was part of a virtual briefing earlier this year on the war in Ukraine — a briefing that Saturday Night Live was quick to parody.

Spehar has a sense of humor about the spoof, but said the joke really is on people who underestimate what TikTok has to offer.

“Legacy media had a good time making a joke about TikTokers being invited to a White House briefing,” Spehar said. “It just showed how out of touch people are with what the current state of communication is for young people.”

Democrats want to get credit from voters for the climate and health care measures in the Inflation Reduction Act. To explain it to more people, the White House decided to hold briefings to “educate and activate prominent content creators to amplify our message on their own online social media channels,” according to an August memo.

“The White House social media accounts, they’re big, they reach a lot of people. But very often, we’re talking to an audience of people who have opted in to hear from us,” said Rob Flaherty, the White House director of digital strategy.

“The reality is, if we want to go out and talk to a wide amount of people whose lives are going to be impacted by the Inflation Reduction Act, and both take credit and also tell people how they can access some of the benefits, then we need to get out into the digital communities that people exist in — and that means spending time with digital creators who have huge reaches into those audiences,” he told NPR.

It’s a strategy that acknowledges the White House is not necessarily the most effective messenger for all audiences.

“Influencers on social media, they need to project authenticity to come across as being genuine,” said Yini Zhang, a professor at SUNY Buffalo who studies social media and political communication. “That persona really is effective in terms of creating this bond between influencers and their followers. I think that partially explains why young people might place more trust in influencers than in journalists.”

In addition to the briefings on Ukraine and the Inflation Reduction Act, the White House has engaged with influencers on student loan forgiveness and Biden did a YouTube town hall about COVID-19 vaccines.

“It’s an incredibly fragmented, polarized media environment, and that means we have to go to a lot of different places to make sure people are hearing from the White House and hearing from the president,” Flaherty said.

A.B. Burns-Tucker, also known as “iamlegallyhype” on social media — was part of the influencer briefing in September. She said some people still associate the term ‘influencer’ with consumerism.

“At first it was just the flat tummy tea girls, right?” she chuckled. “And now, you see people like me and others who are outside of mainstream news and people are gravitating to the information we present.”

Burns-Tucker is a law student and shares political and legal content.

“My followers don’t necessarily follow mainstream news all the time, but they still have this desire to be in-the-know,” she said. “It’s that group of people who are just like, ‘I want to hear it straight, no chaser. I don’t want to hear all those syllables that they say on CNN, just tell me the tea.'”

Burns-Tucker said being in a room with the people who helped shape Biden’s policy gave her important context, and she plans on doing more posts breaking down the legislation. She said it shouldn’t be shocking that the White House wants to tap into networks like her own.

“We have these large platforms and our supporters really rock with us,” she said. “They trust us and they look forward to what we have to say, and I think it was smart of [the White House] to use [these] resources.”

Most followers were excited to see the posts from the White House, but some were skeptical

Burns-Tucker said she got mostly positive feedback from her 633,000 TikTok followers after her visit. “Some people were like, ‘Cool, now I could get some solar panels — like now my granny’s prescriptions are going to be cheaper,'” she said.

But — there was some skepticism, too. “One of the things is always like, ‘Oh, you went to the White House. So now you’re gonna say whatever the White House telling you to say’, right? And it’s like, no, just because I earn my space doesn’t mean I’m gonna be a puppet for somebody.”

The White House told the influencers they recognize they’re independent.

“We’re not expecting them to become Biden administration propagandists,” Flaherty said. “But we want to make sure that they have the best information that they can get and be able to ask questions, just like reporters would, to be able to inform their audiences.”

President Franklin D. Roosevelt gives one of his famous fireside chats in 1934.

President Franklin D. Roosevelt gives one of his famous fireside chats in 1934.

There’s a long history of White Houses trying to take advantage of the latest tool to get its message out.

“Presidents have recognized the benefits of culture and technology for well over a century,” said Tevi Troy, a presidential historian and head of the presidential leadership initiative at the Bipartisan Policy Center.

Franklin D. Roosevelt had his radio fireside chats. John F. Kennedy was first to show a press conference live on television. But the advent of social media gives the White House the ability to “aim for specific audiences that they want to reach and put out the tailored message without going through the various filters of the news media,” Troy said.

Four years later, Barack Obama championed the use of Facebook as both a campaign and governing tool. His White House worked with content creators to share information about the Affordable Care Act, said Nathaniel Lubin, who led digital strategy at the time. “We were afraid those people wouldn’t have heard of it otherwise.”

Jason Goldman, who worked as the chief digital officer at the end of the Obama administration, recalled working with social media creators during the 2016 outbreak of the mosquito-borne Zika virus.

“We could put out the surgeon general, and say, ‘You don’t have to be concerned unless you go to these areas,’ but it’s a scary situation. There’s only a certain amount of trust that the government medical experts have,” he said.

After my interview w/President Obama my dawgs was barking so I walked The White House Shoes off. #YouTubeAsksObama pic.twitter.com/tYuQJjkhCP

The strategy may have some pitfalls

Troy acknowledged there are potential pitfalls of using influencers to spread policy messages. “They may not be sophisticated political actors, they may not be policy focused,” he said. “Maybe they say, ‘Okay, I’ll go to the White House, but I’m not going to do much else.'”

And access to the White House doesn’t automatically guarantee content. In fact, some members of the group last month didn’t seem to post much beyond a selfie.

Zhang said social media influencers can expand the reach of policy messages, but “they’re not professional information gatherers,” she said, noting keeping things short and buzzy could affect the quality of the content.

“They might have to tailor the information and make it more palatable to their respective followers,” she said.

Flaherty said both the creators and the White House are still learning what it means to work with each other — but that’s to be expected.

“I am sure the first time the White House was like, ‘Hey, we’re going to put a bunch of reporters in a room and they’re gonna shout questions at us,’ somebody was like, ‘What are you doing?!’ But now it’s like standard operating procedure.” 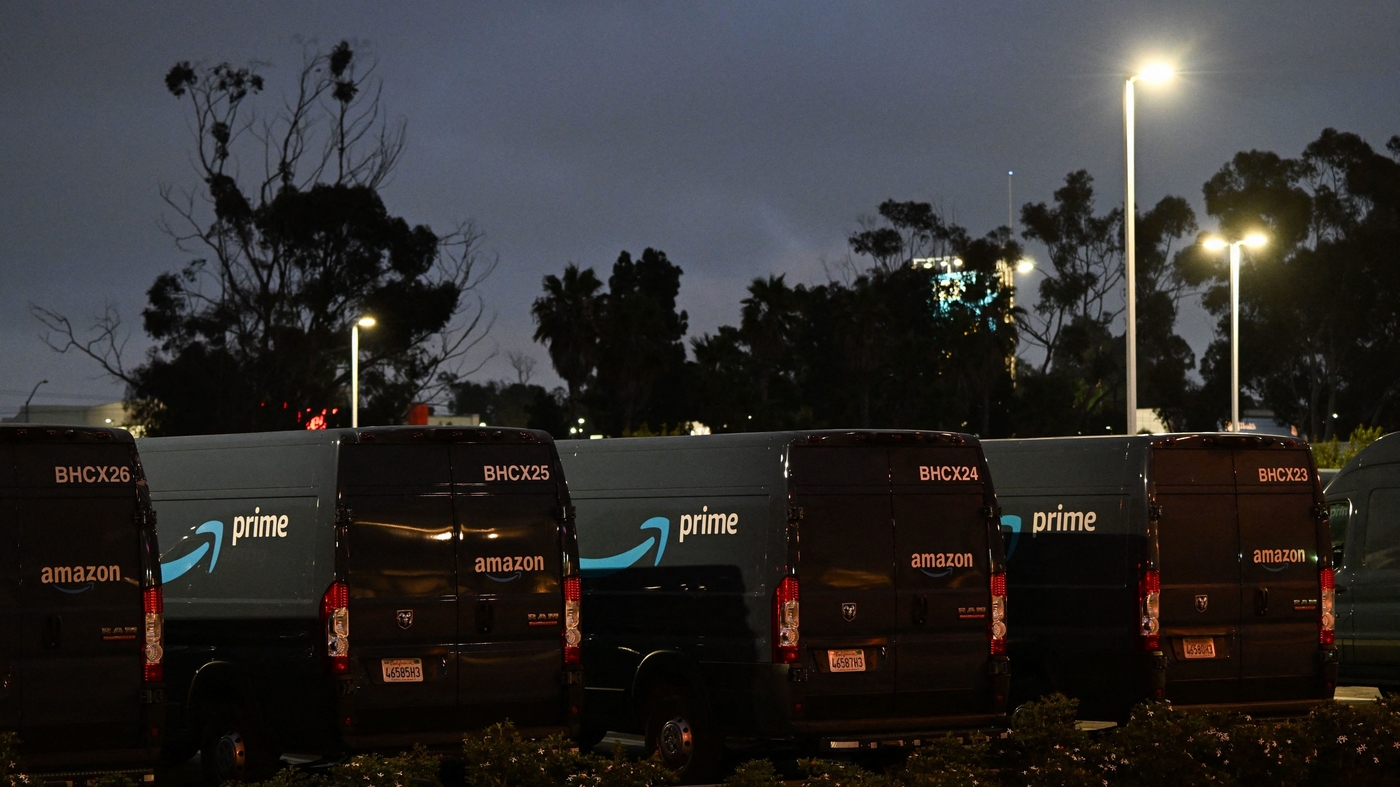 If Democrats want a scapegoat for losing the House, NY’s Mike Gianaris is their man

It increasingly looks like New York made the difference in claiming the US House of Representatives for the GOP last week, as Republicans flipped four […]

The Ukrainian military said that Russian forces continue to carry out artillery and rocket attacks throughout the front lines, stretching from Kharkiv in the north […]

Let’s do some informed speculation about what is happening and what likely will happen with the Big 12 and Pac-12 TV deals. What I’m going […]