The Fed’s Powell is risking a recession to crush inflation. A lot of Democrats are ok with that.


“I don’t have a lot of thoughts on what the Fed does,” Senate Banking Chair Sherrod Brown (D-Ohio), a progressive Warren ally on many issues, told POLITICO when asked whether he was worried that Powell might raise rates too high. “We have no control over that,” said Brown, whose committee oversees the Fed.

The extraordinary show of bipartisan support — Powell’s policies are widely backed by Republicans — is a reflection of both the years he has spent cultivating relationships on Capitol Hill and an acknowledgment that rising prices are also a huge political liability that lawmakers can’t easily address themselves.

That broad acceptance of his mission may not last forever if the economy enters a slump, as many analysts expect.

“The inflation pain is there and ever-present; the unemployment pain is in the future,” said former Federal Reserve Vice Chair Donald Kohn. “I suspect that as the unemployment rate rises and once companies begin to do a little less hiring and more laying off, there will be more blowback. But that hasn’t happened yet.”

For now, the tighter financial conditions have done little to cool the labor market, which has been a boon for Democrats in an otherwise faltering economy. That has given Powell and his colleagues political cover to plow ahead with rate increases that they see as essential to curbing inflation before it becomes entrenched.

While monthly employment gains have slowed, Friday’s report showed that employers still added 263,000 jobs in September, and the unemployment rate remained near a 50-year low at 3.5 percent.

“It’s really important that they not choke off the job recovery,” Sen. Chris Van Hollen (D-Md.) said of Fed officials in an interview. “We want people to continue to be able to find jobs and have good wages. So there is always a sort of razor’s edge.”

“So far, they’ve been successful,” he added.

Brown argued that Congress has a role in this fight, too, saying it should continue to focus on what it can do to help ease price pressures. Those pressures have been exacerbated by corporate profiteering, he said, a point that Warren and other progressives have also hammered on.

Despite Powell’s efforts, however, inflation has barely budged from its elevated levels and has spread more deeply into areas like housing and medical services. Consumer prices decelerated in August from a year earlier to 8.3 percent but rose sharply from the previous month when excluding food and energy costs. The Labor Department will release updated numbers on Thursday.

That has prompted Fed officials to pencil in even higher rates this year and next. They now expect the fed-funds rate to reach 4.4 percent by the end of the year and 4.6 percent at the end of 2023, according to their most recent projections, which also showed slower growth and higher unemployment.

That outlook has raised the odds next year of a recession that could throw people out of work and send U.S. growth plunging, economists say.

Powell acknowledged the risks at a press conference following the Fed’s policy meeting last month. “We have always understood that restoring price stability while achieving a relatively modest increase in unemployment and a soft landing would be very challenging,” he said. But he vowed to keep at it until inflation is under control.

His promise to stay the course has fueled anxiety and scrutiny from Wall Street and progressive groups worried that the central bank will overcompensate, raising rates too high and causing a painful downturn. Rep. Ro Khanna (D-Calif.) earlier this month blasted the Fed chief’s “failed policy” and blamed him for allowing inflation to swell in the first place.

Yet, apart from a handful of progressive lawmakers, most Democrats have held their fire.

Several acknowledged Powell is in a difficult position.

“The Fed has this one tool, which is raising rates, and it’s not a tool that is actually all that effective for some of the most significant inflationary pressures that we’re facing,” Sen. Tina Smith (D-Minn.) said, echoing a Warren complaint. “Having said that, I think that they’re faced with this decision of how to use the one tool that they have in order to break the cycle of inflation, which is in some ways driven by people’s expectations.”

But Smith made clear, “I’m not criticizing the chair.” Though she hears from constituents who are worried about housing affordability, she said they don’t blame the Fed, nor should they.

“This is why we have the Federal Reserve chair,” Sen. Mazie Hirono (D-Hawaii) — who spoke privately with Powell in April, according to his public calendars — said of his inflation-fighting campaign. “He’s doing the best he can.”

Rep. Brad Sherman (D-Calif.) said Powell could “ease off the brake a little bit,” pointing to market-based measures that show investors expect inflation to return to normal in the not-too-distant future. And he thinks the central bank should set its inflation target slightly higher, around 2.25 percent, rather than 2 percent.

He disagreed, though, with those who have warned that Powell is driving the economy off a cliff.

“The fact is, if we do nothing, we go off the cliff of permanent, incredible inflation,” Sherman said. “You do need to get inflation under control.”

A majority of Americans say rising prices are causing financial hardship for their households — 56 percent, up from 45 percent in November, according to an August Gallup poll.

But a recent study from the Harris Poll found Americans are split over what to do about it, according to Bloomberg. Half want to tame inflation quickly, even if it means causing a recession, while the other half would prefer avoiding a downturn even if inflation edges higher. Two-thirds cited worries about potential job cuts, and three-quarters of Americans who are paying interest on debt said they worried about the budget crunch from higher rates.

The divergence highlights that Fed officials will likely face more intense political and public blowback at some point from both sides.

Until then, it’s much easier for Powell and the Fed to make tough policy choices if they have support from Congress, said Sarah Binder, a senior Brookings Institution fellow who has studied the Fed’s relationship with Congress and the White House.

Powell has worked overtime to build relationships with a broad range of lawmakers on Capitol Hill. That proved invaluable during the previous administration when Republicans supported him in the face of withering criticism from then-President Donald Trump, who wanted Powell to lower interest rates. And it appears to be helping now.

Still, lawmakers are always fair-weather friends, Binder warned, calling this period “the quiet before the storm.”

“When the economy is doing well, it’s easy to support the Fed chair,” she said. “But when the economy sinks, lawmakers have little electoral incentive to stick out their necks in favor of the Fed and the chair.” 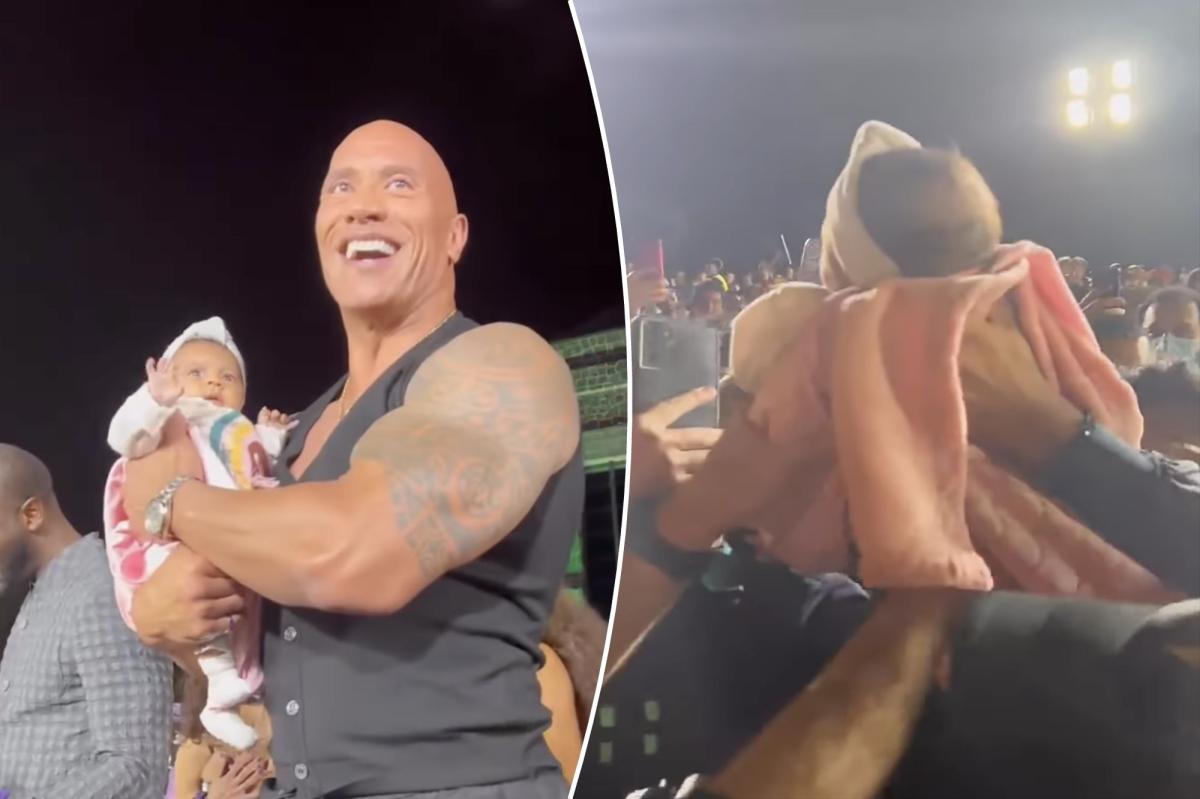 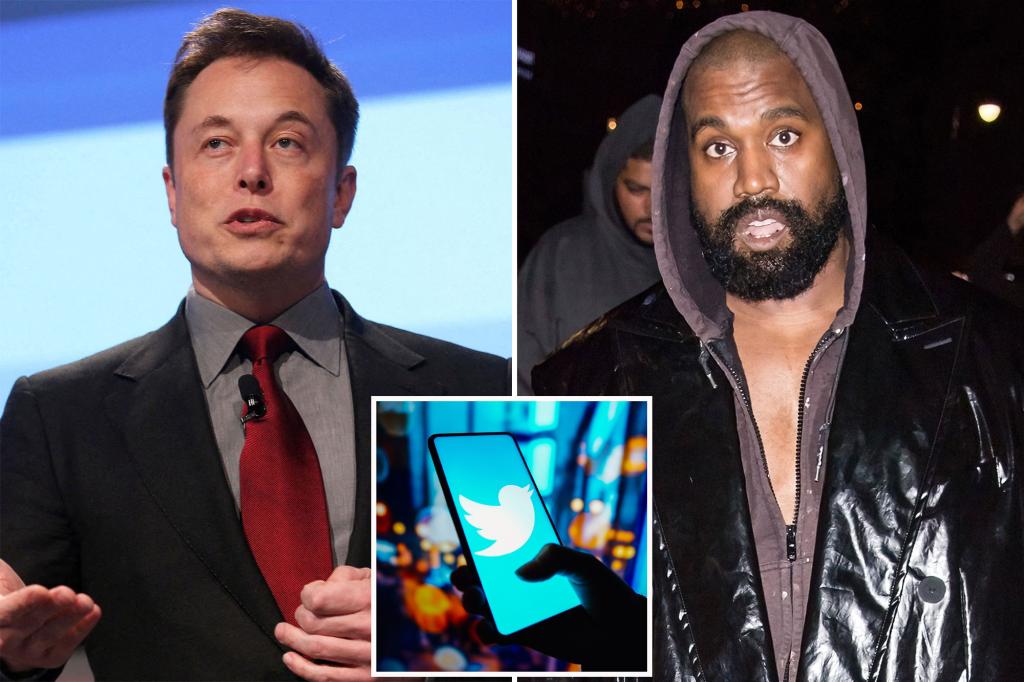 US weather forecast predicts cold, possible snow for much of nation

Chilly air is set to descend over nearly the entire contiguous U.S. next week, with the National Weather Service predicting high temperatures 10 to 20 […]

Demand for picture books explaining traumatic events such as school shootings has grown dramatically, according to publishers. Experts say these books can help kids process […]