Stream It Or Skip It: ‘Wahl Street’ Season 2 on HBO MAX, Where Budding Mogul Mark Wahlberg Feels The Vibrations Of Business In A Post-Pandemic World

Wahl Street returns to HBO Max for its second season, and expands from six episodes to ten. The reality entry from Unrealistic Ideas, Mark Wahlberg’s production company, follows the actor and entrepreneur as he manages his growing portfolio of financial interests in between furious workout sessions – there’s a lot of physical pushback there, as he’s on the cusp of 50 – and the continued maintenance of his acting career. Wahlberg is also a husband and father, but his family isn’t visible as we join him for another round of physical training and tense meetings.

Opening Shot: A quick intro teases a later episode storyline, that of minority investor Mark Wahlberg taking F45 Training public with a July 2021 appearance at the New York Stock Exchange. We then cut to a handlebar mustache-having Wahlberg who’s clad in a sweatshirt and hat from Municipal Sport Utility Gear. The clothing retailer is another one of his companies. “Last year,” he says, “I worked my ass off to follow my aspirations as an entrepreneur and inspire other entrepreneurs to do the same.”

The Gist: “Leap of Faith,” the first episode of Wahl Street season two, begins in September 2020, and mask mandates are still visible in the margins as Mark Wahlberg takes the temperature of his businesses in a world still adjusting to a new kind of normal. “Mark wants new stuff all the time,” says Harry Arnett, the CEO of Municipal. But since the clothing retailer launched during the pandemic, it has struggled with supply chain woes and its famous co-founder’s constant demands to level up. Faced with this issue, Wahlberg returns to a feature of the first season, where successful business people insert their thoughts. “Being ready for scale” is the most important thing, 23andMe co-founder and CEO Anne E. Wojcicki says. But it doesn’t sound like Municipal is.

Next on the agenda is a meeting with business partner Stephen Levinson and Municipal Pictures about Father Stu, Wahlberg’s “faith-based passion project” that eventually saw release in 2022, and that’s followed by a tequila tasting with a few friends. Flecha Azul is looking for some financing, and while Wahlberg says he wasn’t going to get into the spirits business, he’s intrigued by the liquor’s low calorie content as opposed to his former love, red wine. If you’re in the market for a few hundred cases, Wahlberg has an overflowing home wine cellar to show you.

It’s 4:52AM, and Wahlberg has rolled into an F45 gym, but the rush he feels from working out isn’t the same as he circles 50 years old and his back and flexor muscles scream at him. Later, Wahlberg and Levinson don’t exactly scream at Unrealistic Ideas president Archie Gips, but they don’t seem happy about his progress at selling and realizing new television projects. Wahl Street, the show HBO bought and that we’re watching, is one of those projects, so maybe Archie’s actually doing OK?

What Shows Will It Remind You Of? Well, A&E aired ten seasons of Wahlburgers, which of course is another one of Mark Wahlberg’s businesses. And if Entourage, for which Wahlberg served as muse and executive producer, was streaming today instead of the early aughts, Vincent Chase would surely be juggling a kombucha tea startup and a Tesla dealership alongside his acting career, with each of those operations suffering from mismanagement under Turtle and Johnny “Drama” Chase.

Our Take: Here’s what might happen in your business meeting with Mark Wahlberg. To start with, he’ll definitely call you “buddy.” Then he’ll mention how numbers are down on whatever widget you’re in charge of selling, but in passing, and as he sits casually in Municipal sweats and hat. Then Stephen Levinson will appear in the “bad cop” role, and clarify that a pitch is not a sale. And so you’re left with an ultimatum to reverse pandemic setbacks. Because if you don’t, Mark Wahlberg fails as an entrepreneur, and that can’t happen. Wahlbergian economic theory is not about profit and loss. It’s about pain and gain.

Another thing that doesn’t happen in Wahlberg’s world is smiling. Wahl Street is marked with the tension of its constant meetings, where business people either falter against the unstoppable Wahlberg current or hope he’ll dip a toe into their river. It’s a business-oriented show, as long as the real business we’re talking about is Mark Wahlberg. He doesn’t seem interested in revealing his personal life, even though a lot of meetings take place on the grounds of his mansion. And his earnestness, as it is with his vague disappointment in the people he’s hired, never falters. What Wahl Street should really be about is Mark Wahlberg’s attempt to clone himself so that he can run every one of his businesses. Himself.

Sex and Skin: Nothing really, but for a few shots of Wahlberg’s swole trapezius and deltoid muscles in preparation for shooting Father Stu.

Parting Shot: A chastened Harry Arnett approaches. The Municipal CEO has bad news about a container ship logjam in the Port of Long Beach. But Mark Wahlberg doesn’t have time for that – he’s on his veranda massage table, getting worked over by his personal chiropractor/sports physician. The theme of this first episode has been Wahlberg pushing his people to recoup pandemic losses. But you can’t have a Wahl Street without the ‘Berg. “The theme of this season? Sad, old, broken down man.”

Sleeper Star: Arnett can also weave a particularly artful complaint. “There are plenty of like minded people and brands out there to help us get there faster, and maybe in a way that we didn’t expect – maybe even better. But [Stephen Levinson] very much sees us pure as a brand like Apple. So no outside distribution, no outside partners. And that’s a tension that you have.”

Most Pilot-y Line: As the world recovers from the pandemic, it’s Mark Wahlberg’s contention that faith will lead culture and society to the promised land. But to do that faith needs a platform and a savior, and that’s where Mark Wahlberg and his self-financed, faith-based film Father Stu comes in. “I think there is such a need, and an appetite, for something that’s going to reaffirm peoples’ faith and give them hope and continue to help them push forward.”

Our Call: STREAM IT. For some entrepreneurial hopefuls, Wahl Street might serve as the streaming equivalent of a CrossFit trainer screaming in their face. But at less than a half-hour, its episodes don’t require the kind of investment you’d need to actually go into business with hyper-demanding Hollywood A-lister and one-man corporate incubator Mark Wahlberg.

Johnny Loftus is an independent writer and editor living at large in Chicagoland. His work has appeared in The Village Voice, All Music Guide, Pitchfork Media, and Nicki Swift. Follow him on Twitter: @glennganges 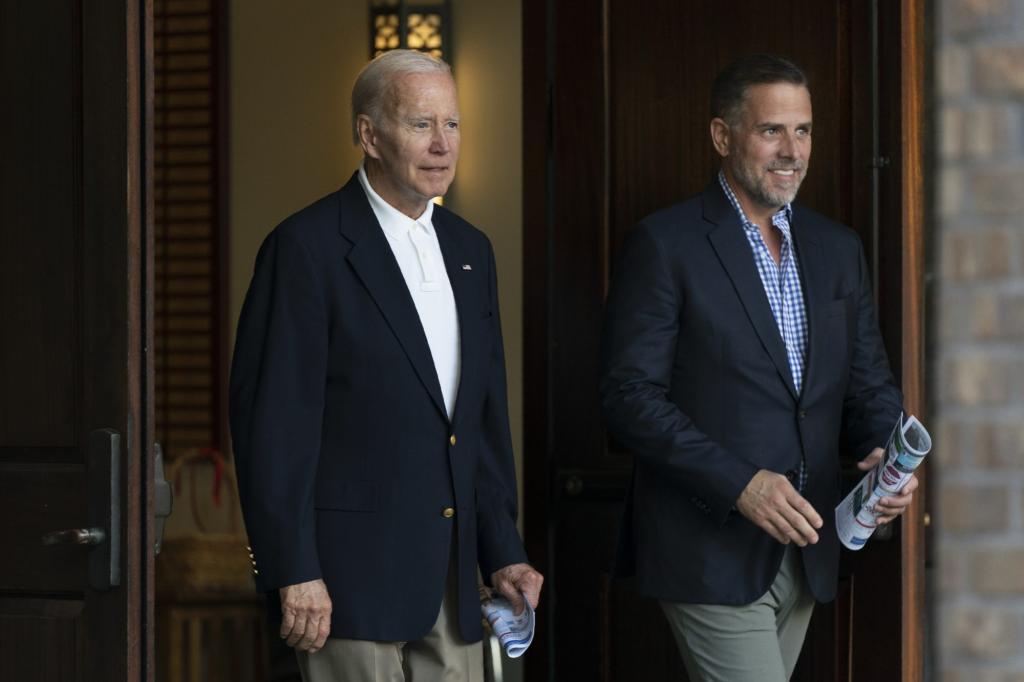 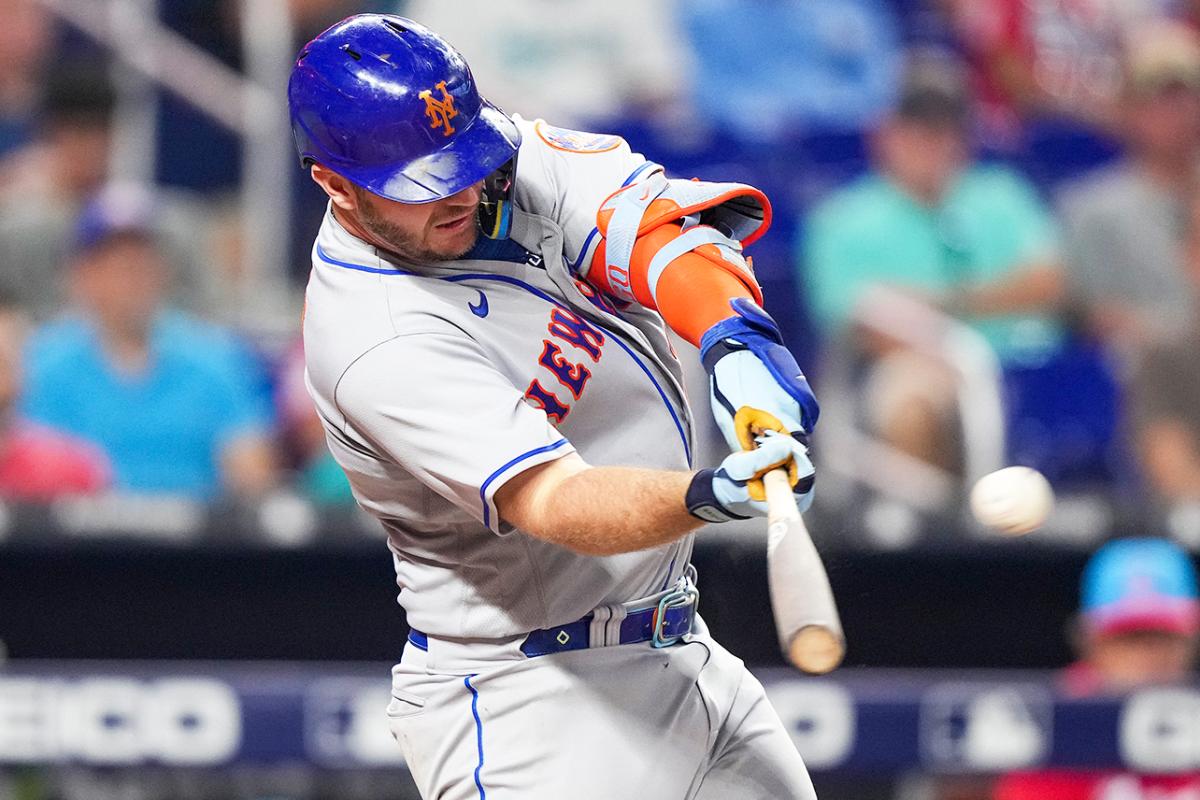 Next Article Mets vs. Padres Live Stream: How To Watch Padres-Mets Live Online

Ethiopia’s truce is a step toward ending civil war, but there are reasons for caution

In her debut graphic novel, Numb To This, Kindra Neely shares the mental toll that surviving a mass shooting left her. Copyright © 2022 by […]

Hurricane Nicole officially made landfall in Florida near Vero Beach around 3 a.m. Thursday morning, according to the National Hurricane Center. Evacuations were ordered across […]