Stanford apologizes for anti-Jewish bias in admissions in 1950s

The president of Stanford University issued an apology this week for school policies that intentionally limited Jewish student admissions in the 1950s and dismissed or denied concerns about its antisemitic practices for years.

A university-commissioned task force confirmed “appalling anti-Semitic activity” by the university in its 1950s admission practices that led to reduced enrollment of Jewish students, Stanford President Marc Tessier-Lavigne wrote in a letter addressed to the community Wednesday,

He called it “an ugly component” of the university’s history.

“On behalf of Stanford University I wish to apologize to the Jewish community, and to our entire university community, both for the actions documented in this report to suppress the admission of Jewish students in the 1950s and for the university’s denials of those actions in the period that followed,” Tessier-Lavigne said in his letter. “These actions were wrong. They were damaging. And they were unacknowledged for too long.”

The university task force investigation was launched after a 2021 blog post detailed intentions and actions by the university’s then top admissions leader to limit Jewish enrollment.

The post, called “How I Discovered Stanford’s Jewish Quota,” by Charles Petersen, a historian at Cornell University, contained pieces of archival evidence, including a damning 1953 university memo written to Stanford President Wallace Sterling by Frederic Glover, his assistant. The memo described then-Director of Admissions Rixford K. Snyder’s concerns over the “high percentage” of Jewish enrollment that Snyder considered a “problem.”

Glover wrote that Snyder wanted the president to “know about it” because it would force him to “disregard our stated policy of paying no attention to the race or religion of applicants.”

The memo also said that Snyder had identified several Los Angeles high schools, particularly Beverly Hills and Fairfax high schools, whose student body was majority Jewish. “If we accept a few Jewish applicants from these schools, the following year we get a flood of Jewish applications,” Glover wrote.

No other public schools saw such a sharp decline in students enrolling during that time, the task force’s report found.

“It seems reasonable to conclude that the sharp drop in enrollments from these schools reflected a reduction in offers of admission,” the report stated. “To have had two schools that regularly and reliably sent students to Stanford so suddenly reverse course and stop sending students on its own accord would likely have raised concerns in the Admissions and Registrar’s offices. We found no evidence of such concerns.”

The task force was unable to confirm whether then-President Sterling read the 1953 memo, but it stated that at least three other top officials, including the university provost, did.

The report also confirms that Stanford “regularly misled” those who questioned its policies, including parents, alumni, trustees and outside investigators, for years after.

“In letters and in public, campus leadership asserted that Stanford did not have a ‘quota,’ while top members of the administration had full knowledge of the policies in place that were designed to allow the Director of Admissions to act to suppress the number of Jewish students admitted,” the report stated.

The university’s actions had long-lasting repercussions, including dissuading Jewish students from applying to Stanford, the president and the report said.

“The effect was felt particularly keenly among Jews in Southern California among whom developed a widespread understanding that Stanford had a ‘quota’ on Jewish students,” the report said.

Sophia Danielpour and Ashlee Kupor, co-presidents of the Jewish Student Assn. at Stanford, said in a statement that they are “disappointed” at Stanford’s history in limiting enrollment of Jewish students.

“We are also appreciative that Stanford allowed a thorough discovery process and issued a real apology,” Danielpour and Kupor said in the statement. “We now are hopeful that this report will help catalyze improvements related to Jewish life in the future.”

Tessier-Lavigne said he would carry out a number of recommendations made by the task force, including creating a standing Jewish advisory committee and working to address the issue of fall semester’s start coinciding with Rosh Hashanah, as it did this year.

The university is confident no anti-Jewish bias documented by the task force exists in its admissions process today, Tessier-Lavigne said. 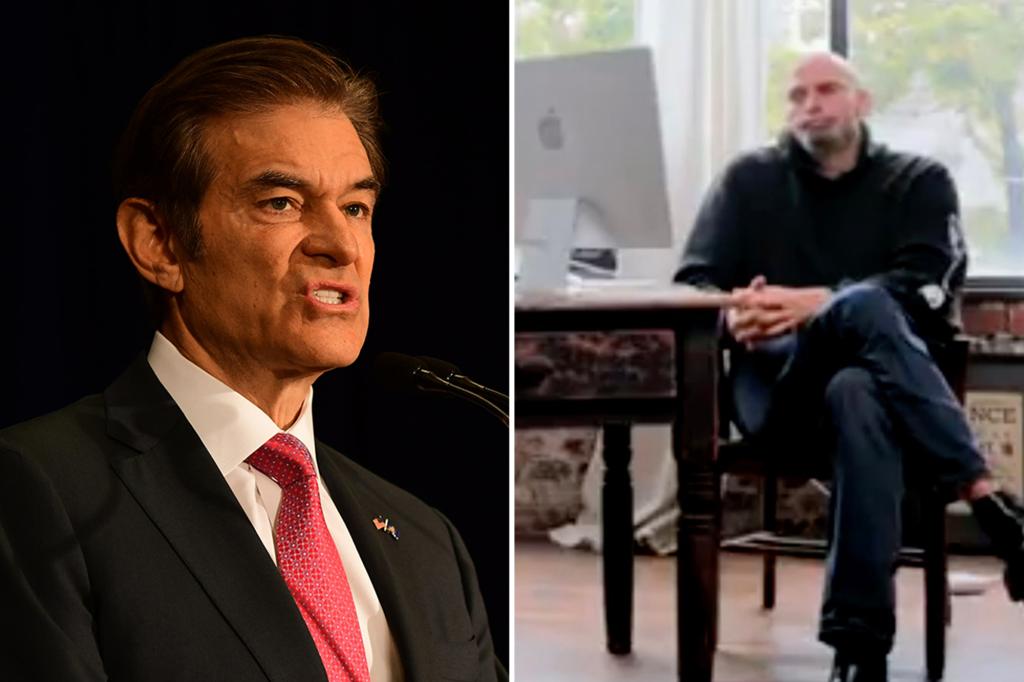 “This past week, Kanye West called me to have dinner at Mar-a-Lago,” he wrote. “Shortly thereafter, he unexpectedly showed up with three of his friends, […]

The Sanibel Island causeway washed out by Hurricane Ian has reopened

In this aerial photo made in a flight provided by mediccorps.org, damage from Hurricane Ian is seen on the causeway leading to Sanibel Island from […]

The small red cowboy hat that Drew Barrymore memorably donned in the beloved 1982 film “E.T. The Extra-Terrestrial” still fits. In honor of the movie’s […]

Khloé Kardashian and Tristan Thompson’s second child together, a baby boy, made his Instagram debut on Sunday. “Owlette and Tigger aka True and Baby Brother,” […]