An oil processing facility in Saudi Arabia. The country, along with other OPEC+ members, plans to cut production against the wishes of the U.S.

An oil processing facility in Saudi Arabia. The country, along with other OPEC+ members, plans to cut production against the wishes of the U.S.

Some Democrats in Congress are furious about OPEC+’s decision to cut production by 2 million barrels of oil per day starting next month, and are calling to reexamine ties with key oil producers, and even withdraw U.S. military support from Saudi Arabia and the United Arab Emirates.

A trio of House Democrats all in competitive reelection contests — Pennsylvania Rep. Susan Wild, Illinois Rep. Sean Casten and New Jersey Rep. Tom Malinowski — called the move “a hostile act” and a “turning point” in the relationship between the U.S. and the two Gulf states late Wednesday night and introduced legislation to remove U.S. military support from the two countries.

Malinowski told NPR that he believes the move was “deliberate” to hurt the U.S. as it supports Ukraine in the war the Russian invasion and deserves a swift response. In an interview Thursday, he said, “I just don’t see any good reason for us to maintain troops that are there almost solely for the purpose of protecting their oil fields and their security interest. It just doesn’t make sense to me.”

Malinowski said “there’s no question that MBS [Mohammed bin Salman], particularly the crown prince of Saudi Arabia, shares Putin’s worldview more than he shares ours. He doesn’t appreciate American advocacy for democracy in the world.”

The New Jersey Democrat said the bill is “an exact copy” of a bill that Senate Republicans pushed when Trump was in the White House to give him leverage when the Saudis were producing more oil to push the price down to harm U.S. production. He said GOP lawmakers at the time were on board and the threat of pulling out military support worked then and he hopes they will support this effort. Malinowski has spoken with officials at the White House and State Department, but declined to describe their reaction.

Democrats were divided on whether it was a good idea for President Biden to travel to Saudi Arabia and meet with the leadership over the summer. Malinowski said, “I felt that the trip was ill advised. I didn’t think we’d get much from it. At the same time, I didn’t think the Saudis would go to these lengths to screw us.”

The number 2 Senate Democratic leader, Sen. Dick Durbin, tweeted sharp criticism of the Saudi royal family, saying they have “never been a trustworthy ally” and “it’s time for our foreign policy to imagine a world without their alliance.”

According to a recent report from the White House to Congress, roughly 2,700 U.S. personnel are deployed to Saudi Arabia to protect U.S. interests and protect against hostile action from Iran or Iranian-backed groups. There are roughly 2,000 troops in the UAE.

The decision is already having an impact on gas prices, which had been trending down in recent weeks. According to AAA, the national average for regular gasoline rose from $3.831 per gallon to $3.867 just a day later, due to tight supply and steady demand. With the midterm elections less than 5 weeks away and the country facing record high inflation Democrats were already concerned that economic concerns would help fuel the ability of Republicans to retake one or both chambers of Congress. The GOP is favored to win a majority in the House of Representatives, and control of the Senate is a jump ball, with tight races in a small number of swing states.

Last month an effort pushed by Sen. Joe Manchin, D-W.Va., to include legislation reforming the permitting process for energy projects to a government funding bill was blocked, facing bipartisan opposition. Manchin tweeted that the OPEC+ decision called for a renewed effort to find agreement on the issue to decrease American dependence on foreign oil.

My statement on the agreement by the Organization of Petroleum Exporting Countries+ (OPEC+) to cut oil production by 2 million barrels per day: pic.twitter.com/seP4n2lCWl

On Thursday President Biden told reporters he was disappointed in the decision by OPEC+ and said, “We’re looking at what alternatives we might have.” Asked whether easing sanctions on Venezuela was under consideration, Biden said, “There’s a lot of alternatives – we haven’t made up our mind yet.”

Malinowsi said, “I find it incredibly distasteful and disturbing that we depend on dictators who hate us for our energy” and the way to avoid that was to accelerate a transition to clean energy and get away from relying on places like Russia, Iran, Venezuela and Saudi Arabia for the global energy supply.

Biden administration officials have recently discussed ramping up pressure on U.S. oil companies to increase production, specifically for the gap in prices between the wholesale price and the price consumers are paying at the pump. Other options to offset the decrease in supply would be to tap additional oil from the Strategic Petroleum Reserve or work with European allies to purchase oil at below market prices from Russia.

Top House Republicans’ response to OPEC’s announcement focused less on their squeeze and its impact on U.S. consumers and instead used the news to redouble their criticism of Biden’s “radical climate agenda.” In a joint statement Rep. Steve Scalise, R-La., Rep. Jeff Duncan, R-S.C., and Rep. Markwayne Mullin, R-Okla., urged a pivot to a strategy the GOP has pushed for years.

“Instead of begging foreign countries for oil and raiding our Strategic Petroleum Reserve, President Biden should reverse his anti-American policies and unleash domestic energy production. Making the United States energy independent again would lower energy costs for Americans and reduce our reliance on OPEC for oil. By, once again, becoming a net exporter of energy, the United States can harness its resources to meet not only our needs but also the needs of our allies.”

Many Democrats maintain that Biden has pressed U.S. oil companies to increase production but they have been resistant and have been reaping profits that have gone to stock buybacks instead of investing in new capacity.

No quick action on punitive measures

Any legislative efforts would have to wait until after the election. Both chambers are in recess with members focused on the final five week stretch until the midterms on Nov. 8. According to some aides familiar with discussions on the issue, lawmakers may push to attach something to the annual defense authorization bill that is expected to be considered in the lame duck session in November.

For now Malinowski acknowledged the bill was a “signal” to the president about the need to change the posture toward a longtime ally and he would need to sign off on it if the measure made to his desk. Malinowski added it’s unclear how quickly the cuts would go into effect and impact prices at the pump but argued, “I do think it’s important for the president to get ahead of that and to show the Saudis, the Emiratis and the American people that we’re not going to stand for this.”

Durbin, who chairs the Senate Judiciary committee, called for quick passage when Congress returns of a bill called the NOPEC — “No Oil Producing and Exporting Cartels” — Act. That measure, which cleared the committee with bipartisan support, would allow the Justice Department to bring antitrust lawsuits against members of the oil cartel and clarify that existing laws can’t shield foreign countries from charges of illegal price fixing.

Senate Majority Leader Chuck Schumer mentioned that bill as one option he is considering bringing up later this fall. “What Saudi Arabia did to help Putin continue to wage his despicable, vicious war against Ukraine will long be remembered by Americans. We are looking at all the legislative tools to best deal with this appalling and deeply cynical action, including the NOPEC bill,” Schumer said in a written statement. 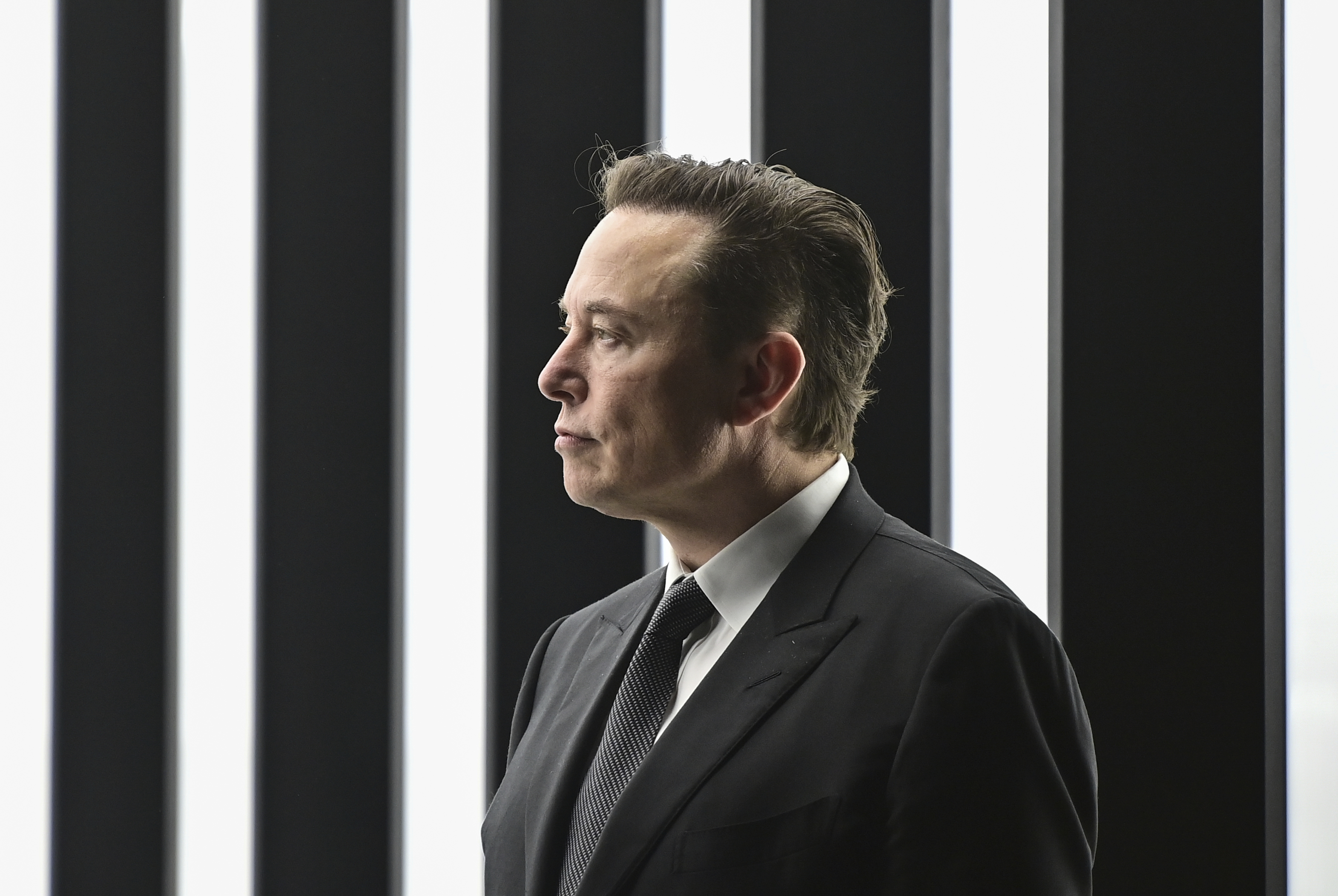 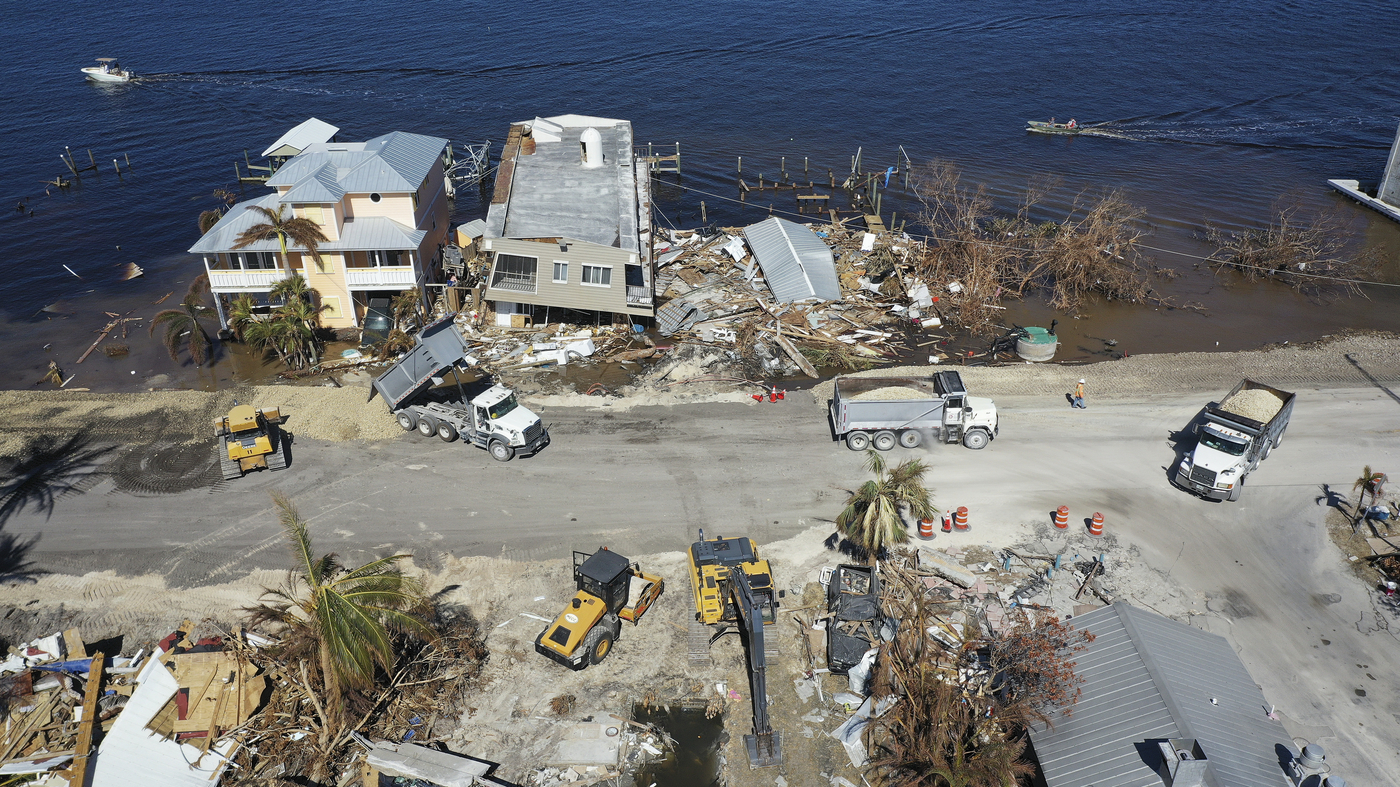 Get 80,000 bonus points for a limited time with the Chase Sapphire Reserve credit card | CNN Underscored

CNN Underscored reviews financial products such as credit cards and bank accounts based on their overall value, but does not review all financial companies or […]

Steve Kornacki applied his analytic prowess to one of the year’s most cherished contests and viewers were barking mad for it. The MSNBC political correspondent […]

Bruce Sutter, a split-finger ace and Hall of Famer, dies at 69

St. Louis Cardinals ace reliever Bruce Sutter celebrates after the last out in the ninth inning of Game 7 of the World Series at St. […]

Where is my California inflation relief money?

California has paid over 7 million eligible residents under the state’s inflation relief program since it launched last month. The relief payments are meant to […]