“I think it has changed everything,” LA City Councilmember Curren Price said in an interview. “It has disillusioned a lot of folks.”

If Bass defeats billionaire developer Rick Caruso, she will be the first Black woman to lead LA — and get the chance to be a peacemaker in her bitterly divided hometown.

The surreptitiously recorded conversation, which took place more than a year ago, captured three council members and a labor leader using racist language to mock a Black child and discuss bending the city’s redistricting process in their favor. Council President Nury Martinez — who resigned her seat Wednesday afternoon — was recorded calling the Black son of a fellow council member a “changuito“ (Spanish for “little monkey”) and comparing him to an accessory.

Throughout her campaign, Bass has pitched herself as someone with boots-on-the-ground experience, drawing on her time with the Community Coalition, a group she co-founded in 1990 with the goal of uniting Black and Latino communities to fight poverty, addiction and crime in South LA. Until this week, however, race relations had not featured prominently in the contest.

Bass acknowledged that shift when speaking to a group of community leaders Tuesday.

“Last week, the crisis in our city centered around homelessness, public safety and affordability,” she said. “The last 72 hours has created another crisis in our city, exposure of a racial divide, racial attacks by city leaders and the pain that it caused.”

Social upheaval over racial inequities has flared repeatedly over the years in Los Angeles, most famously with the Watts riots in the summer of 1965 and the unrest that erupted after the 1992 acquittal of the police officers who beat Rodney King, an event Bass witnessed firsthand when she led the community-based organization.

There’s broad consensus in Los Angeles that the next mayor will not only be expected to restore faith in a scandal-plagued City Hall, but heal racial division. It’s a daunting task for the most skilled of community organizers and politicians, and the expectations for Bass are high. If she misses the mark, she risks prolonging the public’s distrust in its leaders and damaging her own political reputation.

“I can tell you that she understands,” said former Mayor Antonio Villaraigosa, a longtime Bass ally. “She’s going to have to roll up her sleeves and get to work on day one.”

Caruso, who has spent more than $62 million bankrolling his own campaign, doesn’t often talk about race on the trail. At Tuesday night’s debate, he corrected a debate moderator who described him as white. “Italian,” he interjected.

He has tried to steer attention back to his long-running talking point about corruption at City Hall, saying the recordings highlight Los Angeles’ compromised power structure. On the tape, the leaders discussed how to carve up rival districts, dilute Black voting power and keep major businesses under their control.

Caruso, who trails Bass by 15 points among likely voters according to recent polling, has tried to tie his opponent to that corruption.

Martinez initially relinquished her leadership role and took a leave of absence from the council, but she announced Wednesday afternoon that she would step down from the board. The two other members on the recording, Gil Cedillo and Kevin de León, have made no indication they’re stepping down — despite vitriolic calls for their resignation, including from President Joe Biden.

Ron Herrera, president of the powerful Los Angeles County Federation of Labor who was also captured on the recording, has since resigned from his position.

Elected officials and political experts around the city say the new mayor will immediately be called upon to act as a stabilizing force who can convene frank discussions about race.

City leaders took similar steps in the ’90s, as Los Angeles reeled from the devastation of the Rodney King riots and conversations about simmering racial tensions, police violence and economic inequality became unavoidable.

Caruso, who has enjoyed monumental success in the private sector, has faced doubts that he’ll be able to wield the same kind of power and problem-solving abilities in public office, particularly in light of the latest developments.

Jessica Lall, a senior adviser to the Caruso campaign, said the real estate developer is focused on bringing the city together to solve “our most challenging problems” that have been exacerbated by the events of the last week. Caruso doesn’t shy away from a challenge, she added, saying he’s plenty able to have the tough conversations around race and rebuilding the city needs.

Bass supporters point to her years in the state Legislature and Congress as proof that she can build coalitions and lead in times of crisis.

“That’s the beauty of Karen Bass,” said state Sen. Steven Bradford (D-Gardena), chair of the California Legislative Black Caucus. “She can work with everyone. Black, white, Latino, Asian, women, men, Republicans, Democrats, Independents … this is not new to her.”

Assemblymember Reggie Jones-Sawyer, who served as an assistant deputy mayor for LA during the Rodney King riots, recalled a series of public conversations that allowed elected officials, city staffers and community members to open up about personal experiences and find common ground.

“One of the things the mayor of Los Angeles can do,” Jones-Sawyer said, “is really start a process of healing all of us and ultimately bringing us together.”

Bass’ background as a community organizer makes her suited to lead a racial reconciliation, said Fernando Guerra, director of Loyola Marymount’s Center for the Study of Los Angeles.

“She will have the language and the ability to do that,” he said.

But elected officials also said they expect voters will demand reforms at City Hall. That could include changing the redistricting process and expanding the City Council, which would allow for smaller districts and better representation for marginalized groups.

The Los Angeles redistricting commission is staffed by council appointees, which has long led to accusations of bias.

Both Bass and Caruso said they’d support a ballot measure to establish an independent redistricting commission. Price and a handful of other council members say they’re also prepared to push a ballot measure that could create half a dozen new council districts, an idea proponents say would help make the city’s representatives more accountable.

Los Angeles is home to nearly 4 million people, meaning each of the 15 council members represents more than 250,000 residents.

“Many of us feel that’s just too many people and too few representatives,” Price said.

In this moment of anguish for many in the city, experts and political leaders see the opportunity to fundamentally overhaul LA’s political machine for the first time in decades.

“There are moments when the window is open for a big change,” said Manuel Pastor, director of the USC Equity Research Institute. “And this might be one of them.” 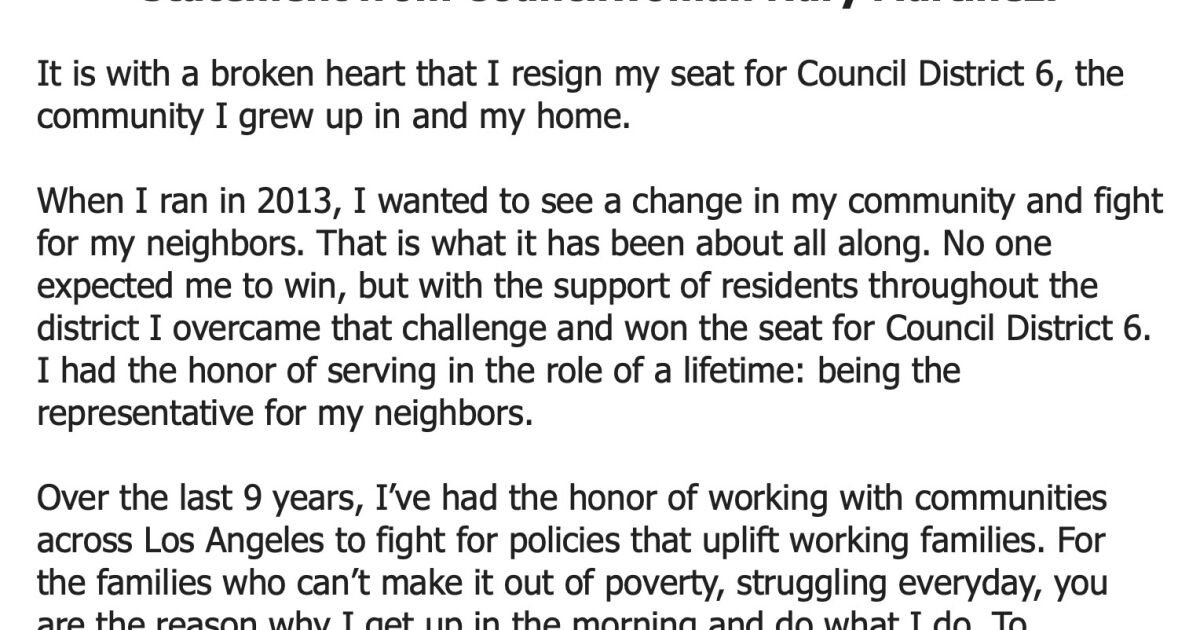 Emily Sisson, from the United States, runs to a second place finish in the women’s division of the Chicago Marathon on Sunday. Matt Marton/AP hide […]

What are the worst airports to fly into during winter?

As millions prepare to fly for the holidays, a look at an airport’s delays and cancellations can give travelers a preview of whether they’ll need […]