Plans to move a San Fernando Valley charter school closer to the underresourced Latino community that it serves have run into opposition from preservationists, who say the North Hills neighborhood already has enough schools and have raised concerns about a 1910s-era house on the proposed lot.

The single-story house at 15526 Plummer St. was one of the first constructed in Mission Acres, as North Hills was originally named. Built in 1914, the home was owned by John L. Plummer, a pioneering farmer who owned about 90 acres, according to a report by the city’s Cultural Heritage Commission.

SurveyLA, a citywide historic resources review, designated the property as “very rare” and a “remaining example of an intact 1910s residence.”

Debora Masterson, 72, who founded the 60-member North Hills Preservation Consortium, said the Plummer house and the adjacent parcel should be used for a museum dedicated to early California history and a community park instead of a school. She has been helping lead the charge for designating the house a historic-cultural monument, raising more than $5,000 to hire a consultant to write the nomination.

Members of the preservation group started a petition and staged a protest in July, arguing that there are already more than a dozen schools in the neighborhood.

The charter school, Valor Academy Elementary, has moved among temporary locations in Granada Hills, Panorama City and Arleta over the last seven years and aims to find a permanent home. Chief Executive Hrag Hamalian of Bright Star Schools, which runs nine charter schools in the Valley, Koreatown and West Adams, said the new location would shorten commutes for Valor Academy parents, many of whom have children at multiple Bright Star campuses.

The three Bright Star Schools in North Hills serve about 1,430 students, of which 93% are Latino and 94% are from low-income families, according to the charter group.

“This isn’t a new school,” Hamalian said. “We have almost 400 kids enrolled, and the only reason we can’t exceed enrollment is because of facility constraints. This property will allow us to grow the school larger.”

Hamalian said that he supports the historic-cultural designation for the house and that an architect and consultant have been hired to ensure the rest of the school buildings will incorporate the “continued motif and aesthetic of the home.”

“We’ve been honestly quite confounded, confused and hurt [by the opposition because] since the beginning of this project, we have been in full public support of the historical designation and the preservation of the house,” he said.

The school is waiting on city approval of its plans, expected to come in the next three to six months, before beginning construction.

In its preliminary plans, the school listed the house’s future use as administrative, but Hamalian said he remains open to other ideas for the house and collaborating with the North Hills Preservation Consortium.

“It’s hard not to draw a straight-line correlation between us wanting to build a school for 500 Latinx kids that live in this community and this historical designation being utilized to combat our school project,” he said.

Hamid Nouraf, the owner of the Plummer house since 2010, said that it was a “personal decision” to sell to Bright Star Schools and that it’s “providing a much-needed educational resource to the surrounding community.” Masterson reached out to him several times over the last year, he said, but he informed her that he was already in escrow with the school.

“As I understand, Bright Star is planning to incorporate the existing [single-family rental] Debora wanted saved as the office component of the new school,” said Frank Evanisko, Nouraf’s real estate broker. “It would seem to me like this should be music to her ears.”

But Masterson said the preservation group finds it “not acceptable” for the house to be used as a school office instead of a museum.

“You walk in the door and it’s as if the Plummer family is still living there,” she said. “They had wells and chicken coops in the backyard and they dry farmed. It gives people a sense of place and a sense of belonging that I think is really important.”

Masterson, who was raised in North Hills and whose late husband grew up about a quarter-mile away, said she came across the Plummer house on the city’s zoning website last year.

“It felt like a calling,” she said. “It felt like a thunderbolt or something hit me, and I was like, ‘I have to do something about this.’ For my late husband, for my family, for all of the people that I’ve known in this area.”

The Plummer family owned the house from 191219 before selling it, said Ken Bernstein, manager of the city’s Office of Historic Resources. They resided in their main home a couple of blocks to the west, but it was demolished in the 1980s.

If the building is approved as a historic-cultural monument, it can’t be torn down without the permission of the Los Angeles Cultural Heritage Commission.

“The fact that this home remains from 1914, even before this community became part of Los Angeles, it’s a very rare, intact example from that earliest time period,” Bernstein said.

The house’s nomination was approved by the Office of Historic Resources and the Cultural Heritage Commission, leaving the City Council to decide on final approval. Though the typical deadline for the City Council to act is Nov. 16, the time limit is flexible because of the city’s COVID-19 emergency declaration. Masterson said they’ve been told that “chances are very good” that the council will approve it.

Councilwoman Monica Rodriguez has backed the historic designation for the house but hasn’t taken a stance on what should be built on the property.

With the preservation group pushing for the lot to include a community park, Rodriguez emphasized the need for open spaces in park-poor neighborhoods such as North Hills.

“I think when you look at areas with a high concentration of multi-family homes, we saw through the pandemic that there’s a great deal of need for these types of facilities,” she said. “It’s good for mental health and respite when you have access to open space.”

Rodriguez’s request for $1.2 million from the state to acquire land for open space in North Hills did not make it into this year’s budget, according to her office.

“We’re in the circumstance where we’re leaning on this historic-cultural monument for preserving history and making sure whoever is there is respecting that and it’s an important part of whatever project ends up being developed there,” Rodriguez said.

Residents on both sides of the issue have spoken out about what the school site would mean to them.

Lesly Agustin, 31, has lived in the area for eight years and drives about 15 minutes between Valor Academy Elementary School and Valor Academy High School to pick up her four children. She said she’s “very happy” about the new school location, because it’ll cut her driving time by nearly half.

Yesenia Ostorga, 33, takes a taxi every day from Van Nuys to drop off her two children at Valor Academy Elementary. The new location will allow her to walk there in three minutes once she makes a planned move to North Hills, she said.

Ervin Arevalo, a member of the North Hills Preservation Consortium and a fourth-grade teacher at the Los Angeles Unified School District for 24 years, said using the house as a museum could be enriching for his students.

“It’d be good for students to come over and experience how these homes work,” he said. “There’s remnants of what it was like before. Just having artifacts there from a while back would be a great experience for kids.” 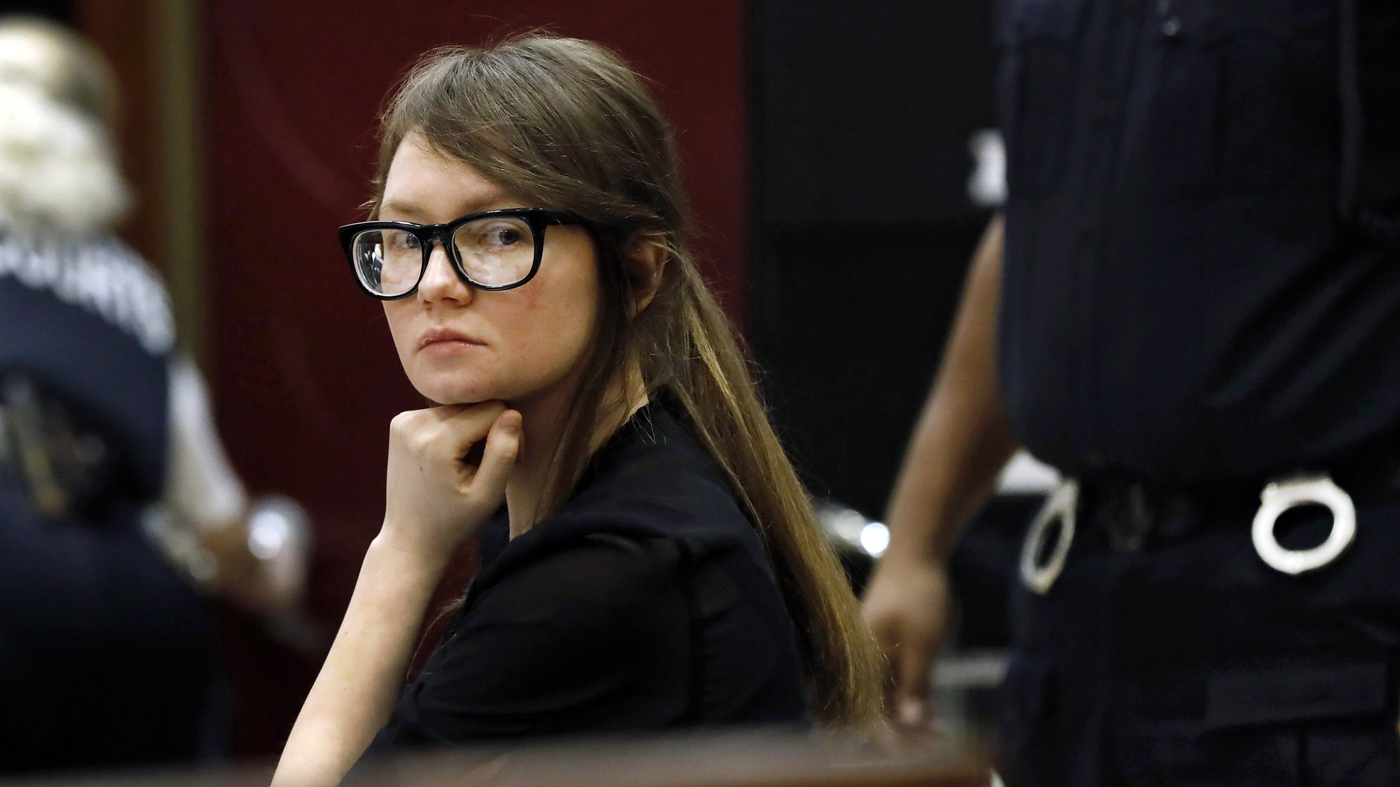 Previous Article Anna Sorokin, a swindler who inspired a Netflix series, is freed but faces deportation 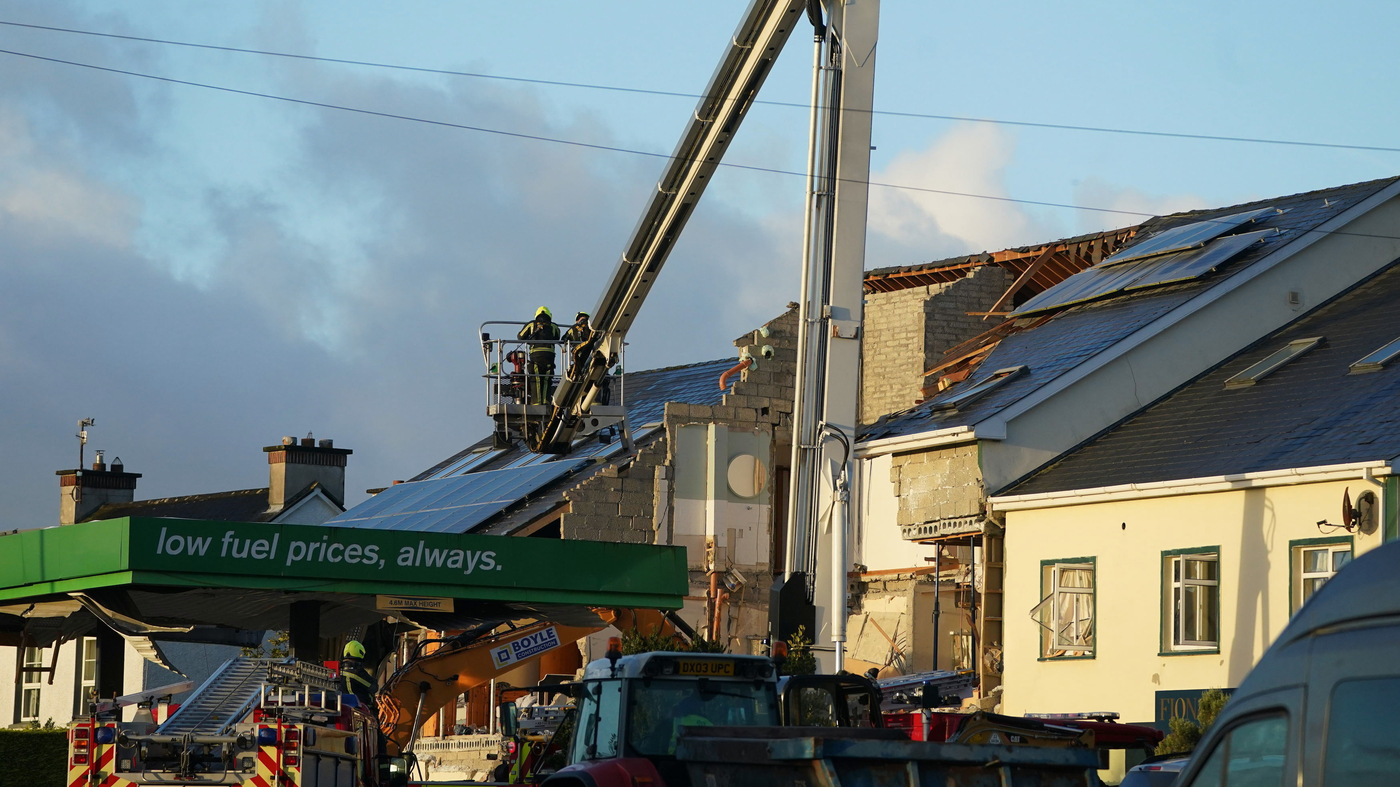 Next Article 10 people died in a gas station blast in Ireland. Police say it was likely accidental

A 17-year-old student was hospitalized for a possible drug overdose at Helen Bernstein High School on Friday afternoon, according to the Los Angeles Police Department. […]

This weekend, you’ll find a deal on Moon Pod bean bag chairs, discounted Homesick Candles and savings on Outdoor Voices. All that and more below. […]

‘My heart is so full’: TV anchor Lynette Romero debuts on NBC’s ‘Today in L.A.’