Steven Gallegos keeps a demanding schedule. As student body president at East Los Angeles College, he pitches ideas for improving mental health services and distributes groceries to students in need. That’s on top of maintaining high grades in hopes of transferring to UCLA.

Yet for all his involvement, Gallegos, 46, has not set foot in a classroom this semester. Instead he takes all his courses online, stealing time to complete exams and participate in class discussions between student government duties and serving as the main caregiver for his aging mother.

“Pretty much wherever I have time, that’s where I do my work,” he said.

Gallegos is among the thousands of California community college students who have changed the way they are pursuing higher education by opting for online classes in eye-popping numbers. The demand for virtual classes represents a dramatic shift in how instruction is delivered in one of the nation’s largest systems of public higher education and stands as an unexpected legacy of the pandemic.

Although students were forced into virtual instruction by the COVID-19 emergency in March 2020, they soon found greater flexibility online, much like the U.S. labor force. For a population of students who tend to be older and come from low-income backgrounds, moving online enables them to more easily juggle work, child care and family responsibilities. The high cost of commuting is gone, too.

In pre-pandemic fall 2019, 80% of community college classes were fully in person, 15% were fully remote and 5% were hybrid, a mix of online and in-person, according to a state report. Two years later, the numbers were nearly flipped, with 25% of classes in person, 65% remote and 10% hybrid.

Statewide numbers for fall 2022 are not yet available. But on questionnaires and through class registration, students consistently indicate they want virtual options.

“It may never go back to what it was before the pandemic,” said Daniel Payares-Montoya, a research associate at the Public Policy Institute of California who has studied enrollment in online classes at community colleges. “Students are going to keep demanding more and more online education.”

The monumental shift online comes amid plummeting state enrollment — which stood at 1.2 million students in fall 2021, about a 20% drop from pre-pandemic fall 2019. Administrators pivoted to accommodate the change, rather than risk losing more students. They say it’s a matter of making community colleges accessible, a fundamental mission of the system.

But the move also raises questions about how to maintain quality instruction so students make progress toward graduation and how campus facility needs might change. Also, many students still want an in-person campus experience, making scheduling tricky for colleges.

For his part, Gallegos wants options. He plans to ease back into in-person classes at ELAC next semester, once his schedule slows down.

Weeks before the start of the spring 2022 semester at San José City College and Evergreen Valley College, Jessica Breheny answered panicked emails from fellow faculty. Enrollment for in-person courses was low and educators feared their classes could be canceled.

Earlier, students of the two Santa Clara County schools signaled their desire for online classes in surveys. Demand for virtual options soon outpaced availability during registration, Breheny said. Students who wanted to take online or hybrid classes landed on waitlists, while many in-person classes were below capacity.

Officials scrapped dozens of classes that failed to meet enrollment expectations — and most of those classes were in-person. Some part-time faculty lost work. Breheny worried that students who had enrolled in the canceled classes would grow discouraged.

Ryan Brown, a spokesperson for the San José-Evergreen Community College District, said that in the same survey students indicated they were “somewhat likely” or “very likely” to take in-person classes.

“Everything that we have indicates that what students want is variety and options,” he said. This fall, Brown said nearly 40% of classes at both San José and Evergreen are fully remote.

At other campuses across the state, online enrollment also remains strong this academic year.

In the nine-campus Los Angeles Community College District, 50% of classes are remote, 7% are hybrid and 43% are in-person, according to district data.

At East Los Angeles College, fall classes are evenly split between online and in-person. Before the pandemic, just 10% of classes were online. The college will offer at least 40% of classes virtually in future years, said Alberto Roman, president of the college.

Of the more than 1,500 courses offered at Rio Hondo College in Whittier this fall, 769 are in-person and 750 are online, according to Don Miller, vice president of academic affairs, offerings that are now “part of our reality.”

Students called for more online courses in early 2020, when the largest governing student body, the Student Senate for California Community Colleges, passed a resolution urging colleges to create pathways to earn degrees online because “traditional class formats and schedules within normal business hours are burdensome” and an educational barrier.

In November 2021, a survey of 400 prospective students by the state community college system showed that students across racial groups named “access to online classes” as one of the biggest motivators that would lead them to enroll in community college.

Community colleges have led remote education in California for decades, starting in the 1980s when two-year colleges offered instruction through television and videocassettes. Internet-based classes were introduced in the early 2000s, according to researchers.

Marty Alvarado, executive vice chancellor for educational services at California Community Colleges, said she believes the system is ready to handle its new virtual reality. “We have been preparing,” she said.

During an enrollment fair in August at L.A. City College, 32-year-old Byron Argueta signed up for four classes — two are online and two are in-person. Logging on from home saves gas money. And he doesn’t have to worry about finding after-school care for his 8-year-old son.

“I like going to school at home because it lets me do more stuff throughout the day,” he said.

Her virtual classes are in child development, a subject that she said comes naturally to her. She picked in-person classes for more challenging subjects, such as sociology, so she can receive more intensive guidance.

Taking online classes frees time for Gonzalez’s two retail jobs, and to help her mom look after younger cousins. But she acknowledged that online asynchronous classes — in which students watch recordings or work through self-guided modules rather than participate live — require self-discipline.

“I’ve had issues where before, I’d forget I had class because it was asynchronous and I just didn’t do the work,” she said. “You have to be on top of it.”

In 2014, the Public Policy Institute of California published a report that found community college students were less successful in online courses than in traditional courses, and that online learning exacerbated achievement gaps.

However, the same report found that students who took an online course were more likely to earn an associate’s degree or transfer to a four-year university than those who did not take an online class. And more recent data has shown that students are now completing online classes at nearly the same rate as in-person courses.

“I’m sure there is a wide variation. You still have some online courses where they are not the best,” said Marisol Cuellar Mejia, a research fellow at the Public Policy Institute of California. “But there have been efforts to improve the quality.”

Earlier 2011 and 2013 studies examining online instruction in community colleges found that students who took virtual classes had poor retention rates and received worse grades than students who attended classes in person, said Thomas Brock, director of the Community College Research Center, which is housed at Teachers College at Columbia University. But there have been vast improvements in online education since then. Brock said it’s still too early to know what the outcomes for students currently enrolled in online classes will be.

At Bakersfield College, students are completing online and in-person classes at similar rates, officials said. They credited the success to investments the college has made in distance education, including training for educators.

Every instructor is required to take three 16-week courses about providing distance education. They learn lessons on fostering online communities and building virtual classes on Canvas, an online learning platform.

“We have a lot of our younger students who want to be face to face,” said Emmanuel Mourtzanos, a vice chancellor in the Kern Community College District, which includes Bakersfield. “But I think that a lot of our older students are saying, ‘I never thought that this was possible.’”

As she waited in line to enroll in fall classes at the summer enrollment fair at L.A. City College, Dalila Mora buzzed with excitement over returning to school.

The 17-year-old said she struggled with distance learning in high school. An aspiring actor, she prefers in-person classes so she can rehearse scenes in person and meet new people.

Mora’s biggest goals this school year are to “have fun … enjoy life,” she said.

At Long Beach City College, Priscilla Bravo Arias, an assistant professor of microbiology, said online classes have enabled the college to reach students who might not otherwise enroll. But virtual platforms are not conducive to conducting laboratory experiments, which is a central to her classes.

“It’s just simply not possible for us to be fully online again because we have labs,” she said. Arias is teaching a hybrid course this fall, where students meet on campus three times a week and online once a week.

For some, the proliferation of online classes raises questions about the role of physical campuses.

During an August vote to place a $5.3-billion bond measure to renovate campuses in the Los Angeles Community College District on the November ballot, one district trustee questioned the necessity of spending money on new construction when so many students are learning online.

“What I’m fearful [of] is we’re building a ghost town,” said Ernest Moreno, the lone trustee who voted against putting the bond measure on the ballot. Supporters say the bond is necessary to revamp aging buildings, upgrade athletic fields and outfit classrooms with new technology.

James McKeever, a sociology professor at Los Angeles Pierce College and president of AFT Local 1521, a faculty union in Los Angeles, has noticed differences in student participation. Online conversations in his sociology classes lack luster — students “do the bare minimum” and respond to prompts on discussion boards with generic answers, he said.

McKeever said he recognizes online options are valuable for students stretched with other responsibilities. But with community college enrollment at historic lows, he favors colleges doing more to engage with students and bring them back to campus. He worries about the relationships that are lost when learning takes place in front of a screen.

“There’s something about taking a face-to-face class you just cannot duplicate in a fully online environment,” he said.

Still, Ivonne Rocha, 40, who has been a student at East Los Angeles College since 2016, has found the online offerings to be a lifesaver, enabling her to squeeze in classwork while her young children are napping or at school. 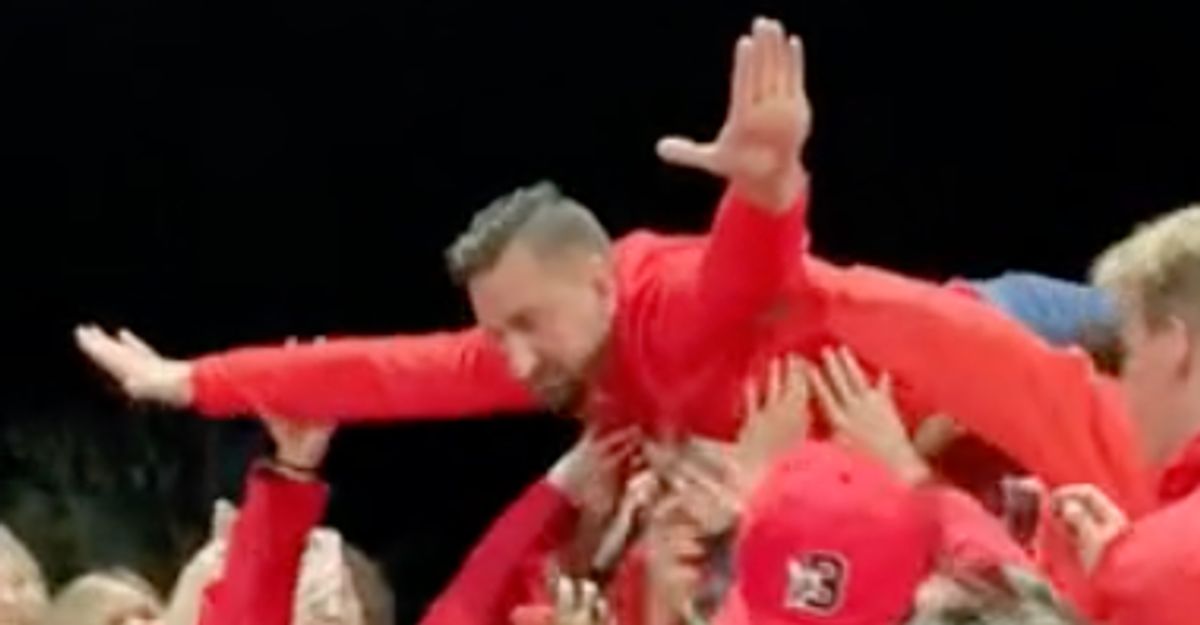 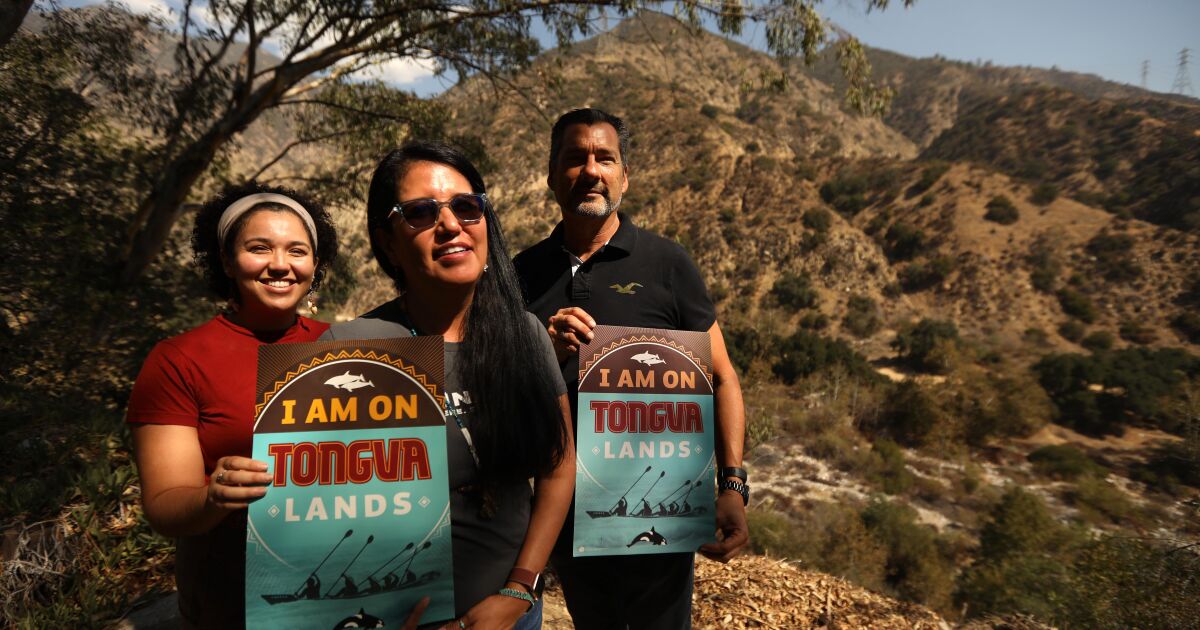 Next Article After nearly 200 years, the Tongva community has land in Los Angeles County

San Francisco building single public toilet that will cost $1.7 million and won’t be completed until 2025

Local officials were set to gather on Wednesday in San Francisco’s Noe Valley Town Square to celebrate their latest win: a single public toilet that […]

For Afghans who fought against the Taliban, life is fraught under their rule