“There are a lot of alternatives and we haven’t made up our minds yet,” Biden told reporters Thursday.

For now, the White House is pledging to work with Congress on a bill to allow the U.S. to sue oil cartels for antitrust violations, a step that lawmakers from both sides of the aisle have threatened before but which the Biden administration has been wary of taking.

“This is really the first time we have a president who’s supporting it with a Congress that looks likely to support it as well,” said Kevin Book, managing director of ClearView Energy Partners, a research firm. “What was previously unthinkable is no longer unthinkable.”

Senate Democrats are weighing action, too. “We are looking at all the legislative tools to best deal with this appalling and deeply cynical action,” Majority Leader Chuck Schumer
said in a statement.

The rest of the menu of options under discussion range from the imperfect to the disastrous, market analysts tell POLITICO.

Their consensus opinion is that policy measures that would actually bring down gasoline prices will require long-term planning, so the best thing lawmakers could do for the energy markets now is to shut up.

For perspective, oil prices are still below $90 a barrel, down from $122 in June. And gasoline prices, while high at a national average of $3.891 a gallon as of Friday, don’t appear to be causing the sort of widespread voter outrage seen earlier in the summer.

“In the absence of good measures, I think it might be better not to say too much,” Rachel Ziemba, adjunct senior fellow at the think tank Center for a New American Security, said in an interview. Instead, she said, Democrats should focus on what they have done to reduce U.S. oil dependency through last year’s bipartisan infrastructure law and the Inflation Reduction Act that Biden signed this year.

Before Wednesday’s meeting of OPEC+, “a lot of folks were upping the ante” on how dramatic the oil reductions would be, Ziemba said. “If anything, it might have overstated the impact of the cuts.”

Absent donning a muzzle, these are steps that Biden and other Democrats have floated as potential ideas so far for responding to the cartel:

The White House pledged on Thursday to “consult with Congress on additional tools and authorities to reduce OPEC’s control over energy prices,” an apparent reference to a bill that lawmakers of both parties have offered multiple times in recent years.

The so-called NOPEC bill — No Oil Producing and Exporting Cartels — would change antitrust laws to allow the Justice Department to sue nations that restrain trade in oil, natural gas or any petroleum product.

The bill, S. 977 (117), easily cleared the Senate Judiciary Committee on a bipartisan basis in May. Schumer has not yet said if he will bring the measure to the floor, amid a jam-packed to-do list when the Senate returns after the November election.

Judiciary Chair Dick Durbin
(D-Ill.), echoing calls from top committee Republican Sen. Chuck Grassley
of Iowa, is calling Congress to pass the measure before the end of the year.

“It’s time for our foreign policy to imagine a world without this alliance with these royal backstabbers,” Durbin said in a statement.

It’s unclear if Republicans, though, will be eager to help Democrats address their OPEC problem at a moment when the GOP is accusing Biden’s policies of causing high fuel prices by limiting oil and gas leasing on federal lands.

Some Republicans scoffed at Biden’s vow to consult with Congress on the OPEC response, saying Democrats need to show a willingness to increase drilling at home.

“Unless their consultation includes openness to some level of domestic production increase, it’s words,” said Dan Kunsman, chief of staff to Sen. John Barrasso
of Wyoming, the top Republican of the Energy and Natural Resources Committee.

The threat of NOPEC and similar legislation might serve as a fast ball to brush back OPEC on occasion, analysts said. But enacting it and unleashing lawsuits against OPEC members would lead to a new level of antagonism between the U.S. and the cartel, potentially spooking oil markets. It also wouldn’t necessarily bring down prices at the pump anytime soon, analysts said.

The Energy Department has jousted with oil companies for months over the idea of temporarily limiting how much fuel the United States exports, a figure now at around 4 million barrels a day.

The Energy Department argues that the fuel could be better used to fill regional inventories inside the U.S, which are below the seasonal average. Amos Hochstein, the State Department’s senior adviser for energy security, is reviewing the option, people familiar with the effort told POLITICO.

The problem with that idea? The U.S. refining industry is operating at reduced capacity as older plants that have been running flat out for months have suffered production hiccups, and several have been forced into maintenance. With demand remaining strong, basically, every drop of fuel is heading to consumers, including those living in allied countries that have seen their domestic prices jump as they move away from Russian supplies. Taking that fuel off the global market would almost inevitably lead to higher prices and anger Europe, where a large percentage of U.S. diesel goes.

“The U.S. could stop exporting refined products — as has been proposed — or it could even curtail or stop crude oil exports, and make them illegal again,” Bob Ryan, chief commodity and energy strategist at the analyst firm BCA said via email. “Either of these would be extraordinarily disruptive to the global energy markets.”

The U.S. has one for crude oil, and Biden has released more than 170 million barrels from it this year. But it does not have a stockpile of gasoline or diesel fuel.

The problem with this idea is that gasoline has a much shorter shelf life than oil — it typically has to be used within six months before it begins to deteriorate. That means any reserve would require constant swapping in and out of fuel to make sure everything stays fresh. A reserve would also have to account for the different gasoline types sold in various regions.

Ease sanctions on Iran and Venezuela

Probably one of the more politically risky moves could also be the likeliest to bring down crude prices. Lifting economic sanctions that block Venezuela and Iran from exporting oil would bring more supply into the market and ease pressure on supplies, experts said.

The administration has launched efforts to negotiate with those regimes — especially when domestic fuel prices rise. But reaching any sort of agreement that would be palatable from a policy and political standpoint will take time.

“I think there is now a clear incentive to ease sanctions on several oil producers such as Venezuela,” Christophe Barraud, chief economist at the global investment research firm Market Securities, said via email. “The question of an Iran nuclear deal will be once again on the table. So new tentative negotiations will probably be a focus in the coming weeks.”

Republicans have been using OPEC’s announcement to bash the Biden administration’s energy policies, contending that the country had been “energy independent” under President Donald Trump.

That characterization isn’t exactly accurate, even though the U.S. became a net petroleum exporter under Trump and remains one under Biden, shipping out more crude and refined products than it imports. Oil prices — the biggest factor in the costs of gasoline and diesel — are determined on the global market, so any disruptions affect prices anywhere the fuels are burned.

“The idea that increasing oil production and exports at a higher price is going to protect us from an oil market set by the balance of global supply and demand would fail a freshman economics class,” Rep. Sean Casten (D-Ill.) said in an interview.

The Biden administration, much to the exasperation of environmental groups, has steadily issued permits to drill for oil and gas on public land, and has seen its calls to stop new drilling on public land blocked by the courts and Congress.

Given that, there’s not much the administration can do with domestic oil production regulations that would offset OPEC’s cuts, said CommodityContext’s Johnston.

“The U.S. industry will say tax cuts or regulatory easing or whatever,” Johnston said. But in the end, he added, “federal policy is not the make-or-break thing that’s going to move the trajectory of U.S. production.”

That would bring a downside, though, since the move would represent a dramatic strategic change in the U.S. security apparatus in the region.

“There needs to be specific actions against Saudi Arabia,” Rep. Ro Khanna
(D-Calif.) said in an interview. “I am open to the administration’s proposals on things that can weaken OPEC. But we need more than that. We have done so much for the Saudis and they can’t help during an energy crisis? It’s absurd and it’s really offensive to the American people.” 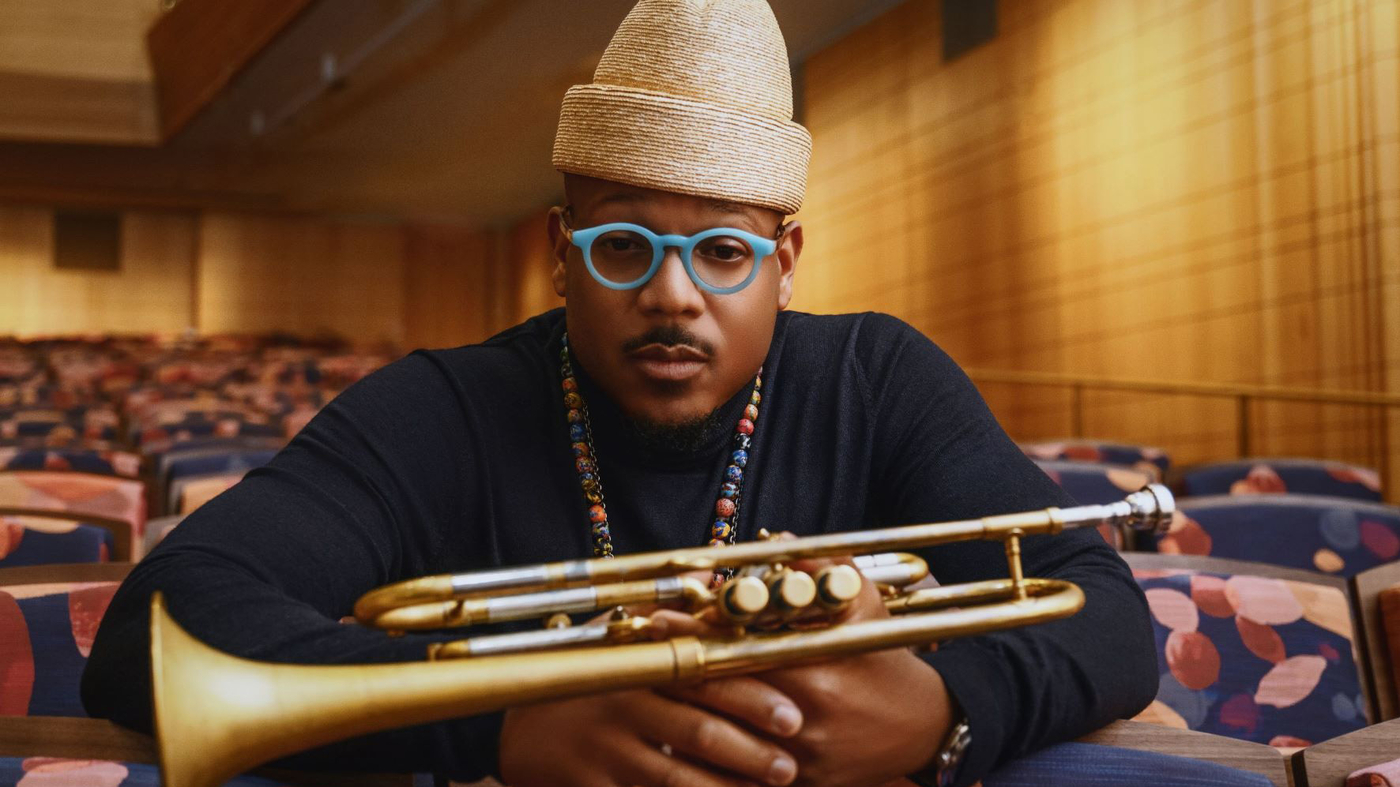 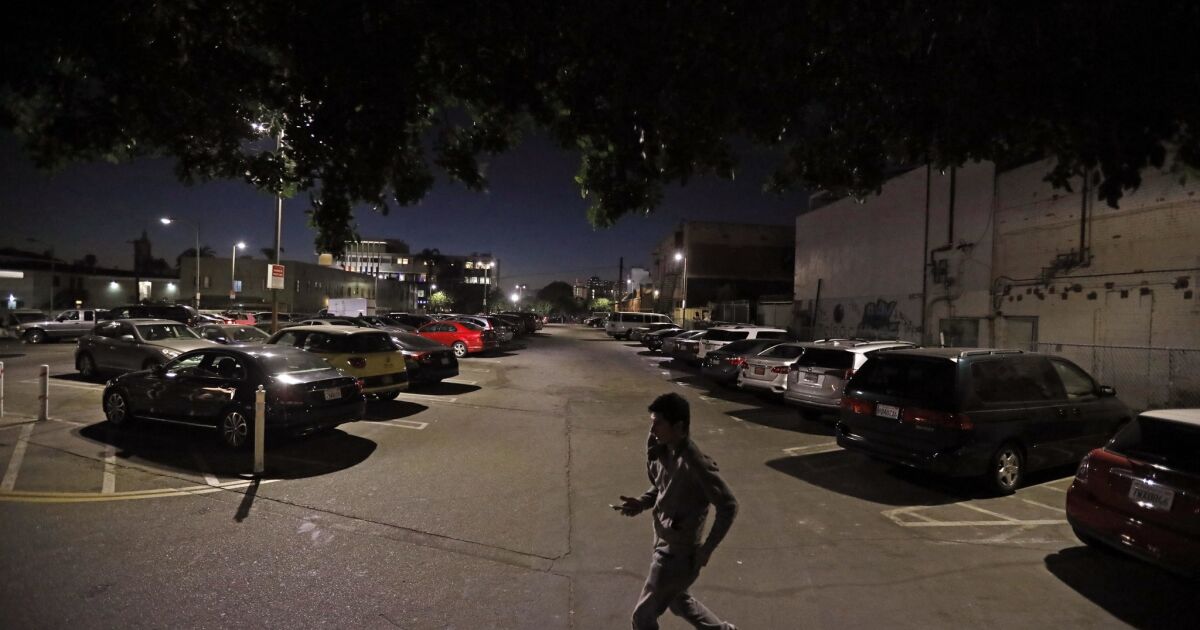 ‘Vogue’ has ‘an easy case’ in lawsuit against Drake and 21 Savage, experts say

The Most Important Midterm Elections Have Nothing To Do With Congress

Over the last two years, state legislatures have served as the epicenter of the far-right’s assault on American democracy. Republicans have used their dominance of […]

Can’t bear to be alone this holiday season? A human-sized emotional support bear might be the perfect gift for you or a single friend. The […]

Ke Huy Quan was a child when “Indiana Jones and the Temple of Doom” made him a star in 1984. While he fondly remembers starring […]