It’s been a long time coming but Netflix has officially announced a launch date for their ad-supported plan. The cheaper tier will become available to Netflix subscribers in November.

Previously, Netflix CEO Reed Hastings had promised to never introduce ads to the streaming platform, though things changed when the company reported its first subscriber loss in over a decade last spring. Seemingly as a way to combat this, he announced that the streamer would eventually offer a cheaper, ad-supported subscription tier. And it looks like the day has finally come.

According to Variety, Netflix Basic with Ads is set to drop on Nov. 3 at 9 a.m. PT. It will reportedly cost $6.99 per month — just a few dollars less than the Basic Plan, which will cost $9.99 per month and not include ads.

So what’s the catch? Aside from not being able to download movies and shows for offline watching, the ad-supported plan will not include all of the same content that you get by paying for the full version. In fact, depending on what country you’re tuning in from, anywhere from 5-10% of titles won’t be available on the plan. As we previously reported, this is due to licensing issues with other studios, meaning we likely won’t have to worry about Netflix originals like Stranger Things or Bridgerton being unavailable on the ad-supported plan.

When the new tier launches, ads are expected to last for either 15 or 30 seconds and will come to an average of four to five minutes per hour. They will play before and during each title with the exception of new-release movies, which will only play before it starts in an effort to “preserve the cinematic experience,” according to Greg Peters, Netflix’s chief operating officer, per Variety.

The outlet also reported that subscribers with the ad-supported plan will have to put in their gender and date of birth so the streamer can eventually display ads based on their demographic. 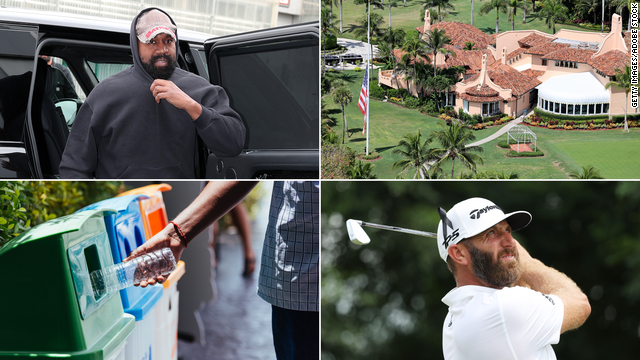 Anthony Johnson, who starred in UFC and challenged for the light heavyweight title multiple times, has died after battling an illness. He was 38. Bellator […]

Still missing your inflation relief money? You’re not the only one

Louis Tomlinson is getting candid about life after the breakup of One Direction. In an interview with The Telegraph, the singer-songwriter detailed his struggle trying […]

Those fears could still come true, as other Republican senators declined in interviews Tuesday to say how they would vote, even as proponents of the […]