My Breasts Were Removed Due To Cancer. Living Flat-Chested Didn’t Go As I Expected.

Check out more stories from Busted, our series that offers an unfiltered exploration and celebration of our boobs and ourselves during breast cancer awareness month.

I stood in front of the bathroom mirror and carefully removed surgical tape, absorbent pads and strips of antiseptic-soaked gauze. Scabby dark lines ran horizontally over the slightly bruised skin where my breasts had been — lines studded with stitches made from thread designed to dissolve in the body. On one side, I could see the shadows of ribs under my skin. There the surgeon had gone closer to the bone in order to remove deeply set cancerous tissue.

I looked at my new flat chest not with sadness but with curiosity. Fairly buxom since my preteen years, I had often felt conflicted about my breasts. At first I was excited to show such obvious evidence that I was joining the ranks of adult women. Too often, though, they seemed to attract unwanted attention — from middle school boys popping my bra strap to strangers yelling at me on the streets or muttering in elevators. Years later, when I nursed my newborn baby for the first time, I started to appreciate my breasts — and my identity as a woman — in a completely non-sexualized way: a way to nurture new life.

Perhaps surprisingly, the removal of my breasts intensified my identification with my gender, perhaps because it was treatment for a disease I shared with so many women. I began to understand that it was not my body but my experiences — of sexual harassment and assault, of childbirth and of breast cancer — that made me feel like a woman. As I looked in the mirror, I thought about the photograph I’d seen when I was young: a woman proudly holding out her arms after her mastectomy, her scar the branch of a tree. I wanted to be as strong and proud as she was.

My husband squeezed into our small bathroom and looked at my reflection.

Focusing on my effort to be brave rather than beautiful, I had believed my husband’s love for me did not depend on how I looked. I was taken aback by the word he had chosen, and now all I could think about was how other people might see my body. How could he ever think of me as beautiful with all these uneven scars instead of feminine curves? I started to feel more fragile than I had just moments before.

David turned the stiff taps in the bathtub — a twisting movement I couldn’t yet make without discomfort — and waited for the water to heat up. I couldn’t lift my arms above my shoulders either, so David washed my hair using the handheld shower attachment. Water streamed over my hair and tears flooded my face.

“Does the water hurt?” he asked, concerned.

I shook my head. All I could think to say was that I felt naked, which I knew was ridiculous.

“Well, you don’t have to decide right now,” he said after a pause. “You can always go back for reconstruction surgery if you want. Or you could just stuff socks in your bra!”

Although I couldn’t do anything about my flatness while I was healing, I kept thinking about stuffing my bra. When I was young, my grandmother worked in a department store where she sold what she called “falsies” to post-mastectomy women. The bra inserts were stored under the counter so customers could request them without attracting attention. Most medical professionals now call the inserts “breast forms,” and women in breast cancer discussion groups often refer to them as “foobs,” or fake boobs.

Before my mastectomy, I had decided I would publicly “go flat” — that is, not have reconstructive surgery or wear prostheses — because I thought it would help me accept my changed body and also because I believed it was the most honest thing to do. I wasn’t ashamed that I had been diagnosed with breast cancer, and I didn’t want to hide the diagnosis as so many women of my grandmother’s generation had. If I was public about my own surgery, I reasoned, other women might feel less alone. Being clear about my diagnosis and showing the ways treatment had changed my body might help normalize the realities of breast cancer.

Or at least that is what I felt before David’s comment. Now all I could think about was how other people might stare at me or judge me. I was nervous when I contemplated my first forays outside. Would strangers who realized I’d had a mastectomy always think of me as still sick and simply pity me? Would women who’d decided to have reconstruction or wear breast forms think my flatness was a rejection of their own choices?

I called my closest friends. Not surprisingly, they all assured me that they would support me, whatever I decided to do. A few offered to take me to the local thrift store to shop for clothes for my new flat body. If I chose instead to stuff my bra, they promised to use their crafting skills to make “fiber foobs” for me. I have since learned that homemade breast forms have an assortment of creative nicknames — from “knitted knockers” to “stash busties” (since these small projects can be a great way for a crafter to bust through a stash of yarn left over from larger projects).

Maybe I would choose to wear them just occasionally, my friends suggested — with a favorite dress fitted to my former body or for job interviews when I wanted to be inconspicuous. Or perhaps I should keep people guessing. How about size B on Wednesdays, size DD on Thursdays and flat on Fridays? Their jokes left me laughing about my choice. Just knowing that I had funny friends willing to back me up no matter what I decided boosted my confidence. I acquired a few sets of outlandishly colored foobs and tucked them into a drawer formerly filled with sturdy beige underwire bras.

After my surgical drains were finally removed but the stitches hadn’t yet dissolved and my chest was still tender, we filled our small car to the brim with clothes, books and bedding to help our son move into his new college dorm. My breast surgeon made me promise not to carry boxes up to our son’s third-floor room and to wear my bandages — and not my new foobs — all weekend.

As I walked around on campus with my flat chest, people didn’t seem to notice my body’s shape — not even my former teacher who’d undergone a mastectomy herself. Not one person stared or made comments. It didn’t take long for me to decide that I was brave enough to go flat — at least most of the time. Being breastless was not nearly the public crisis — nor, I suppose, the activist statement — I thought it might be.

As we drove home in our now-empty car, I began to understand that when David said I was beautiful, he wasn’t talking about my body; he was acknowledging me as a full person. He assured me that I didn’t need a traditionally feminine shape for him to love my body just as much as he always had. What really made me beautiful, he taught me, was that I was already as strong as a tree.

Hannah Joyner is an independent historian and freelance book critic living in the Washington, D.C., area. She talks about books and reading on her YouTube channel, Hannah’s Books. Currently, she and her husband are writing a memoir together.

Do you have a compelling personal story you’d like to see published on HuffPost? Find out what we’re looking for here and send us a pitch. 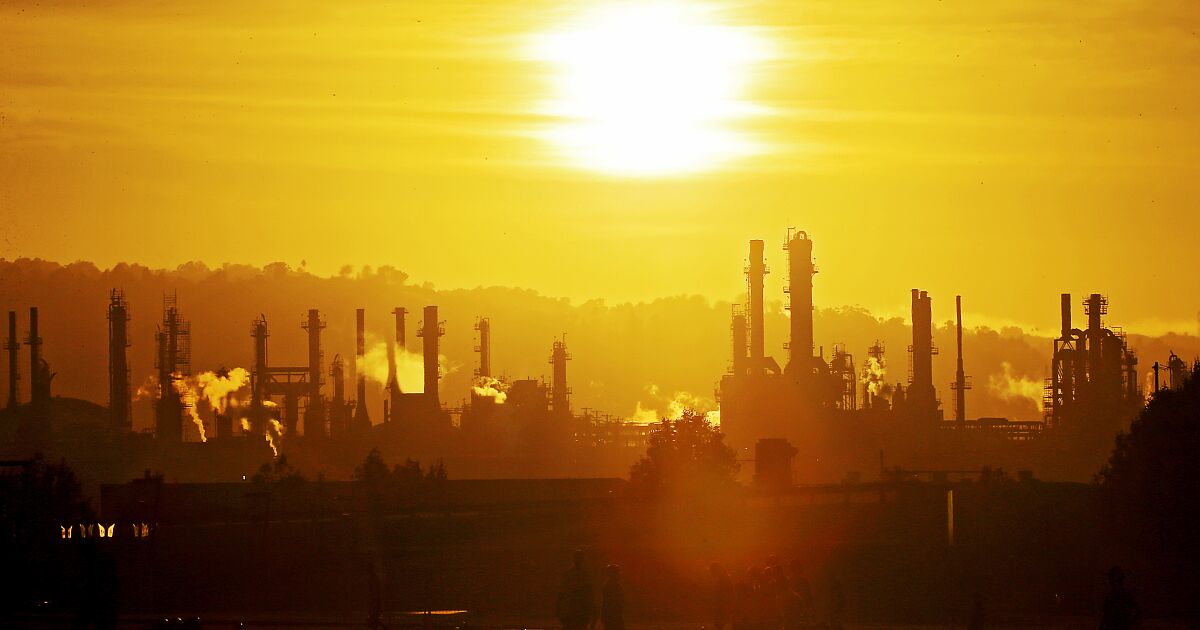 Next Article High gas prices and unstable supplies aren’t new for California. Why has it gotten worse?

Abortion policy is major issue in midterms. Where are progressive men?

Abortion policy is major issue in midterms. Where are progressive men? For You News Sports Entertainment Life Money Tech Travel Opinion With fewer than two […]

A New Jersey teacher accused of “forcibly” yanking the hijab off a second-grader’s head is suing Olympic fencer Ibtihaj Muhammad for defamation. Last October, one […]

Whether they prefer snuggling up with a book and their favorite warm beverage, kicking back in a long, hot bath or having a few friends […]