MPX cases falling dramatically in California. Is the outbreak ending?


A promising decrease in new MPX cases in Los Angeles County is probably the result of vaccination efforts, changes in behavior among higher-risk individuals and growing natural immunity for survivors, officials said.

The nation’s most populous county publicly reported just 53 new cases of the disease for the seven-day period that ended Thursday. At the apparent peak of the outbreak, from Aug. 19 to Aug. 25, 313 cases were publicly reported.

A similar trend is evident when looking at cases by episode date — a slower but more accurate process that tracks infections based on when someone first tested positive for MPX or started experiencing symptoms. Using that method, L.A. County peaked at about 288 weekly cases for the seven-day period that ended Aug. 20, compared with 62 weekly cases observed in late September.

“We remain encouraged that we continue to see this steady decline in cases in L.A. County,” Dr. Rita Singhal, chief medical director of the Los Angeles County Department of Public Health, said during a briefing Thursday.

Similar trends can be seen elsewhere. As of mid-September, California was seeing about 260 cases a week, down from a peak of about 680. San Francisco had nine weekly cases by late September after peaking at 145 in late July.

Citing a recent report from the U.S. Centers for Disease Control and Prevention, Singhal said likely factors that have contributed to the slowing of new infections include vaccinations, a reduction in riskier behavior, “and, possibly, infection-acquired immunity within networks where high transmission of monkeypox was occurring.”

MPX, as California health officials are referring to the disease because of widespread concerns that its original name is stigmatizing and racist, behaves far differently from COVID-19. With the latter, it’s possible to get reinfected — sometimes within weeks — and hyper-infectious variants can spread easily through the air.

But in the current MPX outbreak, the virus has been much less transmissible, generally requiring intimate skin-to-skin contact to spread. And scientists suspect MPX survivors might have long-lasting immunity after an infection.

In light of widespread concerns that the name “monkeypox” is racist and stigmatizing, the World Health Organization and other public health agencies have pledged to find a replacement. The Times will refer to it as MPX, which is used by the California Department of Public Health.

“As that immunity builds in certain networks, there’s going to be a decreased risk of transmission. You’re not going to have as many people that the virus can then go to,” Singhal said.

Dr. Peter Chin-Hong, an infectious-disease specialist at UC San Francisco, said the number of patients with MPX at the hospital has “dropped down drastically” from the summer. The number of people seeking Tpoxx, an antiviral treatment for severe MPX cases, has likewise decreased — from about 15 a week to just one or two, he said.

Almost 200 people across California have been hospitalized at some point for MPX, according to the state Department of Public Health, but less than 30% of those occurred in the last month.

California has reported a bit more than 5,000 probable and confirmed cases since the outbreak began, the most of any state.

The cases in this outbreak have primarily spread among gay and bisexual men and some transgender people, but anyone, regardless of gender or sexual identity, can catch the virus. Though MPX is not considered a sexually transmitted disease, it spreads most easily during close, skin-to-skin contact, which can include sex.

In L.A. County, 96% of cases have been in men. Among people whose sexual orientation is known, 90% identify as gay or bisexual, according to county data.

Out of the nearly 3,800 California MPX cases for which information is available, the vast majority — about 95% — were not hospitalized during their illness, according to the California Department of Public Health.

However, the disease can still have serious health consequences. Authorities in Ohio recently reported a death due to MPX, the second such fatality confirmed nationwide. The first was reported in L.A. County in mid-September.

Another death — of an adult who was severely immunocompromised and had been diagnosed with MPX — was reported in Texas in late August. But officials at that time did not definitively state whether that fatality was caused by the disease.

“This latest death is an important reminder that, although most people with monkeypox have had mild to moderate illness, it can lead to severe illness for some people,” Singhal said. “Given this risk, immunocompromised persons with monkeypox should seek medical care and treatment early and remain under the care of a provider throughout the course of the disease.”

Chin-Hong said numbers of hospitalizations or people seeking treatment do not necessarily paint the complete viral landscape, as MPX is now disproportionately hitting communities of color and lower-income communities in both the Bay Area and L.A.

Case rates for those three racial or ethnic groups have all declined, but the rate for Black residents has been substantially higher than those for white or Latino residents for most of this outbreak, Singhal said.

Nonetheless, trends indicate a sure sign of improvement. Case rates for Black residents peaked at about the same time as for Latino residents — around late August — and have been declining at the same pace as for other groups, Singhal said.

“I think we shouldn’t be lulled into thinking it’s necessarily gone away, but it’s much better than it was,” Chin-Hong said. “We need to keep up the energy.”

He said he would like to see the continued funding, outreach and education around the virus, which he doesn’t expect will go away completely. But he said those who have already had MPX and recovered should feel confident in their immunity, which he expects will be “lifelong, if not a long time.”

“We may see some flares eventually, because it’s still in the background,” Chin-Hong said. “We’re probably resigned to always be thinking about MPX.”

A continued point of concern is getting vaccines into higher-risk people of color. Despite Black residents having the highest case rate, white residents remain the racial or ethnic group most likely to have received a vaccine.

As the MPX outbreak is occurring globally — and L.A. County regularly welcomes visitors from all around the world — “even if we were to get local transmission down, there will likely still be effects of cases coming in from externally as well,” Singhal said.

“There’s always going to be that risk for I think at least a few months, if not longer. And so, I think we are in it for the longer haul,” she said, adding that underscores the importance of continuing to educate residents about vaccination and other measures that can stymie MPX transmission.

But even if MPX continues to circulate at some level, Singhal said, “we’re hoping that it’s going to be a very low number of cases and will not begin to rise again.” Previous Article For historic Black community, Crenshaw/LAX Line is ‘a blessing and a curse’ 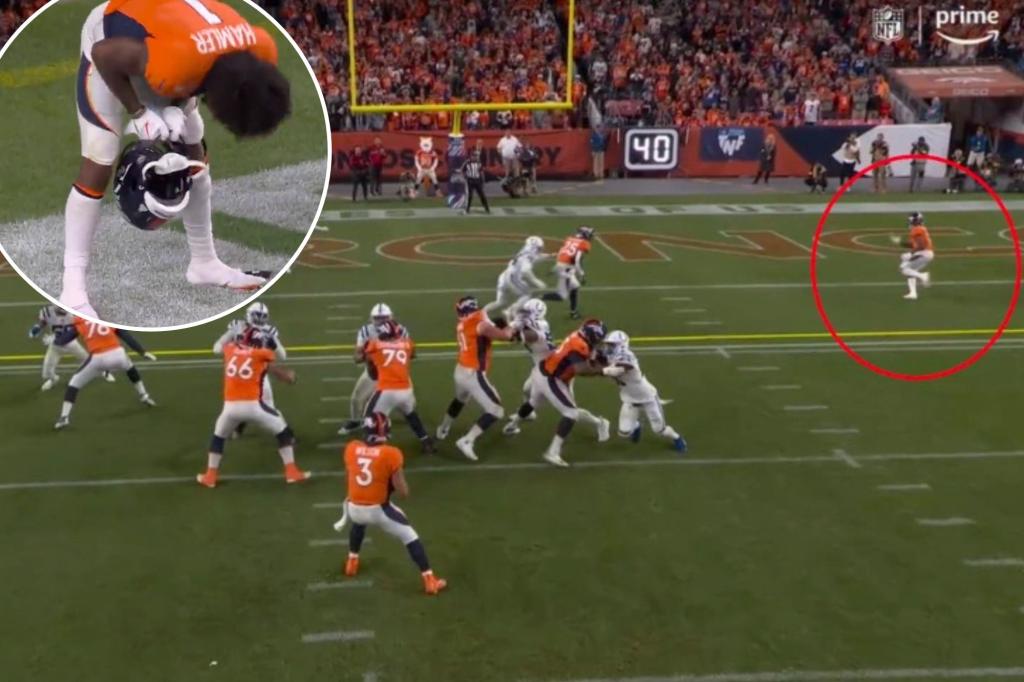 Press play to listen to this article Scores of Twitter employees, including some involved in the company’s public policy and content-moderation activities, were fired on […]

Victoria Beckham addressed questions on Thursday from eagle-eyed fans surrounding her tattoo ― or lack thereof ― in honor of her husband, David Beckham. During […]