L.A. City Councilmember Mike Bonin told those in attendance at Tuesday’s meeting that he was outraged at racist and disparaging comments made by his colleagues and recently revealed in leaked audio recordings.

In an emotional speech, Bonin responded to racist language used by then-Council President Nury Martinez and other councilmembers to describe his son, who is Black.

“These words, they cut and they stung,” Bonin said. He described anguish over seeing his son in the spotlight, and addressed the councilmembers on tape directly: “First you must resign, and then ask for forgiveness.”

Council President Nury Martinez makes racist remarks about Councilmember Mike Bonin’s young son while others chime in during this section of the conversation.

The group was discussing a dispute between Councilmembers Curren Price and Marqueece Harris-Dawson, who were at odds last year over whose district would represent USC and Exposition Park once the new maps were finalized. The clip begins with Martinez recounting a conversation she allegedly had with businessman Danny Bakewell.

On Sunday, the Los Angeles Times published leaked audio of meetings between Martinez, Councilmembers Gil Cedillo and Kevin de León and former Los Angeles County Federation of Labor President Ron Herrera in which Martinez said Bonin used his son like an “accessory” and compared the child to a monkey.

Herrera has since resigned, and Martinez has taken a leave of absence after stepping down as council president.

Below is a transcript of Bonin’s speech:

But I want to say a few words. I am still trying to wrap my head around everything that was said and everything that is happening. My husband and I are both raw and angry and heartbroken and sick. For our family and for Los Angeles. And as an Angeleno, like most Angelenos I am reeling from the revelations of what these people said. Trusted servants who voiced hate and bile. Public officials are supposed to call us to our highest selves. And these people stabbed us and shot us and cut the spirit of Los Angeles. It gave a beatdown the heart and the soul of the city. But before anything else in the world I’m a dad.

I am a dad who loves his son in ways that words cannot capture — and I take a lot of hits, and hell, I know I practically invite a bunch of them. But my son? Man, that makes my soul bleed and it makes my temper burn. And I know I’m not alone. Because Los Angeles has spoken and it feels the same way. When the L.A. Times called me on Saturday I was out of town and I was away from my family. And the reporter summarized some tapes. And my first instinct as a father was to implore them, don’t run the story or at least be vague. Please say “racist remarks about my son” but I didn’t want to see the specifics in print. I didn’t want him to have to hear them or or read them someday. I also knew that the tapes contained much more — learned even more in the past couple days — much more than the comments about my son. As the white father of a Black child, you stumble and you you f— up and you try to do your best to be a parent and an ally and I get it wrong a lot. I get it right sometimes. I knew that I did not want the story about virulent anti-Black racism to be centered on an angry white dad. And you know, I was afraid this is gonna be a California section. It’s been in international news.

These words, they cut and they stung. I know that I can never really know or comprehend or feel the weight of the daily relentless racism, anti-Black racism that my son is gonna face.

But man, I know the fire that you feel when someone tries to destroy Black boy joy. Man. It’s a rage. You know, my husband and I were both raised at a time when as gay men we didn’t think we would be married or that we would be allowed to have kids or that we’d be allowed to have a family because our relationships and our families were considered — and a lot of what on these tapes it stung. Well over the past few days I’ve heard about a lot more than, than me and my family have heard about attacks on the Oaxaqueña community have heard the homophobic tropes. I’ve heard the antisemitic remarks. I’ve heard incredible, coordinated efforts to disenfranchise Blacks and renters and to weaken the voice of progressives. And to undermine anyone who tries to do coalition building. It’s overwhelming and I am outraged and I’m sickened by it. 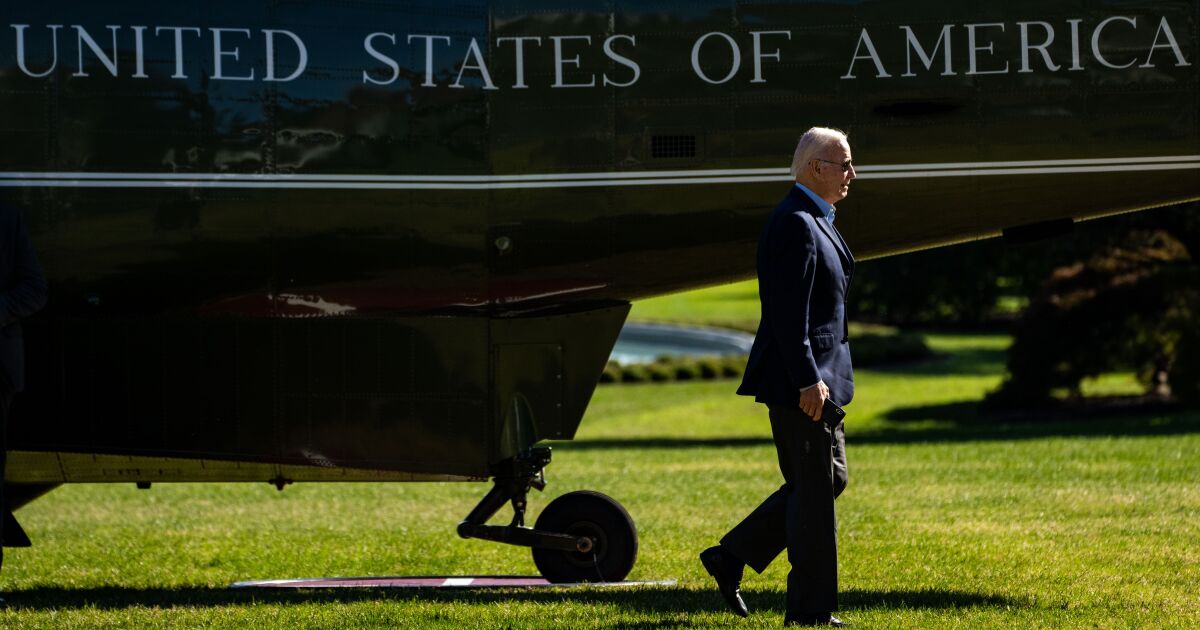 Next Article Amid scandal at City Hall, President Biden to visit Los Angeles on Wednesday

CNN  —  Where to start in a match such as this? The 98th-minute equalizer, or the four red cards? The missed penalty or perhaps the […]

However, Durham and his aides used the forum of the recent trials to air evidence of what they suggested was a failure by FBI personnel […]