Max Scherzer was enlisted to join Jacob deGrom so they could form a latter day Spahn and Sain and — in this case — order champagne.

The Mets’ idea was expensive and simple: Pair two of the great starters of the era and when the games mattered most run them back-to-back, then just get the keys to the city ready.

But a funny thing has happened on the way to The Canyon of Heroes.

The co-aces were nursed through a 101-win season specifically to be lined up for the kind of starts presented over the past two weekends. To deliver two overhand rights. Just as it has transpired, they are on verge of knocking the Mets out.

In suburban Atlanta last Friday and Saturday night, deGrom and Scherzer helped pitch the Mets out of an NL East title. On this Friday night — in the first Mets postseason game since Oct. 5, 2016 — Scherzer arrived to a standing ovation before wild-card Game 1 against the Padres and left to perhaps the most venomous boos doused on any home player since Javier Baez and Francisco Lindor were turning thumbs down at Citi Field last year.

Because that was last year. This season has mainly been a Mets joyride. Until last weekend in Georgia. And until Friday night in Queens, when the Padres, hardly a power powerhouse, crushed four homers off Scherzer en route to a 7-1 shellacking that put the Mets’ season on life support.

The Mets had been hoping to win two straight over the Padres with Scherzer and Chris Bassitt starting and save deGrom to open an NL Division Series against the Dodgers. Instead, deGrom will be given the ball in Game 2 for an outing laced with meaning both personal and for the team. With deGrom planning to opt out after the season, this could be his final start as a Met. And he will pitch trying to make sure that this will not be the final game of the Mets’ 2022 season. DeGrom needed to be the launching pad for a two-game winning streak and a flight to Los Angeles for the NLDS.

“It’s a huge goal of mine to keep this thing going and pass it along to Bassitt [for a decisive Game 3 on Sunday],” deGrom said late Friday night.

If that does not occur, the blame game is going to start with the Mets’ stars who no-showed at Truist Park last weekend and again Friday at Citi Field. Just as they were against the Braves, Pete Alonso and Francisco Lindor were empty calories within a lifeless offense. The Mets did not cash in with a man on third and one out in either of the first two innings en route to going hitless in eight at-bats with runners in scoring position in Padres ace Yu Darvish’s seven innings.

Manager Buck Showalter, who habitually tries to deflect culpability away from those most responsible, mentioned several times that the offense did not score enough. True. But with the way Scherzer pitched, the offense would have needed eight runs to win and the Nationals and Pirates are no longer on the schedule.

That the Mets were even playing Friday night reflected on their two star starters. Had either won last week against the Braves, the Mets would have won the NL East and avoided the peril of this best-of-three series. Instead, the Mets were swept in three games at Truist Park. Scherzer and deGrom combined to allow five homers and seven runs in 11 ²/₃ innings. That was bad. Until, Scherzer all but said, “Hold my beer,” before his first Mets postseason start.

Scherzer’s reputation as a big-game starter was part of the appeal in coaxing Steve Cohen to agree to the largest per-annum ($43.3 million) deal in history; well, that and the vision of teaming Scherzer with deGrom at moments like this. In 2019, when the Nationals won the World Series, Scherzer appeared in six games, started five and gave up four homers and eight runs in 30 innings.

The two homers Scherzer surrendered last Saturday were more understandable — only the Yankees hit more homers this year than the Braves. The Padres ranked 21st. Josh Bell, who hit a two-run homer in the first inning, and Trent Grisham, who launched a solo blast in the second, were both slumping mightily coming in. Jurickson Profar, who had hit two homers batting lefty since Aug. 2, pretty much put the game away with a three-run blast in the fifth inning. Two batters later, a legit power source, Manny Machado, took Scherzer out of the park and out of the game. It was 7-0. Boos took every step to the dugout with Scherzer.

There was still half a game to go, but already it felt as if the weight of this season had shifted to deGrom. To Game 2. DeGrom has to make his first-ever home playoff start good enough for the Mets not to be playing the last game of the season. He needs to begin to restore the sense that the Mets’ have a starting dynamic duo to avoid them being remembered in the end as disappointing duds. 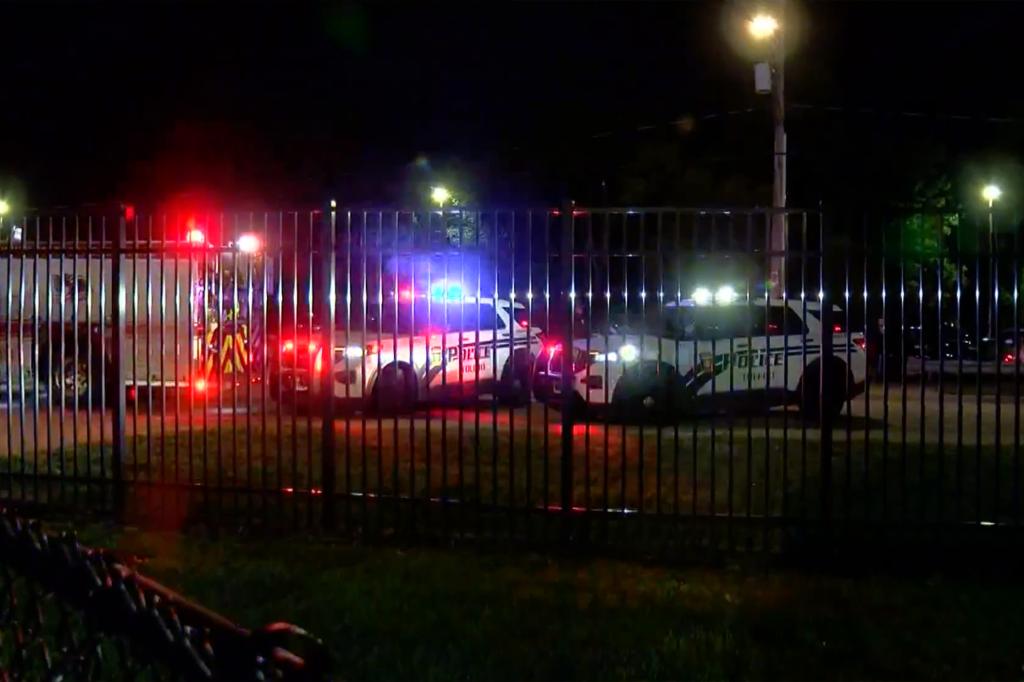 Missing toddler Quinton Simon is believed to be dead and his mother is the prime suspect, Georgia authorities said Wednesday night.  “We are saddened to […]

The Fed’s Powell is risking a recession to crush inflation. A lot of Democrats are ok with that.

“I don’t have a lot of thoughts on what the Fed does,” Senate Banking Chair Sherrod Brown (D-Ohio), a progressive Warren ally on many issues, […]