A New York boutique owner turned herself into police after an 18-month undercover investigation into her business operations led to a discovery of over $40 million in counterfeit items.

Castelli turned herself into Nassau County Asset Forfeiture detectives Friday three days after they executed a search warrant at her business, which stemmed from an ongoing investigation that began in April 2021.

Police said 22 printing press machines were removed from her business during the execution of the search warrant. Various knock-off items with Gucci, Chanel, Prada, Dior, Ugg and Louis Vuitton labels were also found at the store.

During a news conference Tuesday, detectives said Castelli would create “thousands” of synthetic heat-sealed counterfeit labels then attach them to very cheap clothing items before significantly raising the price.

Police said the items Castelli was selling would be worth over $40 million if they were authentic.

“This was a sophisticated operation investigating two fashion merchandise companies, Christian Salvatore New York and Linny’s Boutique,’’ Nassau County District Attorney Anne Donnelly said, according to CBS. “This was not a mom-and-pop operation.”

KANYE WEST DEFENDS SELLING YEEZY GAP CLOTHES IN LARGE BAGS: ‘NOT HERE TO SIT UP AND APOLOGIZE ABOUT MY IDEAS’

Nassau County police said the investigation into Castelli’s operations was a joint venture with the U.S. Postal Inspectors.

“Not only did she cheat the retail industry, but she also cheated postal customers that must ultimately shoulder the costly burden,” U.S. Postal Inspector Glen McKechnie said, according to the New York Post.

Castelli reportedly shipped “thousands of pounds” of counterfeit merchandise all over the country to unsuspecting customers.

The New York Post reported Castelli’s website, prior to shutting down, read, “Here at Linnys we handpick each item to fit the fashion needs of all our babes! We stay ahead of the fashion trends to make sure you are always looking your best!”

The shop’s website and social media pages were all deactivated or not operational as of Tuesday evening.

An investigation into the operations at Linny’s Boutique revealed thousands of counterfeit logos.
(WNYW)

According to CBS, Nassau County Executive Bruce Blakeman said operations like this will not be tolerated in Nassau County.

“We want people to know exactly what they’re getting,’’ Blakeman said. “We want businesses around the world to know that we protect their trademark and service mark here.”

Castelli is charged with second-degree trademark counterfeiting and could face up to three years in prison if convicted. She was released on a desk appearance ticket ahead of a November 2 court date.

Police said Castelli was the sole owner of Linny’s Boutique and no one else was charged in the scheme. 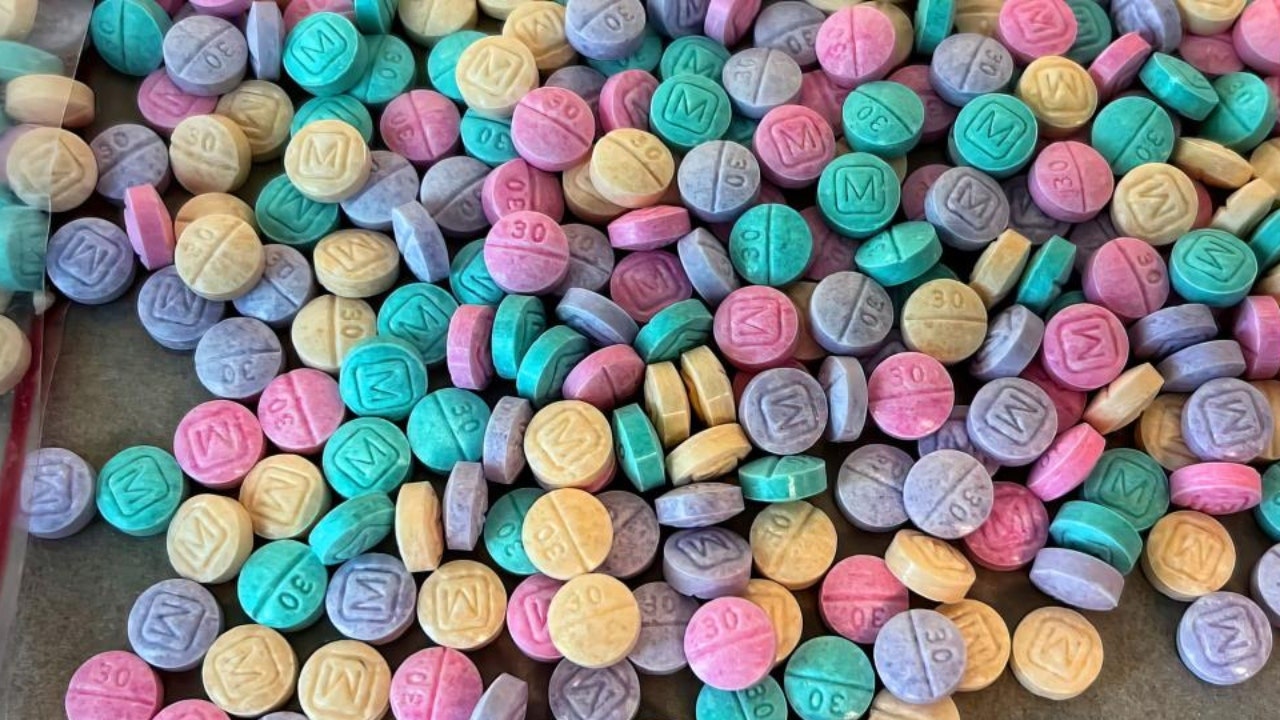 Talk show host James Corden is setting the record straight after being accused of stealing a joke from comedian Ricky Gervais. “The Late Late Show” […]

Between his direct campaign and the aligned political committee, donors big and small have given DeSantis more than $200 million for his reelection bid, a […]

Bass’ inauguration ceremony to be held Dec. 11 outside City Hall

Mayor-elect Karen Bass will hold a public inauguration on Dec. 11 outside Los Angeles City Hall, one day before she officially takes office as the […]