Three Latino members of the Los Angeles City Council and a top county labor official held a conversation last fall that included racist remarks, derisive statements about their colleagues and council President Nury Martinez saying a white councilman handled his young Black son as though he were an “accessory,” according to a recording of the meeting reviewed by The Times.

“F— that guy,” Martinez said, followed by something inaudible. “He’s with the Blacks.”

During the conversation with Councilmembers Gil Cedillo and Kevin de León and Los Angeles County Federation of Labor President Ron Herrera, Martinez also described Bonin at one point as a “little bitch.”

De León appeared to compare Bonin’s handling of his child to Martinez holding a Louis Vuitton handbag. He also referred to Bonin as the council’s “fourth Black member.”

“Mike Bonin won’t f—ing ever say peep about Latinos. He’ll never say a f—ing word about us,” he said.

On Sunday, after this article was published online, Martinez issued a statement apologizing for her comments, saying, “In a moment of intense frustration and anger, I let the situation get the best of me and I hold myself accountable for these comments. For that I am sorry.”

“The context of this conversation was concern over the redistricting process and concern about the potential negative impact it might have on communities of color,” she added. “My work speaks for itself. I’ve worked hard to lead this city through its most difficult time.”

Also on Sunday, De León called the comments “wholly inappropriate” and said he had fallen “short of the expectations we set for our leaders.”

“I regret appearing to condone and even contribute to certain insensitive comments made about a colleague and his family in private,” he said in a statement. “I’ve reached out to that colleague personally.”

Cedillo, contacted Saturday night by The Times, said, “I don’t have a recollection of this conversation.”

Herrera didn’t respond to several requests to comment but Julie Gutman Dickinson, a lawyer representing the L.A. County Federation of Labor, sent a letter saying the conversation was “recorded in violation of California’s privacy and recording laws on LA County Federation of Labor property.” If The Times published information from it, “it is condoning this illegal conduct,” she added.

“It is a fundamental principle in the United States that we do not prohibit or punish the receipt and publication of newsworthy information,” Glasser wrote.

The conversation took place in October 2021 and focused heavily on council members’ frustration with maps that had been proposed by the city’s 21-member redistricting commission.

Latino residents make up roughly half of L.A.’s population but represent less than a third of the council’s districts, a fact that has led to complaints that the population is not being fairly represented.

Audio of the wide-ranging, roughly hour-long conversation was posted on Reddit by a now-suspended user. It is unclear who recorded the audio, who uploaded it to Reddit and whether anyone else was present.

The leak comes a month before a consequential city election in which the mayor and several council seats are being contested. Martinez has endorsed several council candidates in the Nov. 8 election, and their fate could determine whether she retains the powerful council presidency.

“Wow, you know it happens, but when you actually hear it, it’s unbelievable,” the now-suspended Reddit user said in text accompanying the audio, according to a screenshot reviewed by The Times. “The labor movement is in bed with City Hall.”

The group discussed the city’s once-a-decade process of redrawing council district boundaries, which was underway at the time, as well as the need to reelect Latino council members and ensure that heavily Latino districts did not lose economic assets, such as USC and Van Nuys Airport.

Bonin’s son was brought into the conversation as the group discussed a dispute between Councilmembers Curren Price and Marqueece Harris-Dawson, who were at odds last year over whose district would represent USC and Exposition Park once the new maps were finalized. Both men are Black and represent parts of South Los Angeles.

Martinez told the group she had a conversation with businessman Danny Bakewell about the situation, and argued that if Harris-Dawson was seeking an economic asset for his district that he should seek to move Los Angeles International Airport out of Bonin’s Westside district and into his.

“Go get the airport from his little brother — that little bitch Bonin,” Martinez recalled advising Bakewell.

Martinez said that Bonin appeared with his son on a float in a Martin Luther King Jr. Day parade that featured a number of politicians. She also said the child was “an accessory.”

De León seemed to compare Bonin’s handling of the child to “when Nury brings her little yard bag or the Louis Vuitton bag.”

“Su negrito, like on the side,” Martinez said, using a Spanish diminutive term for a Black person that can be considered demeaning.

Martinez suggested the child was misbehaving on the float and might have tipped over the float if she and the other women on the float didn’t step in to “parent this kid.”

“They’re raising him like a little white kid,” Martinez said. “I was like, this kid needs a beatdown. Let me take him around the corner and then I’ll bring him back.”

Martinez’s reference to Bonin’s child as changuito occurred during that part of the conversation.

In an interview Saturday night, Bonin said he attended the MLK parade in 2017 with his young son and was “angry and heartsick” over the remarks.

On Sunday, Bonin and his husband, Sean Arian, called on Martinez, De León and Herrera to resign.

“The entirety of the recorded conversation, … displayed a repeated and vulgar anti-Black sentiment, and a coordinated effort to weaken Black political representation in Los Angeles,” they said in a statement.

“Any parent reading her comments will know she is unfit for public office,” they said of Martinez. “No child should ever be subjected to such racist, mean and dehumanizing comments, especially from a public official. It is painful to know he will someday read these comments.”

At another point in the conversation, the group discussed Councilman Mark Ridley-Thomas’ indictment and whether he would step down or fight to hold onto his seat.

A few minutes later, Martinez said she explained to another council member that if Ridley-Thomas were to be suspended, City Controller Ron Galperin would decide whether he still gets paid.

“You need to go talk to that white guy,” she says. “It’s not us. It’s the white members on this council that will motherf— you in a heartbeat.”

(The council later suspended Ridley-Thomas, who is awaiting trial on a federal bribery charge.)

The group heavily criticized the maps created by the city’s redistricting commission. Martinez voiced frustration that the panel had proposed removing a number of economic assets from her San Fernando Valley district, including the Van Nuys Airport and the Anheuser-Busch brewery.

At another point, Cedillo said there were certain council members who do not merit “rescuing” during the redistricting process. He then made clear that he was referring to Nithya Raman, who had been fighting to ensure her Hollywood Hills district was not moved to the west Valley.

“She is not our ally. She is not going to help us,” he said.

Later in the conversation, the group talked about how Koreatown — a largely Latino neighborhood — should be handled in redistricting.

Martinez said the area was in Council District 10, which was Ridley-Thomas’ district. Martinez then noted that Raman “wants a play for K-Town” but said that would not happen because she didn’t want “beef” with Ridley-Thomas.

Martinez said that giving Raman what could amount to a safer council district would not be good for Martinez and her allies.

“It serves us to not give her all of K-Town,” Martinez said, referring to Raman. “Because if you do that solidifies her renters’ district and that is not a good thing for any of us. You have to keep her on the fence.”

The group then questioned whether Shatto Place, a small street, and Lafayette Park are in Koreatown.

“I see a lot of little short dark people,” Martinez said of that section of Koreatown, employing stereotypes long used against Oaxacans in Mexico and in the United States.

“I was like, I don’t know where these people are from, I don’t know what village they came [from], how they got here,” Martinez said, before adding “Tan feos” — “They’re ugly.”

Herrera then interjected to bring the group back to their broader strategy.

“I get what we have to do, right? Just massage to create districts that benefit you all. And the future. But we got to figure out Mark’s seat too,” Herrera said, referring to Ridley-Thomas.

“If he resigns and the African Americans look at this as a hostile takeover because he’s gone, we’ll have to figure that s— out,” Martinez said of Ridley-Thomas. “Because politically, they’re going to come after us.”

Herrera, the labor official, later said that removing Ridley-Thomas was necessary regardless of potential political blowback, arguing the scandal would hurt all incumbents and make people think “that the council’s corrupt.” If they do put someone in, “that person has to support the three of you,” Herrera said.

“The one who will support us is Heather Hutt,” Cedillo said.

De León then floated nonprofit director Irma R. Muñoz as a possible replacement for Ridley-Thomas, noting that she’s “married to an African American and she lives up in Baldwin Hills.” 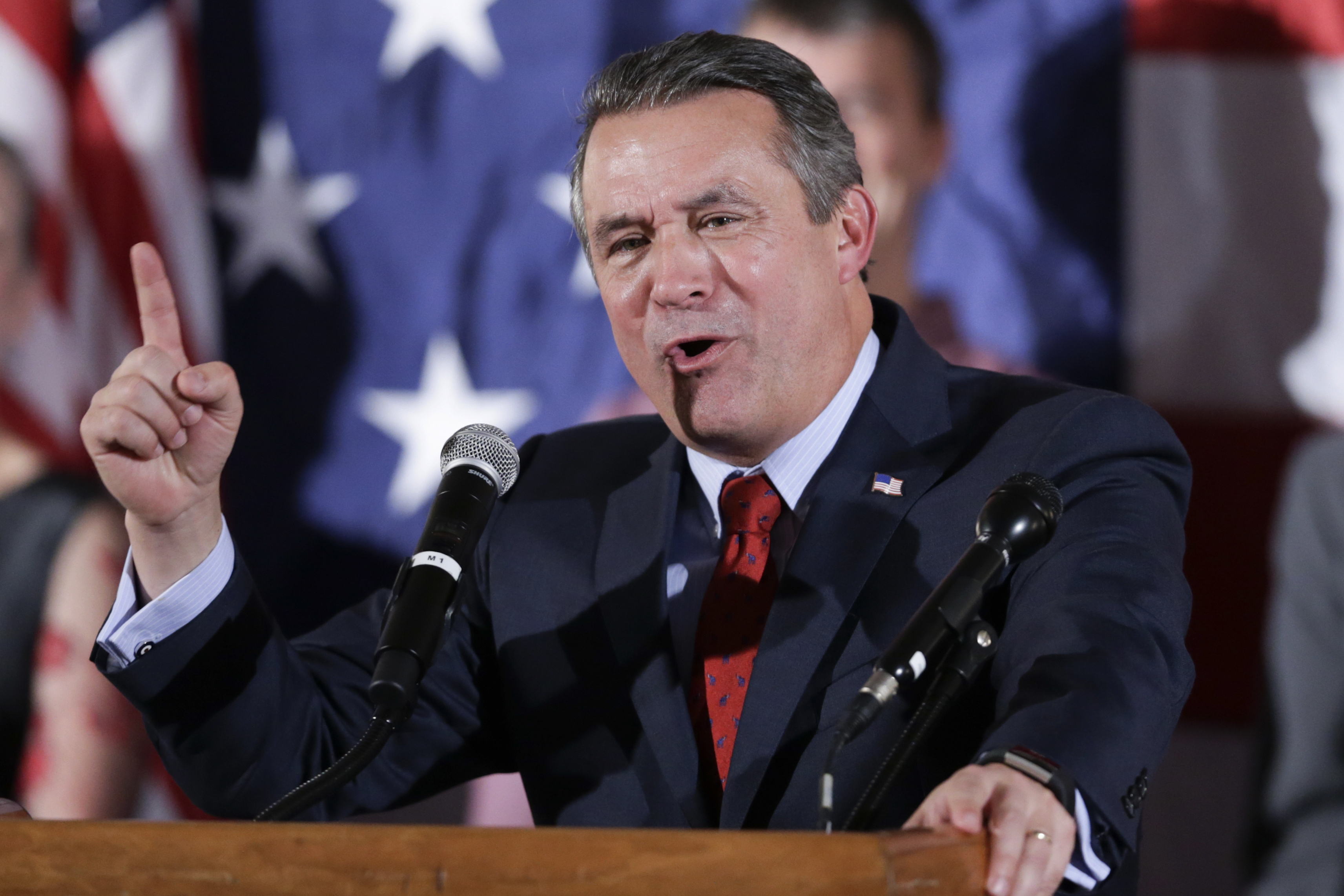 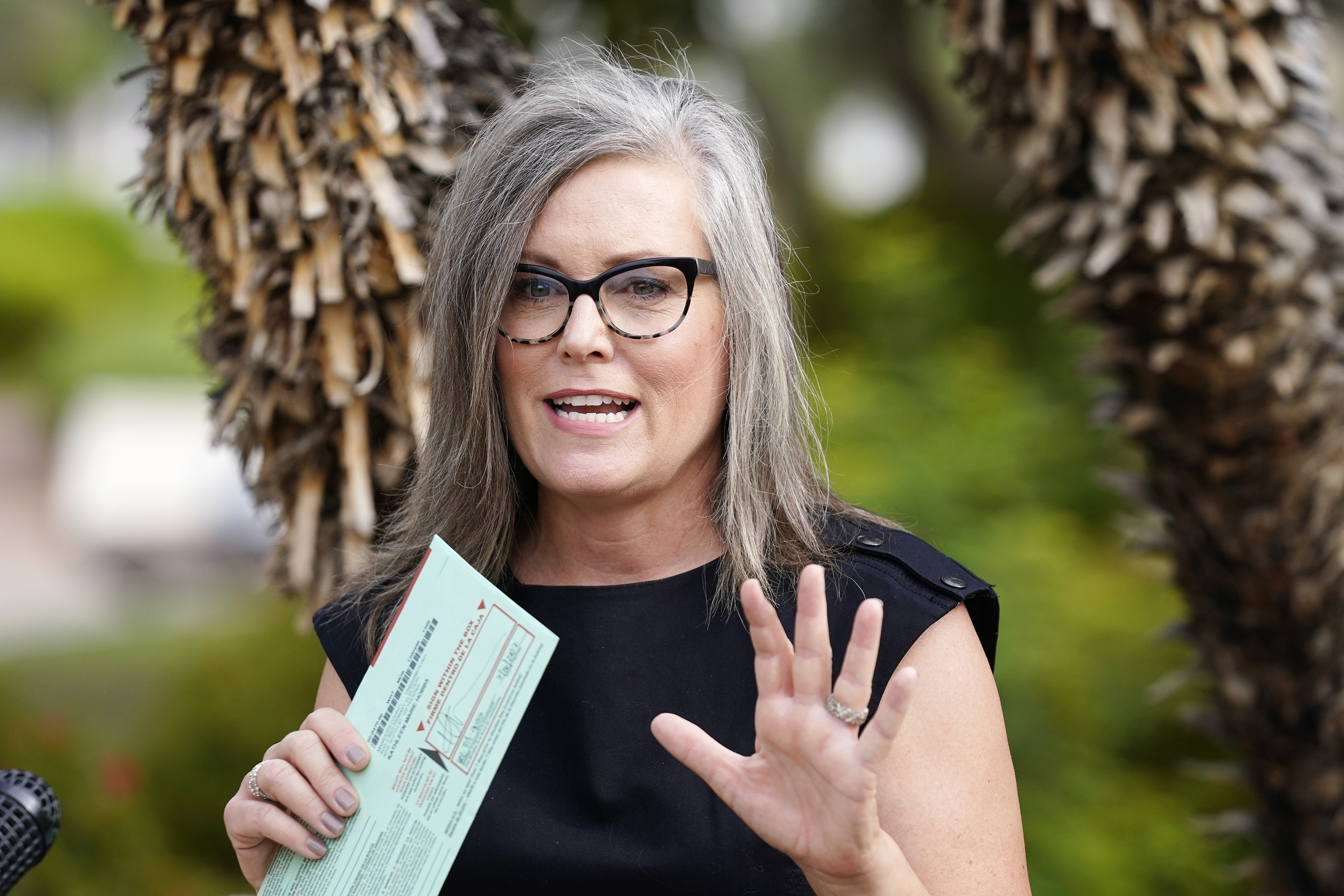 LAURA INGRAHAM: Voters don’t care about who a party anoints as their ‘next big star’

Laura Ingraham forecasts how the suffering imposed on Americans by Democratic policies will play into midterm elections on “The Ingraham Angle.” LAURA INGRAHAM: The truth […]

Two Los Angeles police officers broke department policy by fatally shooting a possibly suicidal man who was armed with a knife, according to the Police […]

For the second consecutive day, Jets disgruntled receiver Elijah Moore told reporters in the locker room that he would be back to speak after doing […]