In this photo shot with a drone, shrimp boats lie grounded atop what was a mobile home park, following the passage of Hurricane Ian, on San Carlos Island in Fort Myers Beach, Fla., Friday, Oct. 7, 2022.

In this photo shot with a drone, shrimp boats lie grounded atop what was a mobile home park, following the passage of Hurricane Ian, on San Carlos Island in Fort Myers Beach, Fla., Friday, Oct. 7, 2022.

PUNTA GORDA, Fla. — A man in his late 70s, eyes red-rimmed and holding a beer in a koozie, surveys the ruination that was once his happy home. His decapitated mobile home is in Gasparilla Mobile Estates, about 30 miles north of Ft Myers. The name comes from the famed barrier island just offshore.

“How do you describe it?” John Borren says with a forced chuckle. “Gone. Demolished.”

The drone photos from the coast of Southwest Florida show the aftermath of Hurricane Ian: mobile home parks blown to smithereens. At Gasparilla Mobile Estates, it looks like a giant took a weedwhacker to this community of 178 mobile homes. Roofing, siding, skirting, walls, and carports flung about in a frightful mess, no longer recognizable as human dwellings.

John Borren and his wife live in Gasparilla Mobile Estates in Placida, Fla. Most of the older mobile homes, built to lower wind standards, were pulverized by Hurricane Ian.

John Borren and his wife live in Gasparilla Mobile Estates in Placida, Fla. Most of the older mobile homes, built to lower wind standards, were pulverized by Hurricane Ian.

It’s a perennial problem during hurricane season. Older mobile homes, built to lower wind standards, are acutely vulnerable. But they’re sought-after because this is affordable housing in Florida.

“That wind was so strong. I never seen anything so strong,” says Borren, a retired construction worker from Massachusetts. “They claim it was stronger than Charley. I believe it now.”

Before Ian, the hurricane of record on this stretch of coastline was Charley in 2004—also a Category 4 with 150 mph winds. But Charley spared Gasparilla. Life went on.

Borren would take his wife and motor out to the island in his skiff, where they collected shells and fossilized shark’s teeth. They owned their 1972 trailer free and clear. The rent on their lot was only $580 a month. On a monthly social security check of $2,500 they got by on their little piece of paradise.

“This trailer’s been here for 40 years. I mean, it’s a ’72 trailer. (I’ve put) thousands of dollars in it and they won’t pay me nothin’. Very few people had insurance. They lost everything.”

In 1994, two years after Hurricane Andrew pulverized the Homestead area, the U.S. Department of Housing and Urban Development toughened wind standards for mobile homes. About the same time, the industry started calling them manufactured housing. And they became more expensive.

“They’re living in these mobile home parks because there is not an affordable housing stock available to them,” says Jamie Ross, CEO of the Florida Housing Coalition, an advocacy group.

“This is what happens, these tragedies”

“They should not be there because it is not stable housing in a state like Florida. This is what happens, these tragedies.”

But tell that to retirees on fixed incomes like John Borren, low-wage earners and farmworkers who cannot afford to live anyplace else in a booming real estate market like Florida’s. Folks from up north are streaming into the state to enjoy the mild summers, year-round sunshine and sugar-sand beaches.

“The pressure on affordable housing in Florida is just excruciating,” says Gladys Cook, director of Resilience and Disaster Recovery at the Florida Housing Coalition. “We’ve had land costs and construction costs go up 30 percent in just the last couple of years.”

Older mobile homes are everywhere in Florida. Of 822,000 mobile and manufactured homes in the state almost two-thirds of them are pre-1994 vintage, according to the Florida Manufactured Housing Association.

Major storms like Ian are culling, so to speak, the old structures.

“Every time there’s a hurricane we see a number of our older homes that suffer catastrophic failures,” says Jim Ayotte, CEO of the Florida Manufactured Housing Association. He says while mobile home parks have gone upscale, with swimming pools and landscaping, the industry continues to suffer from an age-old image problem in many Florida cities and towns.

“They would rather see a mobile park gone,” Ayotte says. “They see it as a blight on the community. They don’t really look at that as an affordable housing source. They say let’s get rid of it.”

If you don’t believe him, believe Jimmy Buffett.

“Yeah, they’re ugly and square, they don’t belong here, they looked a lot better as beer cans,” croons the singer/songwriter who fell in love with Key West.

But the fact is, they’re not beer cans—anymore.

Modern manufactured housing can be built to withstand 150 mph winds. Since the advent of post-Andrew wind standards, a mobile home on the Florida coast has to have double wall studs, double roof trusses, thicker nails, and double tie-downs anchored in concrete.

Just ask the residents of Parkhill Estates in Punta Gorda. It’s a 55+ community of 176 homes where folks like to play shuffleboard, poker, and bridge, and cruise the curved streets in fleets of golf carts.

“Hi Denny, how are ya?” says Bob Murphy, 82, to another T-shirted retiree in a baseball cap. Murphy is the genial president of the residents’ co-op that owns the park. He’s driving around catching up with his neighbors.

“Yes it did, I can’t complain,” calls back Denny.

“It demolished all the older homes,” says Ernie Parent, a 74-year-old gas company retiree from Zanesville, Ohio, who had moved in only months before the storm hit. “We had over a hundred new homes brought in after Charley. Ian was bad, but the hundred new homes all stood up.”

The worse storm damage from Ian appears to be the slab-built club house, not the manufactured homes.

“The structures themselves seem to be pretty durable compared with this hurricane,” says Murphy, who winters in Punta Gorda and spends summers at his home in Cincinnati. “Ninety-nine percent of the structures are still standing. There’s some siding off and some roof damage. The skirting came off of a number of ’em. But for most part they held up pretty well.”

Still, Murphy says he’s too old to go through another major hurricane like Charley and Ian. He hopes his mobile home holds, but if it doesn’t, “I won’t come back.” 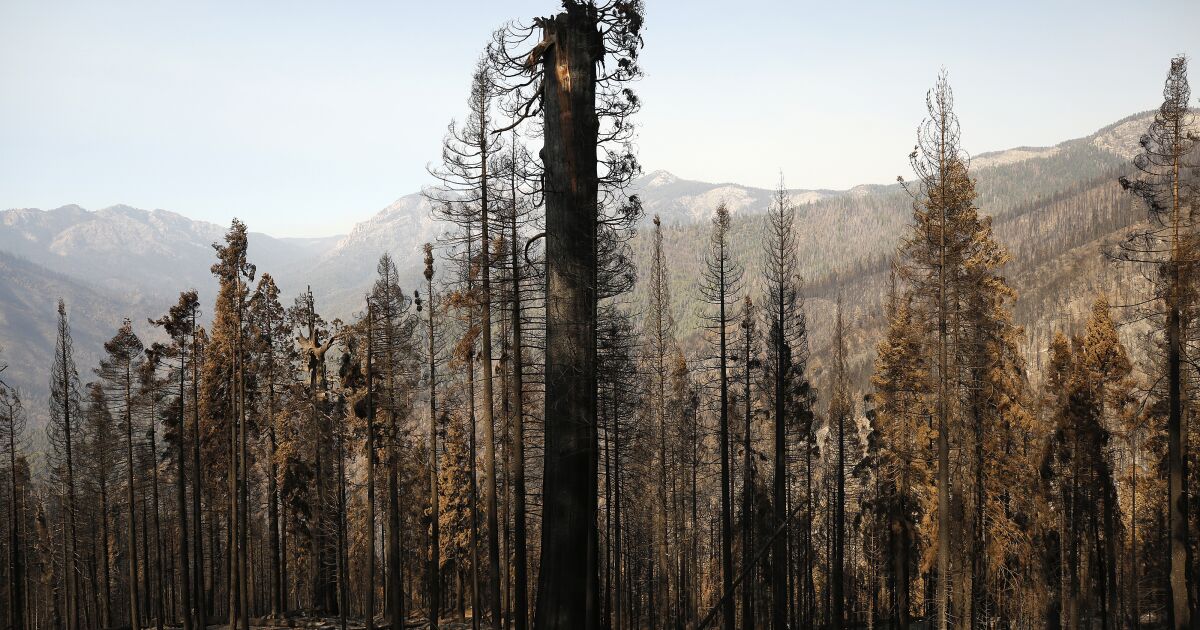 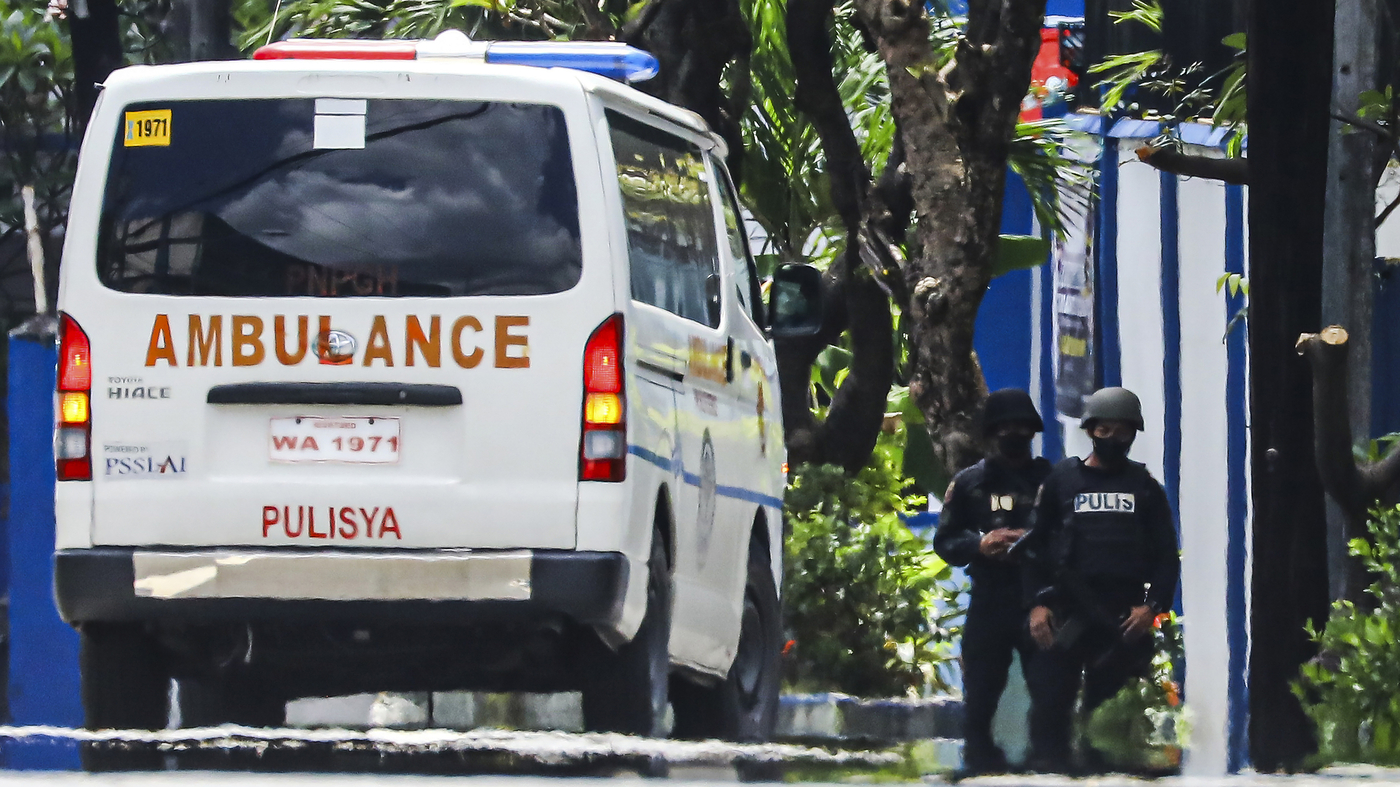 Pence: Trump ‘endangered me and my family’

Police drove into a car head-on in a traffic stop. The driver wasn’t their suspect

A woman is calling for accountability after she says Virginia police officers hit her head-on while she was stopped at a traffic light, even though […]