High gas prices and unstable supplies aren’t new for California. Why has it gotten worse?

California officials have had repeated warnings over the last two decades that the state’s unique blend of gasoline is susceptible to supply shortages and sharp price spikes.

But despite multiple reports and special committees, California has struggled to find solutions as it tries to rapidly reduce its reliance on fossil fuels.

Motorists got a reminder of this in recent weeks as prices hit record levels in an increasingly fragile gasoline market, after almost half the state’s refineries experienced recent or ongoing outages, pushing the supply of West Coast gasoline to its lowest level in a decade.

Yet state leaders remain far from a comprehensive fix.

“We’ve got to make longer-run plans and not just wait until the crisis is upon us,” said Severin Borenstein, the director of UC Berkeley’s Energy Institute at the Haas School of Business, who sat on statewide committees in 1999 and 2015 aimed at finding possible solutions for the state’s volatile fuel market.

None were implemented, he said.

“There are actions we could take to try to smooth that” fluctuation in the gasoline market, Borenstein said, “but it requires some public policy.”

“Do I have the new infrastructure fast enough before I retire the old infrastructure, and what happens if you’re in the middle?” said Amy Myers Jaffe, the managing director of Tufts University Climate Policy Lab and a former executive director for energy and sustainability at UC Davis.

“The way we’re doing it now is you just let the fuel costs go up and then we leave poor people with no ability to get anywhere… . And then [California leaders] grandstand against the oil companies — that’s not a solution.”

Gov. Gavin Newsom’s decision last week to switch early to the state’s easier and cheaper winter blend of fuel has been credited for minor relief at the pump. But experts say that move alone does little to remedy a situation that keeps reaching crisis levels. The average price for a gallon of gasoline remains well above $6 in California, about 70% higher than the national average, according to the American Automobile Assn.

“The state has set aspirational goals for the energy transition, but it’s not very well planned,” said David Hackett, the chairman of energy group Stillwater Associates. The last few weeks of high gas prices could be “an early warning system” of California’s fate if policymakers or businesses don’t take action, he said.

In 2015, the state’s Petroleum Market Advisory Committee — on which Hackett, Borenstein and Jaffe sat — was focused on three gasoline price spikes and how officials could “lessen California’s exposure to these types of events,” the final report said.

Though the committee’s conclusions weren’t concrete, the report “strongly urge[d] the state to establish an organizational structure and to commit resources” to studying the issues further. Many ideas mirrored recommendations that the California attorney general’s Gas Pricing Task Force made almost two decades prior, such as establishing a gasoline stockpile, increasing transparency from oil refiners and easing some environmental requirements during times of increased market pressure.

Jaffe and other experts this week said a gasoline reserve, operated either by the state or by refineries themselves, could help reduce price spikes by stabilizing inventory. Many European countries, Japan and South Korea require refineries to keep certain inventory levels, something the Biden administration also recently proposed.

Other countries “don’t wait for the trading community to find it profitable to hold inventory, they require refineries to hold a minimum level of inventory,” Jaffe said. “For a decade, I’ve been saying we need to do that in the United States, and I certainly said that it needs to be a requirement for the state of California.”

The attorney general’s report on gas prices published in 2000 said a “state-owned gasoline reserve” was a possible option for “price spike mitigation.” State leaders and experts then listed “the relative lack of competition” among refiners, supply constraints of California’s “unique clean-burning gasoline,” and higher state taxes as three of the main points driving up prices — the primary points analysts continue to cite today.

Andrew Lipow, president of consulting firm Lipow Oil Associates, agreed that a gas reserve such as the U.S. has for crude oil could help, but he said another way to reduce costs would be to relax some of California’s strict regulations on fuel during emergency times, though that comes with environmental trade-offs.

Other ideas, such as building more refineries or a new pipeline to California, stand in sharp contrast with the state’s goals to move away from fossil fuels and related infrastructure.

Lipow said a more environmentally sound option would require a change to a decades-old federal law that allows only “American-made” vessels to ship goods between U.S. ports, which has forced California to rely on foreign imports when gas supplies run low, raising costs.

But Jaffee said the state most urgently needs to find comprehensive solutions to its current reliance on gasoline, such as investing in public transit, new technologies and affordable housing, while using short-term options, such as gasoline subsidies and incentives, to help get there. She supports the state’s ambitious goals to ban the sale of new non-electric vehicles by 2035, and a proposal to do the same to diesel big rigs by 2040, but wants to see a feasible path there — without ignoring the current need for gasoline power.

“What are we going to do to make this mid-transition?” Jaffe said. “We should create ways to provide mobility — not fuel — for people who need it.”

Newsom and state energy officials have again placed blame on oil and gas companies, accusing the corporations of “ripping off” Californians. Though Californians have long paid more at the pump than neighbors — a premium often attributed to the state’s environmental laws, taxes and special blend of gas that’s less harmful to the atmosphere — state leaders say this recent spike showed a concerning gap between expenses and price tags.

“Data show even as crude oil prices decreased and state fees and taxes remained unchanged, the price at the pump still went up because refinery costs and profits more than tripled, now accounting for $2.18 for every gallon of gas that Californians buy,” California Energy Commission Chair David Hochschild said in a statement Wednesday. He requested information about the “sudden gap between national and California prices” from in-state oil refiners, which produce the vast majority of gas sold in California.

He also pointed to two cases in the last decade when refineries had unplanned maintenance issues: In September 2019, when five refineries had outages and prices spiked about 34 cents per gallon, and the 2015 explosion at a Torrance refinery that caused a 46-cent increase.

However, Ed Hirs, an energy fellow for the University of Houston, disputed the governor’s claims, saying he’s seen no hard evidence of price gouging during this spike.

“The real issue is you’ve lost several hundred thousand barrels a day of refining capacity,” Hirs said. “And to make up that supply, people are having to shift supplies from other parts of the nation, and that just costs money.”

Newsom on Friday called for a special legislative session in December for lawmakers to consider passing a new tax on excessive profits oil companies are making from soaring gas prices, saying the idea that the surge could be caused by maintenance is “nonsense.”

Executives for Valero, which runs two of the state’s 11 gasoline refineries, warned in a letter Friday that additional costs, such as a new tax, “will only further strain the fuel market and adversely impact refiners and ultimately those costs will pass to California consumers.”

Responding to the Energy Commission, Valero and PBF Western Energy, which also runs two gas refineries in California, denied any sort of price gouging or market manipulation, instead placing most of the blame on the state’s many regulations and policies that have made such a tight market.

Though oil companies have taken advantage of such a situation in the past, Hirs said, confirming that requires “some serious research.” A federal judge in San Diego recently dismissed a lawsuit that alleged some of the world’s largest oil companies colluded to keep supplies low in California, driving profits up.

Jaffe said it’s too early to know whether there’s been market manipulation, but with a limited number of refiners in California — many owned by the same company — there are “multiple ways refiners could game the system.” She called for adequate regulation but said ideally more oil conglomerates would respond to market changes and transition to making greener energy while maintaining capacity to provide the gasoline people rely on.

“Car companies all across the United States now are changing over their manufacturing platforms,” Jaffe said. “Why can’t [oil companies] invest in new infrastructure, while at the same time providing their [gasoline] services?” 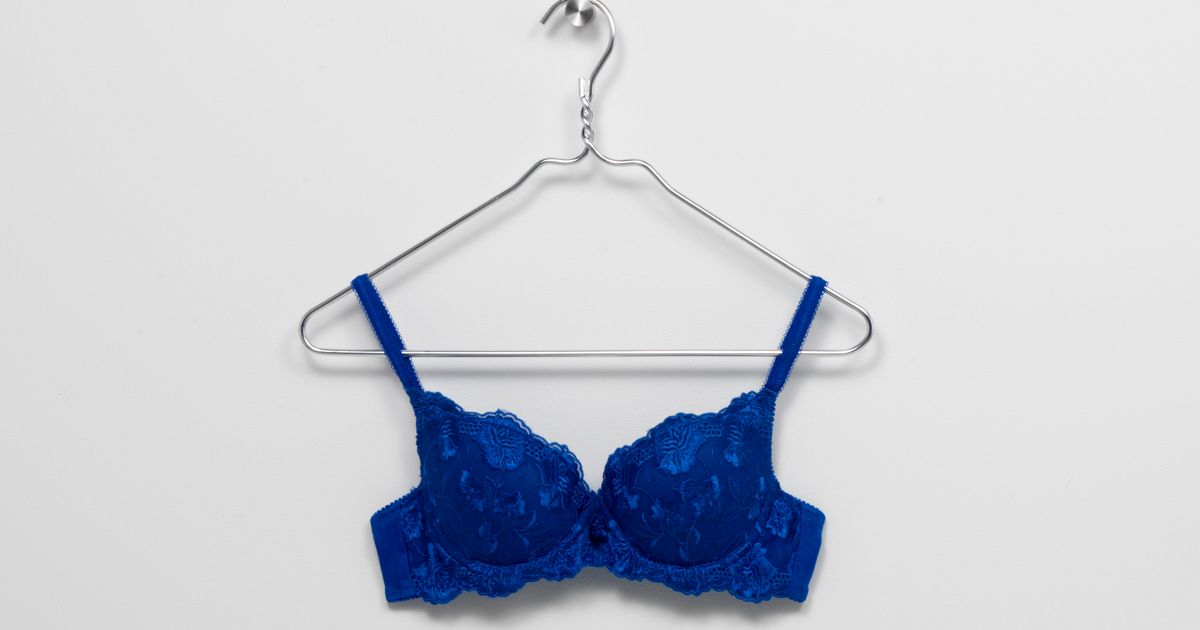 Previous Article My Breasts Were Removed Due To Cancer. Living Flat-Chested Didn’t Go As I Expected. A “OneLove” armband is seen ahead of a World Cup match in 2022. (Bruno Fahy/Belga Mag/AFP/Getty Images) Soccer’s global governing body has found itself at […]

It wasn’t exactly an emergency, but Michael Reed, a security guard who lives in Watts, had back pain and ran out of his blood pressure […]

Twitter users are bidding farewell in the form of comedy and memes following mass resignations at the social media platform on Thursday. The trends #RIPTwitter, […]

Capt. Hollywood: Who is the ex-LAPD commander who tipped off CBS to assault claim?