Thanks for stopping by. Happy Wednesday, everyone. So we all remember that letter Politico published ahead of the 2020 election that dismissed the Hunter laptop story as Russian disinfo. By the way, when I say we all remember, I obviously don’t include the president. The letter was crafted right after the New York Post had published a piece on the laptop, which Hunter had dropped off at a computer repair shop and then abandoned it like it was his child. It’s true. He has a baby with a stripper

TYRUS: Not that there’s anything wrong with that.

No, not at all Tyrus. But all right, so anyway, I know the feeling my parents did that with me at the highway rest stops, and I made so many new friends. That joke makes no sense and I don’t care. The hard drive contained tons of stuff concerning Biden’s business dealings, as well as all sorts of sordid or, in Kat’s view, romantic videos of Hunter doing drugs and hookers, and not always in that order. But then, miraculously, this letter, signed by 50 odd intel experts, appeared to save Joe’s day and boy did it.

The story was blacklisted by major media outlets and social media algorithms. You even mentioned it, you were mocked, scorned or suspended from tech platforms. I like getting suspended from things, but not tech platforms, you know what I mean? The rest is history. Trump lost and now we have this.

This reminds me of those late night commercials with sad dogs. Those are all stunt dogs, by the way. But in case he croaks, then we’re stuck with this.

Her Venn diagram is stupid and really stupid. Since then, of course, the laptop story and the New York Post have been vindicated. But like Joe Biden’s sphincter, it was too late. I don’t even know what that means.

Hunter Biden, son of U.S. President Joe Biden, arrives with wife Melissa Cohen Biden prior to President Biden awarding Presidential Medals of Freedom during a ceremony in the East Room at the White House in Washington, U.S., July 7, 2022.
(Kevin Lamarque)

But we had to wonder, how did that letter come about? Why were so-called intel experts so happy to dismiss something they didn’t bother to investigate? Well, last night, Bret Baier, the host of “Special Report” and also my personal masseuse, actually had one of the letter endorsers on his show, a former CIA officer. It was a great get for Bret, but only because Angela Lansbury was a no show. R.I.P., but this was hilarious.

BRET BAIER: [In] October days before the 2020 election, you signed on to this open letter that was published by Politico. It said, “We write to say that the arrival on the U.S. political scene of emails purportedly belonging to Vice President Biden’s son Hunter, much of it related to his time serving on the board of the Ukrainian gas company Burisma has all the classic earmarks of a Russian information operation. Why did you sign on to that?”

DAVID PRIESS: Yeah, because of what it says. It has all the classic earmarks of one of these operations. You’ll note elsewhere in the letter, if you read it, that it also says, we don’t know if this is a Russian operation at all.

So get this, it had all the classic earmarks, but it’s not like we said, it’s real because we don’t know, right? Okay, since when do 50 members of intelligence suddenly put out an urgent letter saying, we don’t know? When does that ever happen? Sorry, dude, 50 people don’t do anything urgently if they have misgivings. I mean, they acted like they all got food poisoning from the same Chipotle and were racing to find a toilet. Otherwise, when people aren’t sure, or they’re ambivalent, what’s the rush? Where’s the fire? You do nothing. Baier points out that even though the agent claimed they didn’t know, Biden still used it exactly the way the agents had intended.

BRET BAIER: So understanding how you characterize it, but he characterized it differently and used it in a debate just days before an election.

Oh, he is? Give us one example. That’s like saying I’ll let Kermit the Frog speak for himself after Jim Henson died. Joe only speaks if you feed him the words like you did in this phony letter. But my favorite part is this.

DAVID PRIESS: People who study Russian disinformation, intelligence officers who look at Russian tactics over the long period of time. This is the kind of thing they like to amplify, to sow discord within target countries.

You get that, it’s Russian disinformation, even though the information is true because they amplify it. That’s like being caught in an affair and saying, yeah, it’s true, but bringing it up makes it false, so please don’t. That’s what I use. But at least he didn’t keep repeating himself.

It’s like he’s saying Beetlejuice hoping that Lori Lightfoot arrives to rescue him.

Yes. Yes. Then he blames the media and anyone else he can find.

DAVID PRIESS: In the way it was disseminated and propagated through media.

BRET BAIER: Even though it wasn’t true.

BRET BAIER: It had the classic earmarks, but it wasn’t true.

DAVID PRIESS: What is not true?

BRET BAIER: That it was Russian disinformation.

DAVID PRIESS: That’s not what we said in the letter. Read the actual letter, and we said, we do not know if this is Russian disinformation.

BRET BAIER: It has all the classic earmarks of a Russian information operation.

I’m sorry. I was just looking up psychopath. So it’s our fault that we don’t know the difference. Do you believe this guy once worked for an outfit that has the word intelligence in it? You know, I’ll agree with him about the media, they ran with this letter, but not the laptop like it was the truth. Despite the laptop having endless videos of Hunter Biden’s butt and other things. Look how blurry it is. Check that —- out. Go to a doctor. Anyway, but that’s exactly what they were expected to do, once a letter like this from 50 experts gave them the cover they needed. It gets worse.

BRET BAIER: He said it plainly on a debate stage, that obviously affected the dynamic, don’t you think?

DAVID PRIESS: I would absolutely love for all news media to show nuance on all of these issues instead of racing to soundbites.

Dude, there were no soundbites. The facts were taken from the letter you co-wrote, which again you —– —- was the plan all along. No one writes a letter to be ignored like the ones I get from Kilmeade’s lawyer all the time. So this is just a glimpse of who was involved in this fraud. Now, multiply this dimwit by 50. The ends justify the means, you can lie to the American people and there’s no consequences.

But that’s 50 reasons why you got to go vote and take control of the House, because every single signer of that letter needs to be questioned just like that. Like who asked them to do this? Were they paid? Did they deduct that contribution from their taxes? But I credit this guy for at least showing his face in public. Something I wish Madonna would stop doing. But bottom line, I didn’t know how to end this. But, the fact is, we wouldn’t let this kind of crap slide in the workplace.

Greg Gutfeld currently serves as host of FOX News Channel’s (FNC) “Gutfeld!” (weekdays 11PM/ET) and co-host of “The Five” (weekdays 5PM/ET). He joined the network in 2007 as a contributor. He is the author of several books. His latest is “The Plus: Self-Help for People Who Hate Self-Help.” Click here for more information on Greg Gutfeld. 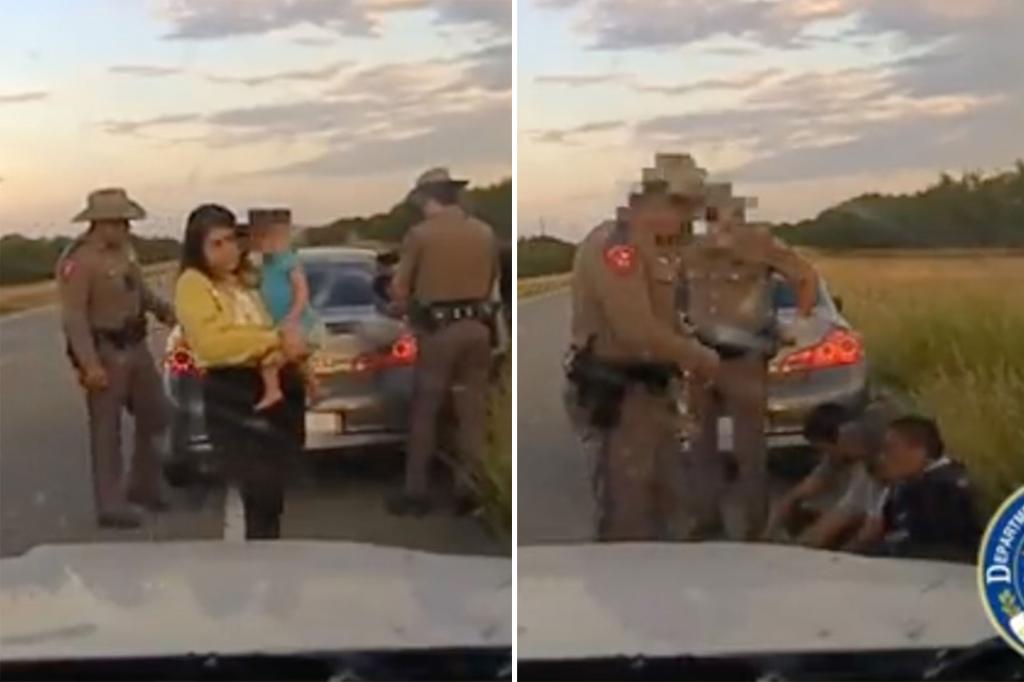 A bicameral duo wants to halt all weapons sales to Saudi Arabia after the powerful energy bloc OPEC+’s decision to cut oil production.

The move was widely condemned by the U.S. and Western allies as one that helps Russia.

Stream It Or Skip It: ‘Dark Glasses’ on Shudder, The Long Awaited Return Of Giallo Master Dario Argento

An incarcerated Pennsylvania man was indicted by a federal grand jury Wednesday on charges he threatened to kill President Biden, the chairman of the House […]

No one won the Mega Millions jackpot Friday night, but three tickets still raked in impressive prizes. One ticket worth $1 million was sold in […]