It’s almost Thanksgiving — the time when we reflect and give thanks, which is something I do every day when I look into a mirror. Man, was God generous. Thanks, God.

VOICE: You’re welcome, Greg. By the way, your quads are looking great. The angels are really noticing.

Good to know. But we should all be thankful for our successes and most importantly, the failure of others. Me? I’d like to give thanks for Anthony Fauci for at least making Jesse Watters seem humble. God-willing, the spotlight-chasing doctor is retiring, and yesterday at the White House press briefing, he stood on a milk crate and took to the podium one final time, perhaps to tell us to start wearing four masks and be sure to put one on your turkey too. But instead of being Fauci’s swan song, the presser took a nosedive faster than Julie Banderas into a box of wine with a crazy straw.

JULIE BANDERAS: I don’t use straws.

I know that. Trying to be nice. The drama all started when a brave reporter for the Daily Caller tried to ask a simple question about the origins of COVID-19. You remember COVID, right? It’s that disease that just happened to start where Fauci had funded what sounded an awful lot like gain-of-function in coronaviruses. Yeah, it was that little pandemic that killed millions, decimated the global economy, and left a whole generation of young people dumber than your average CNN viewer. But before we could get an answer, Karine Jean-Pierre swooped in like Ana Navarro on free pizza.

REPORTER: What have you done to investigate the origins of COVID?

Go ahead, Jeremy. So, wait, he’s their guest? He’s like an MVP quarterback who decided to drop by and wow the crowd? No, he’s a ——- civil servant, and we pay his salary, which happens to be a small fortune — and he better damn well answer that question at some point. But if you thought Jeremy, whoever he is, was going to get his question in, you’d be sorely mistaken.

REPORTER: You need to call from people across the room. She has a valid question. She’s asking about the origin of COVID.

KARINE JEAN-PIERRE: I hear your question, but we’re not doing this the way you want it.

Well, what way are you doing it exactly? I mean, I assume that is the way, you know, reporters ask important questions and the guests answer them. Damn it, it must be nice not to have to work that hard at a job. All you had to do was tick a few boxes and tell everyone to eff off. But Simon, I wonder if she’s done.

Of course, Simon. You know, assuming you could ask such questions is obviously guilty of white privilege. So that’s Fauci’s last briefing, and we still don’t know the origins of COVID-19 or how Karine Jean-Pierre got her job. Well, actually, we do.

But Fauci is retiring right before Republicans control congressional hearings. The timing is as convenient as my bathrobe falling open when my room service arrives.

Now we could believe the experts and assume COVID came from a lovely but slightly over-seasoned bat soup at a Chinese wet market. It’s not the cleanest place. They go by the five-second rule if you drop a jar of Ebola on the floor.

But really, Nancy Pelosi’s been eating bats for centuries, and she’s fine. Even her eyebrows look like little bats. Hell, for all we know, it could have come from the bathroom in “The View’s” green room. Probably would have been the least toxic thing in the water. The bowl routinely needs gain-of-function from a plunger. I know the janitors — or just maybe it could have been from a lab that does gain-of-function coronavirus research that just happens to be in the city where the outbreak began.

Point is, we don’t have any answers because they shoot down the question every time they get asked. And if you dare question the narrative, they’ll brand you someone who peddles in conspiracies, someone who thinks the earth is flat, someone who thinks we never landed on the moon, someone who really thinks that that’s Jesse Watters’s real hair — grow up. So the White House and KJP could deflect all they want, but the question must still be asked, and hopefully one day we’ll know for sure how and where the pandemic started and who’s to blame — probably right after we find out who shot JFK.

Greg Gutfeld currently serves as host of FOX News Channel’s (FNC) “Gutfeld!” (weekdays 11PM/ET) and co-host of “The Five” (weekdays 5PM/ET). He joined the network in 2007 as a contributor. He is the author of several books. His latest is “The Plus: Self-Help for People Who Hate Self-Help.” Click here for more information on Greg Gutfeld. 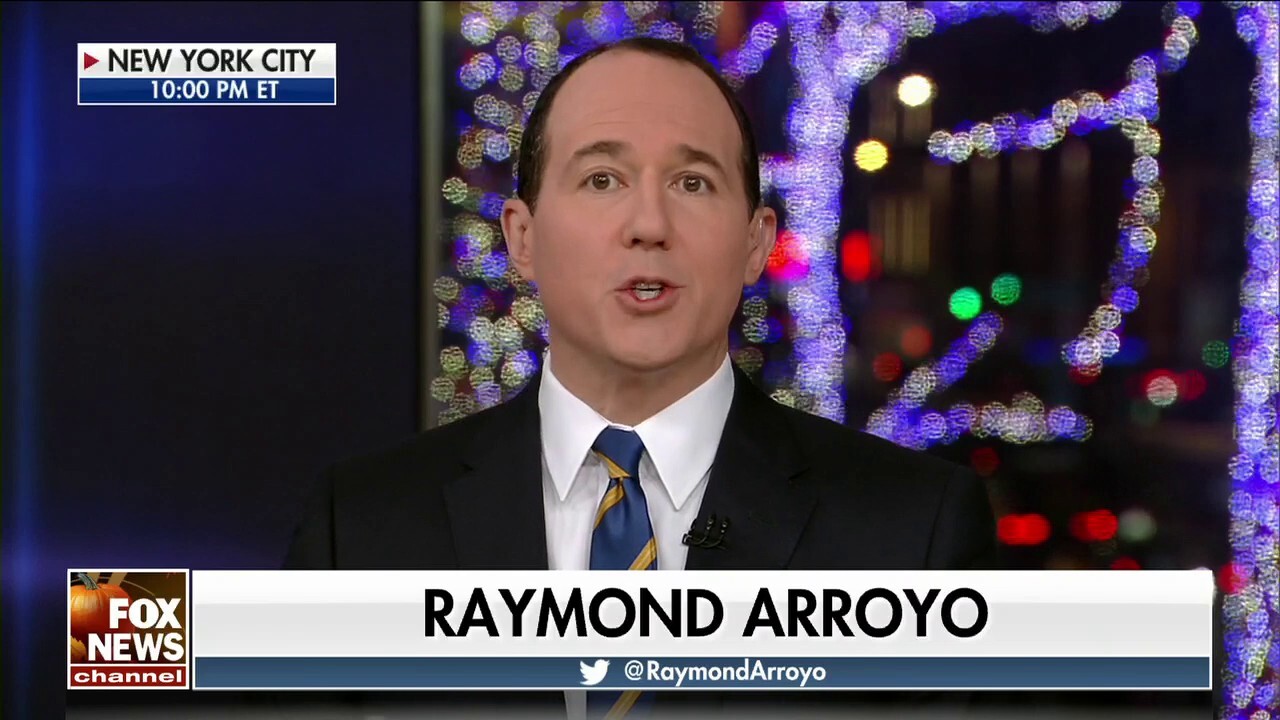 Previous Article Raymond Arroyo: I hope this Thanksgiving, partisanship is not on your menu 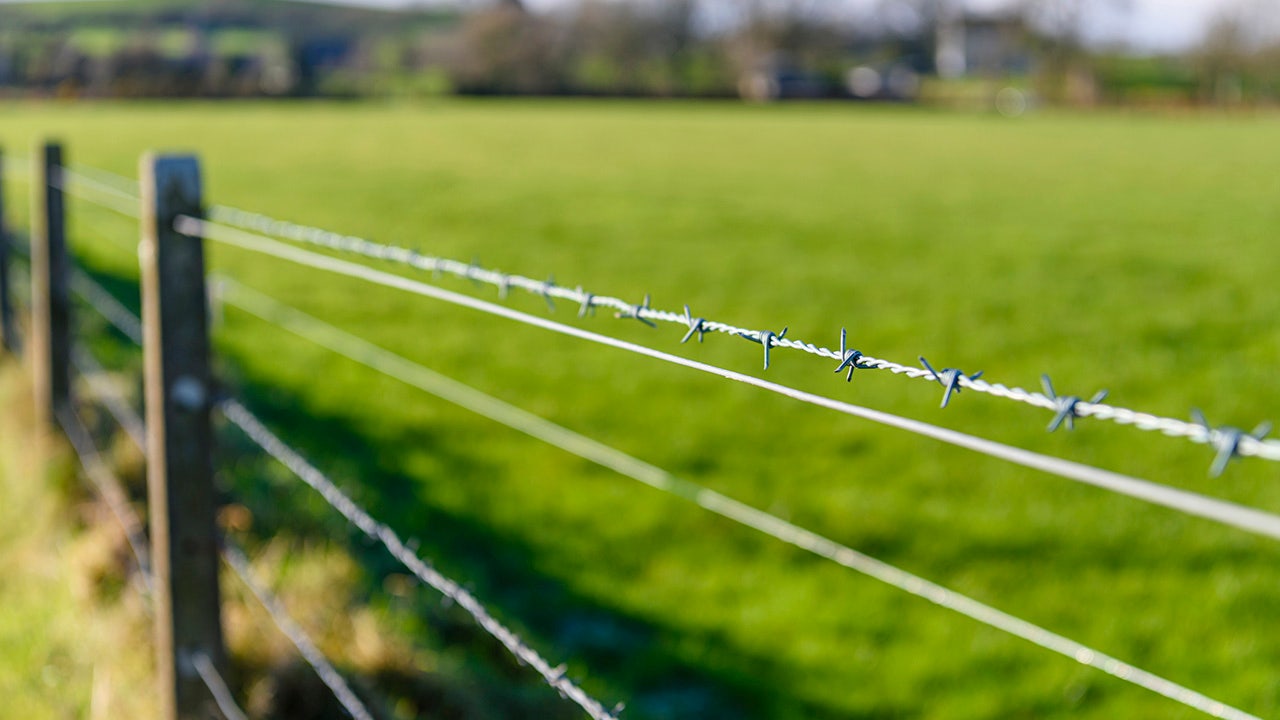 Next Article On this day in history, Nov. 24, 1874, the first commercially successful barbed wire is patented

Dear Abby: My elderly father who had a stroke refuses to stop driving

DEAR ABBY: My father, who is 84, just had a mild stroke. The problem is he wants to drive his car. My sister says we […]

A Seattle woman formed an unlikely friendship with a California prison inmate convicted of murder. It’s changed both their lives

(CNN) — Ann Patnaude is a soft-spoken White woman with a doctorate in art history. The 47-year-old lives in Seattle with her husband of two […]

Hannah Pick-Goslar, then 69, childhood friend of Anne Frank, is interviewed by the Associated Press at her Jerusalem apartment in Israel on Feb. 4, 1998. […]

Trump goes to war against DeSantis

Trump and DeSantis are on a 2024 collision course as the Florida governor’s national stock has risen, an ascent punctuated Tuesday night after DeSantis won […]