Florida school shooter may have been his own worst witness

Prosecutors played video last week at Cruz’s penalty trial of jailhouse interviews he did this year with two of their mental health experts. In frank and sometimes graphic detail, he answered their questions about his massacre of 17 people at Parkland’s Marjory Stoneman Douglas High School on Feb. 14, 2018 — his planning, his motivation, the shootings.

While it can’t be known what the 12 jurors are thinking, if any are wavering between voting for death or life without parole, his statements to Dr. Charles Scott, a forensic psychiatrist, and Robert Denney, a neuropsychologist, did not help his cause.

“All of this made Cruz himself perhaps one of the state’s best witnesses,” said David S. Weinstein, a Miami defense attorney and former prosecutor who has been monitoring the trial.

The jury will likely decide Cruz’s fate this week. For the 24-year-old to get a death sentence, the jury must be unanimous on at least one victim. But if all 17 counts come back with at least one vote in favor of life in prison, then that would be his sentence. Closing arguments are scheduled Tuesday, with deliberations beginning Wednesday.

Because Cruz’s defense is that his birth mother’s heavy drinking during pregnancy left him brain damaged, prosecutors could have experts examine him for their rebuttal case.

Scott and Denney interviewed him separately for several hours. In each, Cruz sat across the table, handcuffed, a sweater draped over his chest. He sometimes asked for a pen and paper to add diagrams and drawings to his explanations.

“The question is: What will the jury take away from the interviews? Cold-blooded killer who was vengeful and excited about the murders, or a person so hopelessly deranged that he can’t be anything but crazy?” said Bob Jarvis, a professor at Nova Southeastern University’s law school.

Excerpts from those interviews, some of which are graphic:

A photo combination of Nikolas Cruz in court Monday Oct. 3, 2022, for his penalty trial and a backpack emblazoned with a racial slur that he once wore to school.
(Amy Beth Bennett via AP/ Law&Crime)

HOW LONG HAD CRUZ BEEN CONTEMPLATING A SCHOOL SHOOTING?

“A very long time,” Cruz told Scott, starting when he was 13 or 14, about five years before he did it.

“It was just a thought. I was reading books,” Cruz said. “It would come and go. It would pop up in my mind.”

The thoughts would return when he watched violent videos, particularly documentaries about mass shootings at Colorado’s Columbine High School, Virginia Tech and elsewhere, he said.

Nikolas Cruz being escorted into the Broward County Courthouse Sept. 27, 2022, during the the prosecution’s rebuttal case at his penalty trial.
(Amy Beth Bennett/South Florida Sun Sentinel via AP, Pool)

HOW DID CRUZ PLAN THE MASSACRE?

“I did my own research,” Cruz told Scott. “I studied mass murderers and how they did it, their plans, what they got and what they used.”

He detailed the lessons he learned: Watch for would-be rescuers coming around corners, keep some distance from your targeted victims, attack as fast as possible — and “the police didn’t do anything.”

“I have a small opportunity to shoot people for maybe 20 minutes,” Cruz said.

PARKLAND SHOOTING TRIAL: JUDGE LASHES OUT AT DEFENSE LAWYERS AFTER THEY RESTED THEIR CASE

HOW DID CRUZ PREPARE?

He told Scott he put his AR-15-style semi-automatic rifle in a bag the night before and slipped its magazines into a shooting vest. He adjusted the gun’s sights and imagined what the recoil would feel like.

He donned the burgundy polo shirt he received when he was a member of the Stoneman Douglas Junior Reserve Officer Training Corps program so he could escape by mingling with fleeing students.

“If I had all my (shooting) gear on, they would have called the cops,” Cruz said.

When he set out at 2 p.m., he told the Uber driver he was in the school orchestra and the bag carried his instrument.

WHAT DID CRUZ DO WHEN HE ARRIVED?

“I walked through the gates. Hopefully, there would be no security guards, but I was wrong,” Cruz told Scott. “I was looking at the guy and he was watching me.”

When Cruz attended Stoneman Douglas, guards frequently checked him for weapons because of his erratic and sometimes violent behavior. When he was expelled a year before the shooting, a guard predicted he would eventually return and shoot people.

Fearing he’d been discovered, Cruz sprinted into a three-story classroom building and quickly assembled his weapon. He told a student who happened upon him to flee because something bad was about to happen.

He then went floor to floor, shooting down hallways and into classrooms, firing 140 shots in all.

“I thought they would scream,” Cruz said about his first three victims. He shot them point-blank outside a locked classroom door. “It was more like they passed out and blood came pouring out of their head. It was really nasty and sad to see.”

“I think I showed mercy to three girls. I was going to walk away, but they showed nasty faces and I went back,” Cruz said. “I thought they were going to attack me.”

Cruz shot several of his victims a second time after they fell, including his final one — a student writhing from a leg wound. He said the boy “gave me a nasty look. A look of anger.”

“His head blew up like a water balloon,” Cruz said.

WHY DID CRUZ STOP SHOOTING?

Students and teachers fled the building or locked themselves in classrooms. The third-floor hallway was now empty except for victims.

“I couldn’t find anyone to kill,” he said. “I didn’t want to do it anymore and I didn’t think there was anyone else in the building.”

He dropped his gun and vest on the stairwell and fled. He was captured an hour later — the police officer had been looking for a young male in a Stoneman Douglas ROTC polo.

As Denney was finishing the final interview, he asked Cruz if there was anything else he should know. Cruz thought for 10 seconds before responding: “Why I chose Valentine’s Day.”

“Because I thought no one would love me,” Cruz explained. “I didn’t like Valentine’s Day and I wanted to ruin it for everyone.”

“Do you mean for the family members of the kids that were killed?” Denney asked.

“No, for the school,” Cruz replied.

The holiday will never be celebrated there again, he said. 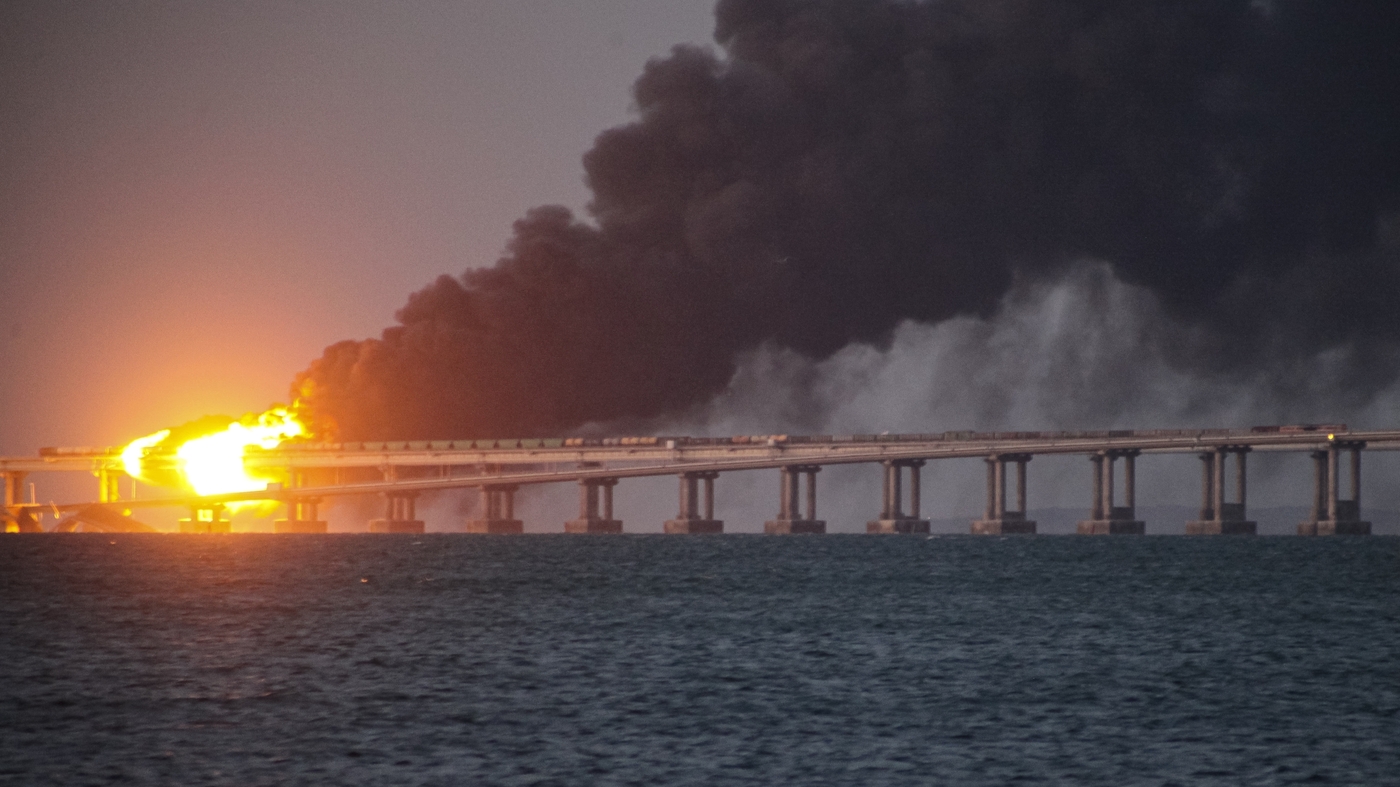 EXCLUSIVE: The son of House Speaker Nancy Pelosi and her husband Paul Pelosi, who was rushed to the hospital after being attacked by a man […]

A Los Angeles high school basketball coach was arrested this week on suspicion of sexually assaulting a minor, and police are seeking more potential victims […]