FORT MYERS — After Peggy and Bruce Zachritz, both 66, climbed through the kitchen window with their dog to escape rapidly rising water, they faced a suburban apocalypse.

Car alarms blared. Dark rushing water reeked of gas and feces. Mailboxes and a refrigerator bobbled by. Up the street, a home was on fire.

The grandparents of 11 trudged through about 5 feet of white-capping water swelling from the back canal to arrive at their front porch in Fort Myers, where they lassoed pool innertubes to a column of their beloved one-story home.

After 45 years of marriage, this was certainly a new milestone.

Peggy turned to Bruce, “If we’re going to die, I want to at least have a selfie.”

She smiled. He didn’t.

To go back a bit, to understand how two retirees end up tied to their front porch during an almost Category 5 hurricane rather than ensconced on higher ground, it might help to know Peggy and Bruce were born in Miami.

When Peggy was in third grade, she helped her parents bail water from their Key Biscayne home after Hurricane Betsy in 1965.

The street in their Island Park neighborhood in south Fort Myers backs up to a canal that connects to another canal that’s notorious for flooding.

Five years ago, before Hurricane Irma, emergency responders came to Plumosa Avenue with bullhorns. If you stay, we cannot rescue you. If they stayed, they warned they could be swallowed up by storm surge.

That is what Bruce told Peggy, who was away visiting their daughter.

Bruce has Parkinson’s disease. He evacuated for Irma. Most neighbors did, Peggy said. The water only came up about halfway into the yard.

“That’s why everybody stayed,” said Peggy.

Before Ian, emergency responders rode through the neighborhood but Peggy didn’t hear any bullhorns with dire warnings and she and Bruce weren’t worried.

As the storm unfolded Sept. 28, weary meteorologists grew morose: It was a worst-case scenario for Southwest Florida that was too late to escape. It was too windy and dangerous for rescue workers on roads. To avoid drowning, newscasters suggested vertical evacuation, basically moving to the highest spot, hoping for the best.

Peggy and Bruce didn’t have space in their attic. Nor did they have a way up. But they wouldn’t have gone into their attic anyways because they knew that’s where they could drown. They strapped on life preservers.

In the hours before Ian hit, Peggy kept in close touch with their three grown children. Their youngest, 40-year-old Josh Zachritz, lived the closest, about 10 miles away.

She texted him at 1:40 p.m., about an hour before Ian made landfall on a barrier island 40 miles northwest of their house.

We’re going to lose the Waverunners.

Water is almost up to the pool.

Peggy texted back a pair of prayer emojis.

She watched the water swell from the canal to the pool adorned by chubby manatee statues. The spot brings her the joy with memories of grandkids. But the current view was foreboding.

“We’re going to be in trouble,” she told her husband.

Peggy began throwing cherished things up on the beds.

More:This Florida woman survived her ‘biggest mistake’ in Hurricane Ian. Why experts say many others didn’t

A Wii she had borrowed and had every intention of giving back. Presents and cards she bought for the October birthdays in the family. A recliner for her grandson with cerebral palsy who would turn 10. A Lego set. Wrapping paper for those gifts. Baseball cards her husband had been saving to pass on to their eight grandsons. Important papers. Photos. But where was the wedding album? She couldn’t find the wedding album.

Water was rising. They needed to get out.

Peggy thought about her grandchildren. They need me. I’m not leaving my family.

The hurricane-impact windows they had just put in wouldn’t budge. They slammed against the front door. It refused to open. The water rose several feet in less than an hour and was seeping inside. They were determined not to drown.

Just as they were about to break the glass in the front door, Peggy, a woman of faith, heard clearly: Kitchen window.

Eight inches of water floated above the kitchen window looking onto their lanai. The mucky brown-green water from the canal had risen several feet outside. But the window offered a viable escape.

First, a large leather chair had miraculously moved from the living room to beneath the kitchen sink, right where they needed it, where it could serve as a stepping stool for her but more importantly Bruce, whose legs are weak from Parkinson’s disease.

Peggy managed to slide open the window and climbed into the cold chest-high water. Her husband handed her out their 50-pound Australian shepherd Coacoa. She placed the dog on a random table that had also floated into divine placement.

She braced to help her husband. He’s a big man, 6-foot-6. He pushed aside the kitchen faucet and lay on his back, headfirst.

“Push as hard as you can,” she told him.

As he pushed with his legs, she pulled as hard she could on the life jacket. It worked. Up he stood. They grabbed two innertubes from their pool in case they would need more than life jackets to survive. She wedged a pool noodle between her legs. Bruce grabbed a rope. She grabbed a life jacket for Coacoa. Bruce draped a bag with their wallets, a phone and medications around his neck.

The front porch would provide shelter. That became their destination.  They had been protected under the lanai. Outside raged the storm.

‘The water’s up to dad’s chin’

Peggy grasped bushes in their side yard to keep from being swept into the water that looked like a roaring rapids amusement park ride.

“Are you there?” she called to her husband. “You’re too far away from me.”

She was most afraid for him.

Her mind turned to a Christian song. “I’ll praise you in this storm. And I will lift my hands.”

She could not lift her hands or sing without crying but praying helped.

On the front porch, she felt peace. The current wasn’t as bad. Coacoa clawed against the water. Peggy scratched between her ears to calm her.

She pulled the phone from a Ziplock bag and called their son Josh. “We’re tied to the front porch, but we’re alive. The water’s only up to dad’s chin.”

On the porch, the water didn’t stop rising. Peggy is 5-foot-11, which felt like a blessing. But, eventually, she could no longer balance on her tiptoes.

She grabbed the door stopper on the wall above her, lodged her legs into another wall and pushed her back against the front door.

Finally, the water stopped rising. She could see the top of her SUV. The water dropped enough, maybe a foot, that she could see the little orange flowers on the front bush. The sight quelled her fear. We’re going to make it, she thought.

There were other natural marvels.

Peggy scooped up baby snapper fish, also fighting for their lives. A dove, feathers asunder, landed on her husband’s shoulder and stayed until it had the strength to fly. But after a few hours in the water, they began shaking from hypothermia.

She told Bruce. “Pee, it warms your body.”

The sky grew darker. They didn’t want to be there at night. They walked back to their lanai but the water indoors was still up to their countertops. They would freeze to death if they stayed in the water overnight.

They headed back to the porch.

What to do, what to do. The wind was still blowing something terrible. If they were going to live, they would have to go higher and drier. The water was at rooftops. They worried about the family across the street. They had known the kids who lived there since they were little and now they were in college. They knew that family had stayed too. They tried calling but it went to voicemail. If they were alive, they had to be in the attic.

Further up the street, they could see their neighbor’s elevated home. Peggy knew him as Marina Mike. His full name was Mike Murphy. Earlier, they had seen Mike in a boat rescuing neighbors. They had called for help but Ian silenced their pleas.

They had to make it to his wooden steps.

Peggy slipped on her flip-flops. They grabbed a tube, draped Coacoa over a stray boat slogged through the water that had settled in the center of Plumosa Avenue, and faced the winds. Later, Peggy would be amazed how not one thing hit them.

“Hello, are you the lady of the house?” Peggy called in to Mike’s lemon-colored home as she and Bruce emerged sopping with contaminated water onto the neighbor’s porch.

Olivia Johnson heard the cheerful voice and saw strands of long blond hair flying at the glass door around 8 p.m. that evening. Olivia’s fiancé Mike and her father Roy had already started rescuing neighbors. Now two more were at their threshold.

“Come in girl, let’s get you dry,” Olivia said.

Peggy worried about imposing, bringing her dog and the nasty water she and Bruce had been floating in for hours. “We don’t need to come in. We’re fine out here.”

Olivia insisted. “You can’t stand out in the porch. It’s not safe for you and everybody.”

The hurricane was still in full force. It took a few minutes but Olivia finally convinced Peggy. The first thing Coacoa did was pee on their floor.

“There are people in their attics,” Peggy told them.

Peggy knew of at least five or six other families who had stayed and were nowhere to be found. Marina Mike and his relatives rushed to the boat and began rescuing more. Olivia offered water, food, towels and clothes.

“Half of the men had on Mike’s underwear,” Peggy said.

Each time another neighbor arrived, Peggy cried. She was so grateful that her neighbors were willing to risk their lives to save others. Twenty-two neighbors would find shelter there that night. She couldn’t stop saying, “God bless you.”

When they returned home, Peggy found that the beds had been lifted and the presents for the October birthdays had been saved.

So she wrapped them even though the rest of their home looked like as if it had been through a spin cycle. She found her wedding ring and a diamond ring her husband had given her for their 25th anniversary sitting in a little dish in the master bathroom. And it seemed fitting that once her son’s demo and restoration crew came to clear out the waterlogged home they would find a Bible in her husband’s dresser that was completely dry.

USA TODAY Hurricane Tracker:Updates on the path of every storm

Connect with Janine Zeitlin at jzeitlin@gannett.com and on Twitter @JanineZeitlin.com. 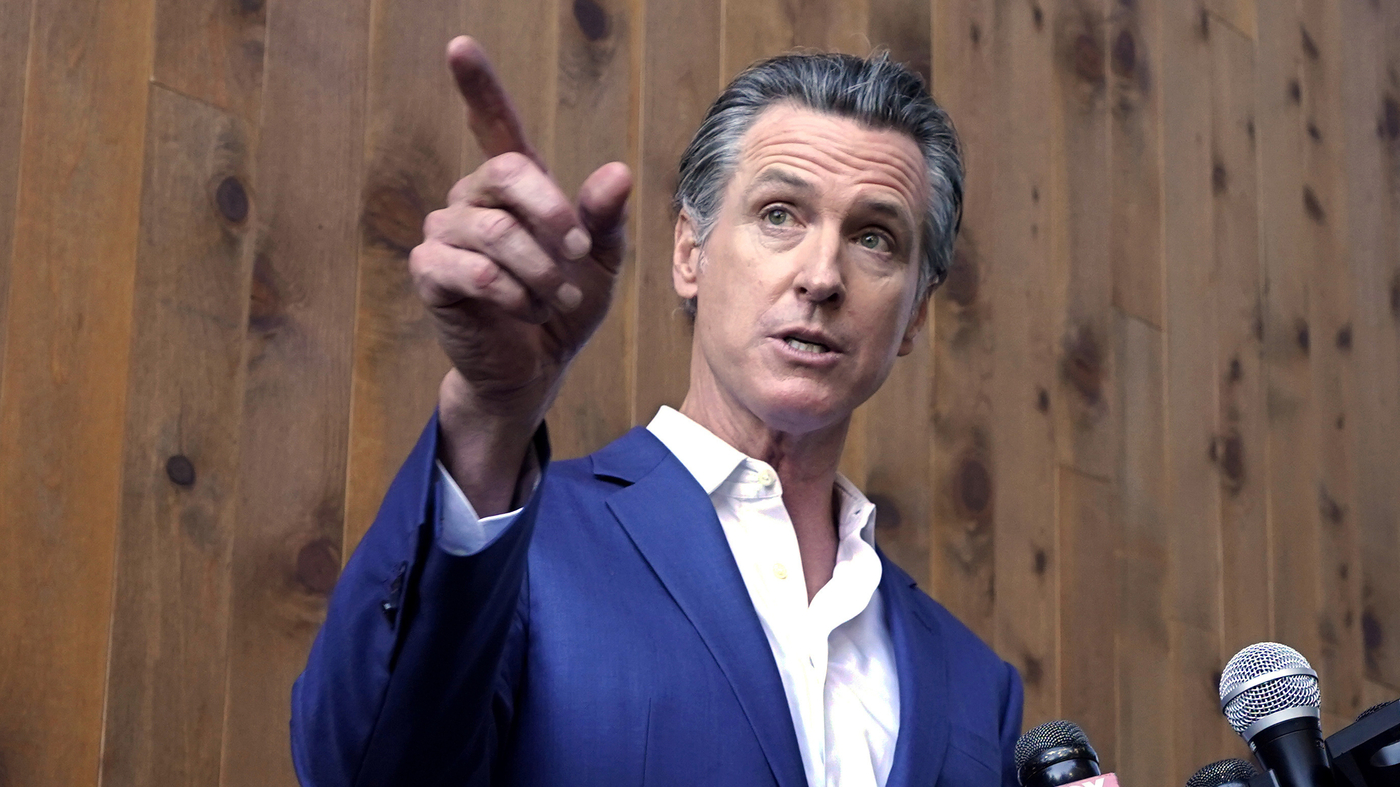 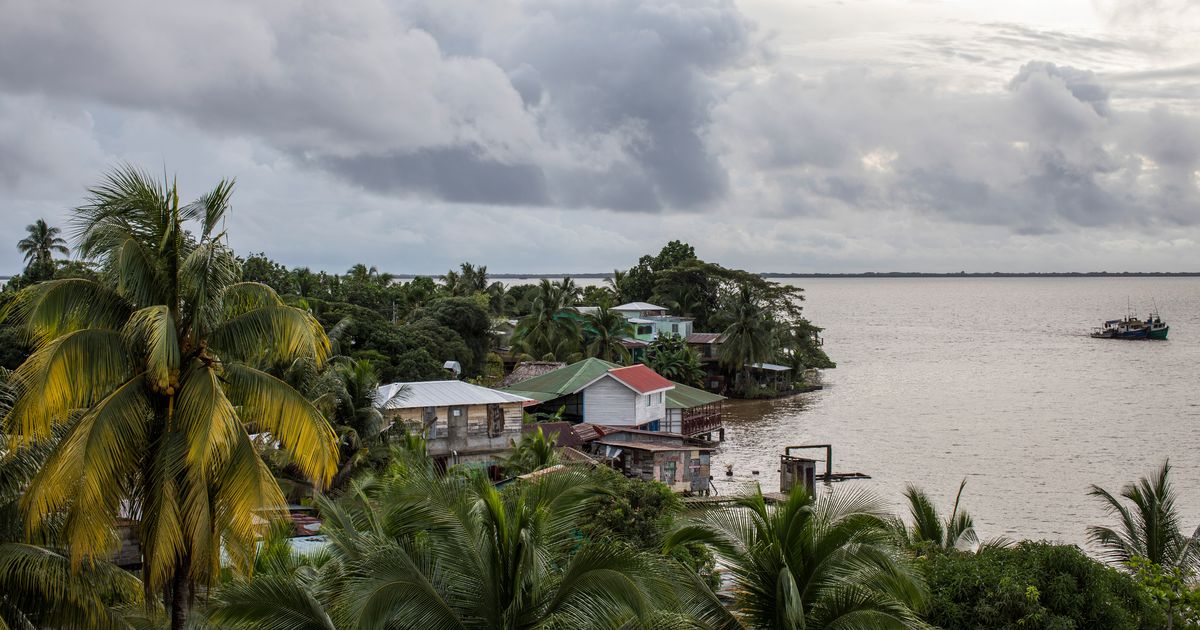 Kaley Cuoco’s Ordeal Was The ‘Most Frightening Time’ In ‘Big Bang’ History: Producer

Treasure hunter finds buried keys to new car. Could you solve the riddle that led him to them?

Anyone looking for a deal on a new car will dig this story. A British man won Fiat 500 after a mysterious phone call led […]

Yankees turning to Nestor Cortes as Game 5 starter after postponement

The Yankees’ do-or-die Game 5 matchup with the Guardians being postponed provided a silver lining. Nestor Cortes will now start on Tuesday after a lengthy […]

After a slow start, the Miami Dolphins battled their way back against the Detroit Lions to collect a 31-27 victory for their fifth win of […]