It’s a universally known fact that the best part of Halloween is seeing pets dressed up as skeletons, sunflowers, lobsters … You name it, we enjoy it. Given our passion for pet Halloween costumes, we decided to try a few on our very own cats and dogs to find the cutest, comfiest, most Instagram-ready pet costumes there are. A few scratches and barks later, these are our favorites.

For under $20, this lobster costume is a no-brainer. It’s super comfy and is basically a plush pet jacket with a hood on it! I can’t wait for him to strut around town on Halloween like the cute little lobster he is. — Stephanie Griffin, social lead

I absolutely love dog costumes that make your pup look like it’s a little person, I just think they’re so cute. That’s why when I saw this postman outfit I knew I had to buy it. It’s simple to put on and the little box that attaches is absolutely adorable. The legs were a bit too long for Miso, hence the cuffs and the hat didn’t stay on perfectly, but it’s a great costume for your Halloween photoshoots. — Kai Burkhardt, associate editor

Is Atticus a cat or a lion? It’s exceptionally hard to tell with this lion mane costume for cats. The head piece easy to get on your furry friend with a velcro band that straps underneath their chin. We loved this simple yet absolutely adorable costume. — Emily McNutt, senior travel editor

My sister and I grew up watching “Lilo & Stitch” together, so when we saw this unique costume, we had to get it for her poodle puppy, Boobie. I love how all six legs sort of waddle around when she walks. — Caroline Curran, associate editor

My dog Marie is a massive Phoebe Bridgers stan, so just like Pheebs, she’s insisted on dressing like a skeleton two years in a row now. It’s the ultimate fit for the sassy sad girl in your life, or just people who like dressing their dogs as skeletons. Also pairs well with humans. — Mike Andronico, senior tech writer

I love the idea of dressing Phoebe the cat as other creatures. This year, she was transformed into a Phoe-bee — even though the look only lasted long enough to snap a pic. — Chelsea Stone, senior editor

It’s hard to imagine my sister’s toy poodle puppy could get even cuter, but this bumble bee costume really sends me over the edge. I love that there are little slots for her ears (which she doesn’t seem to mind!). So precious, plus there’s nice alliteration with the pup’s name: Bumble Bee Boobie! — Caroline Curran, associate editor

I couldn’t resist dressing Teddy up as a cowboy for Halloween this year, and for once, he actually didn’t mind it! The measurements were spot on and the two velcro straps weren’t restrictive, so he could still run around like normal. However, this time, with a cowboy on his back. — Stephanie Griffin, social lead

In my book, two skeleton hoodies for pets are better than one. As much as she absolutely hates it, I love to dress Eartha up once or twice a year (see below). This year she’s a skeleton. (Phoebe Bridgers who?) But really, while this outfit is now her nemesis, it is incredibly cute, relatively easy to slip on and for pictures like this, I can’t say I regret it at all. — Rachel Lubitz, senior lifestyle editor

Maggie will wear anything, especially when it’s something comfortable, which this costume is. The material is soft and large enough around the neck for her to move uninhibited. The costume attaches in three places: at the neck with velcro and on both front legs with elastic bands. My only complaint about this costume is that I wish the material for the legs was longer, but in the costume maker’s defense, Maggie is quite tall for a goldendoodle. — Katelyn Gendron, senior SEO manager

This man of leisure loved his nook shirt. It features three snap buttons on the front of the shirt for easy dressing. The cotton and polyester material was comfortable, but the highlight of this Halloween costume was the cute leaf pattern, which is available in both a dark green and white pattern. — Emily McNutt, senior travel editor

Lola’s not the biggest fan of costumes but the Target Hide & Eek brand headpieces are easy to get on and off. They have so many adorable choices, but we thought since she loved to sun herself by the window, the sunflower costume would be the perfect fit — even if she hates me now. — Lindsey Smith, associate editor

My chocolate lab Moose was a prisoner last year for our evening tour of the neighborhood. I can’t believe he tolerated the hat all night long. (He did chew it to shreds later that evening. I guess he earned it.) — Mike Bruno, VP of commerce

While Atticus didn’t love being dressed up as a spider, we sure did. The costume is easy to get on with two velcro straps and a soft fabric on your pet’s back, and the wire legs can be adjusted. As far as pet spider costumes go, we loved this somewhat realistic take on a spider. — Emily McNutt, senior travel editor

Trina is 15 years young, so this adorable little granny costume felt like the PERFECT one for her. She’s super tiny (only 4 pounds), so I was a bit worried about fit, but the XS fit her just fine. I am obsessed with the delicate little purse and pearl necklace details, and the Velcro costume made it super easy to put on. She was not a fan of the wig, but the adjustable strap did make it easy enough to get the wig on her long enough to snap a few photos. — Hayley Saltzman, head of social

It’s hard to describe in words how cute this costume is. Between the iridescent wings, the puffy velvet body and the little stinger at the end, this turned out to be a truly perfect Halloween costume for a black cat. Though it did come with a little hat with antennae that she was far too frisky to tolerate, getting her into this one was a breeze since you just have two Velcro straps to wrap around and then you’re good to go. Eartha’s not even a cat who can wear a collar and she was able to tolerate this for a few very important pictures. — Rachel Lubitz, senior lifestyle editor

For $10, this pet lobster costume is a steal. It’s made of quality, plush material that even Brooklyn the bulldog hasn’t managed to destroy yet. You can secure it with just two Velcro straps, making it a cinch to get onto any pet — even if they don’t *love* wearing clothes. You’ll squeal when you see your pet running around with lobster claws. — Rosanne Salvatore, deputy editor

If you didn’t impulse buy a $5 dinosaur hat for your cat, did you even go to Target? Not pictured: Phoebe attacking the city à la Godzilla when she realized what was on her head. — Chelsea Stone, senior commerce editor

The measurements were spot on when we got this adorable little shark suit for my dog, Finley. The suit itself is really plush, like an extra-cozy jacket for him to wear. The fins are a bit floppy, but when we get the hood to stay on him, it looks like a shark is eating him, which is strangely adorable. — Kristin Magaldi, associate editor

I couldn’t resist dressing up my dog as Snoopy at least once, and this cheap, simple costume does the trick while being soft and easy to put on. It has little holes on the top so your pup’s ears don’t get smushed flat, and our dog only tried to shake it off once. — Kai Burkhardt, associate editor

There’s nothing more classic Halloween than a pumpkin, so I really had no choice but to transform my fur child, Phoebe, into a pump-kitten last year. The hat is really lightweight (unlike other pumpkin costumes that are filled with stuffing) and more on the basic side (Phoebe rejects clothing on her body). Yes, it comes with a matching pumpkin hat for humans. No, I will not share a photo of me wearing it. — Chelsea Stone, senior commerce editor

When you have a black cat, getting an on-theme Halloween costume is serious business. And these bat wings were absolutely perfect for Eartha last year. Easy to wrap around her for a quick photo, the wings are made from felt material, so they’re super light and easy to awkwardly walk around in. And she looks just terrifyingly cute enough to make for a perfect Halloween Instagram, don’t you think? — Rachel Lubitz, senior lifestyle editor

Marie runs my apartment much like Darth Vader runs the Death Star, so this Imperial outfit is perfect for her. Even if she hates wearing clothes. — Mike Andronico, senior tech writer

I’ve dressed Stewart up — a lot. From holiday bow ties to winter hats and sweaters, he’s tried on his fair share of outfits. But none compare to this absolutely incredible take on a lumberjack getup, which just screams “I’m ready for fall activities.” Now I’ve just got to get my hands on a new flannel to match him. — Emily McNutt, senior travel editor 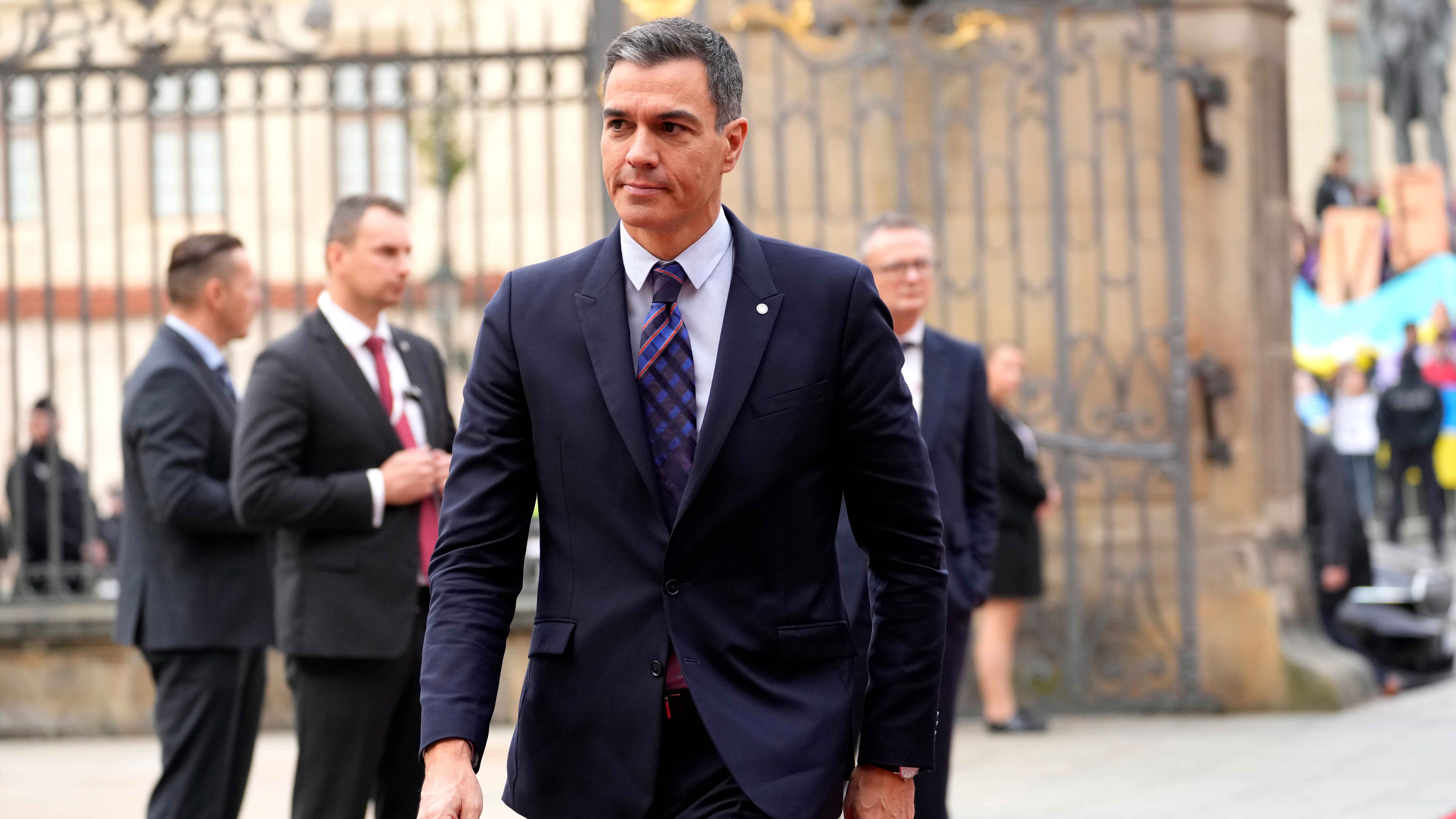 South Dakota signals the end of an era on Medicaid expansion

For Democrats who hoped Medicaid expansion would be a step toward universal access for low-income Americans, South Dakota signals the end of a protracted battle […]

Fighting over who gets the house in a divorce is one thing. But what about a frozen embryo? In a complex and emotional legal dispute […]