The state has dropped its case. Plus, the Justice Department urges the Supreme Court to reject Donald Trump’s documents request, President Joe Biden says a 2023 recession is possible but not likely, closing arguments are made in the death penalty trial of the Parkland school shooter and the MLB postseason rolls on.

Hit play on the player above to hear the podcast and follow along with the transcript below. This transcript was automatically generated, and then edited for clarity in its current form. There may be some differences between the audio and the text.

Good morning. I’m Taylor Wilson and this is 5 Things you need to know Wednesday, the 12th of October, 2022. Today, DNA evidence clears Adnan Syed, plus the possibility of recession and more.

Here are some of the top headlines:

Prosecutors said yesterday that DNA evidence suggest Adnan Syed is innocent and murder charges against him have been dropped. He and his case became the focus of the hit podcast Serial in 2014. He was previously convicted in the 1999 killing of Hae Min Le. He then spent the next two decades behind bars before the state’s attorney’s office in Baltimore asked a judge to vacate the conviction last month. At the time, the office said Syed could still be retried for the murder, but the state has now dropped its case. State’s Attorney for the city of Baltimore, Marilyn Mosby.

This morning I instructed my office to dismiss the criminal case against Adnan Syed, following the completion of a second round of touch DNA testing of items that were never tested before. Those items include skirt, panty hose, shoes, and jacket of Ms. Hae Min Lee. My office received notice of these results on Friday. This morning, I personally reached out to the victim’s attorney to inform Ms. Lee’s family of the DNA findings and my decision to dismiss the case. We attempted to wait for confirmation of notice before releasing anything publicly, but we still at this point have not heard back from that attorney. Equally heartbreaking is the pain and the sacrifice and the trauma that has been imposed, not just on that family, but Adnan and his family.

Syed has since been released from home monitoring. He was originally convicted when he was 18 years old and was first charged when 17. He was sentenced to life in prison plus 30 years in the strangling death of Lee who was 18 at the time. Syed has maintained his innocence since he was first charged. Statements from Lee’s family’s attorney said the state’s attorney’s office had not given the family any clarity on why the state changed its position so quickly after 20 years, though Mosby said there is an active pending investigation into her death. A reinvestigation of the case revealed evidence of the possible involvement of two other suspects.

The Justice Department urged the Supreme Court yesterday to not grant an emergency request from Donald Trump to review an appeals court decision dealing with the classified documents taken from his Mar-a-Lago estate. Trump asked the court last week to review the Circuit Court of Appeals decision that allowed the department to continue its investigation of about a hundred classified documents for possible crimes. Trump’s lawyers argued they should have been part of a special master’s review of 11,000 records seized at Mar-a-Lago. But government lawyers argue the Supreme Court should reject that because Trump has little hope of winning and has not shown he would suffer irreparable harm from the review. AP reporter Eric Tucker has more.

We’re learning new details about an FBI interview with a lawyer for former President Donald Trump. We are learning that one of Donald Trump’s lawyers, a woman named Christina Bobb, met with the FBI on Friday. She is important in this investigation because she was the custodian of records for Donald Trump’s documents after he left the White House and she gave the FBI and the Justice Department a sworn letter attesting to the fact that all of the classified records have been located, identified, and returned to the government.

What it really reveals is a little bit of disarray within the Trump legal team because what we’re learning is that Christina Bobb said that although she put her name on the letter and signed it, she did not draft it, she did not prepare it. And again, this document matters because the Justice Department quickly came to suspect that despite what the letter said, not all of the classified documents that they were looking for were in fact turned over and they were turned two months later with a search warrant and seized 100 more, 100 additional. What’s also new is that the Justice Department is asking the Supreme Court to stay out of a legal dispute over the role of the special master who was appointed to inspect the records seized from Mar-a-Lago. The Trump team had appeal to the Supreme Court asking it to require the Justice Department to give the special master the classified documents. The Justice Department today is saying, “There’s no need for us to do that.”

President Joe Biden said yesterday that a slight recession is possible in 2023, though he said he does not expect the US will enter one. In an interview on CNN Tonight with Jake Tapper, Biden said, “I don’t think there will be a recession. If it is, it will be a very slight recession.” His comments came hours after the International Monetary Fund forecast a global economic slowdown and a tightening of monetary and financial conditions in the United States. The IMF said that for many people, 2023 will feel like a recession. The agency said that high inflation, a slowdown in China and Russia’s war in Ukraine are contributing to global economic challenges.

In the interview, Biden also said he has no intention of meeting with Russian President Vladimir Putin at the G20 Summit next month in Indonesia, but he said he would consider a conversation with the leader, especially about the release of pro basketball player Britney Griner.

Closing arguments were made yesterday in the death penalty case of Florida school shooter Nikolas Cruz. He previously pleaded guilty to murder and attempted murder in the 2018 high school massacre that killed 17. Prosecuting attorney Mike Satz argued Cruz is a sociopath who hunted down victims after planning the attack.

The defendant had a plan and we discussed it. He carried it out. Tracer rounds. “Y’all know my name.” He wanted to be known. That was the goal of his plan, not just to kill at least 20 people, but, “When you see me on the news, you’ll know who I am.” Antisocial personality. Dr. Denning asked the defendant and you saw the clip. “Anything else you want to tell me?”

“Yeah. Why I did it on Valentine’s Day.”

“Why did you do it on Valentine’s Day?”

“I wanted to ruin it for others.”

His defense attorney, Melissa McNeil, said both she and Cruz had never denied what he did, but she said he’s mentally ill and was doomed by his mother.

Your struggle to raise yourself above revenge and sympathy will be difficult because you’re human beings and you have heard horrible things. But it’s a struggle that you knowingly undertook.

A large number of victims, family members, packed the courtroom at times weeping. The mother of a murdered 14-year old girl fled the room at one point before bursting into loud sobs in the hallway. The jury will begin deliberating today. A unanimous decision is required for death.

Four Game 1s are in the books in the four divisional series across the Major League Baseball playoffs. First up yesterday, the Philadelphia Phillies held off a late comeback by the defending champion Atlanta Braves to win 7-6 and take a 1-0 lead in the series. Then the Houston Astros came from behind to beat the Seattle Mariners with a walk-off homer from Yordan Alvarez. Last night the Los Angeles Dodgers beat the San Diego Padres 5-3, and the New York Yankees beat the Cleveland Guardians 4-1. Games roll on today with two of them in the National League, beginning with Phillies-Braves at 4:30 Eastern time.

And you can find 5 Things every morning on your podcast app of choice. Thanks to PJ Elliott for his great work on the show, and I’m back tomorrow with more of 5 Things from USA TODAY. 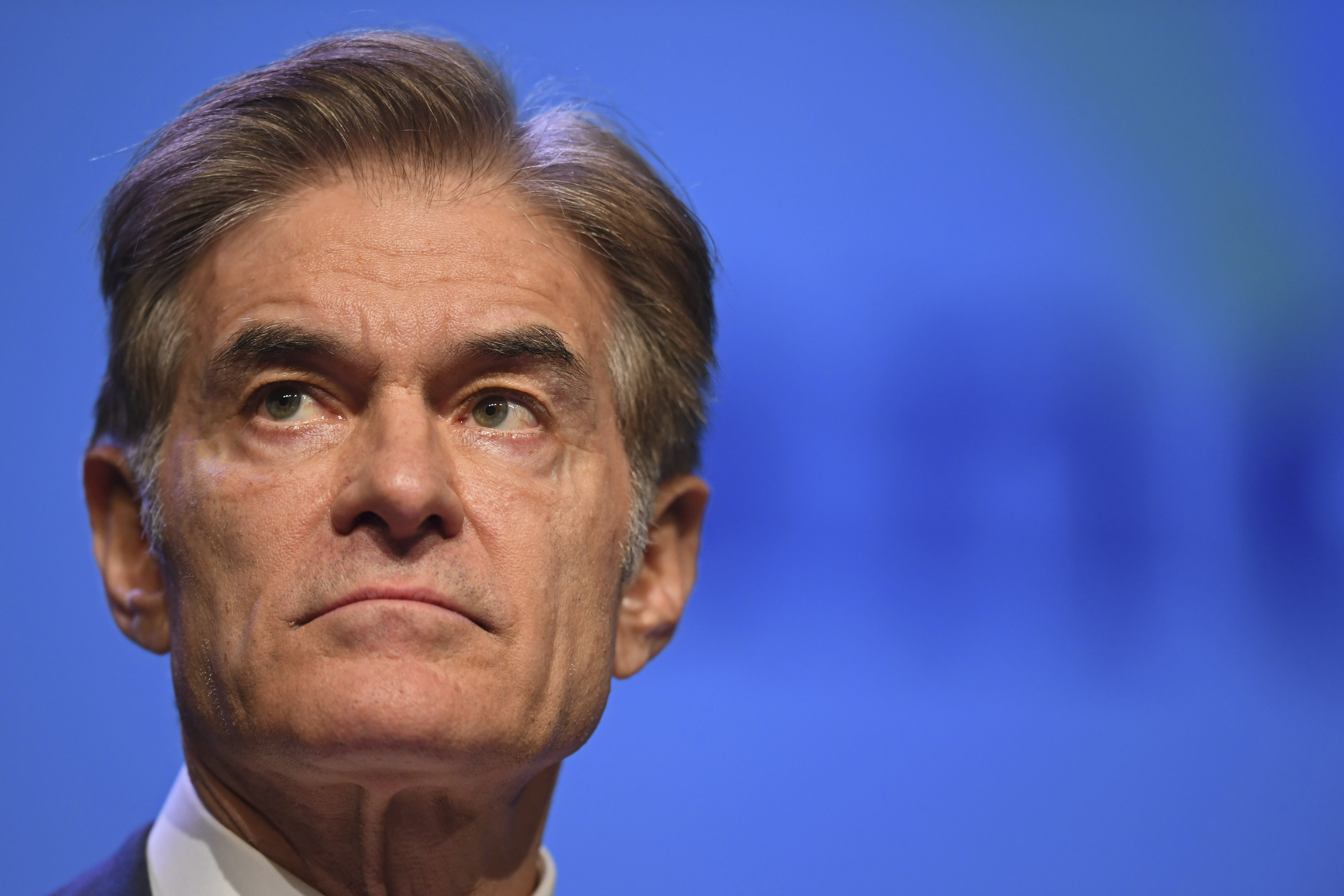 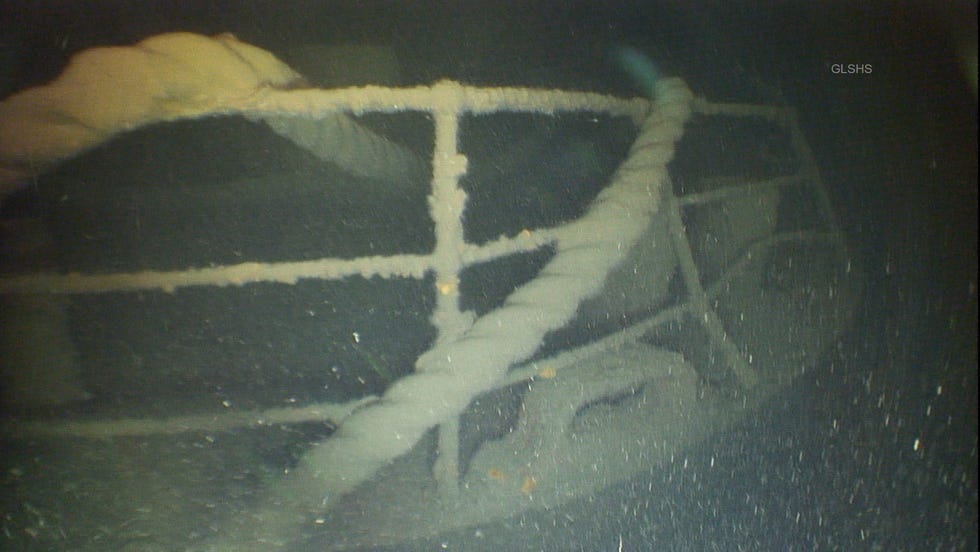 Republicans one win away from regaining control of House

Republicans secured five more House seats Monday night to move the party one win away from regaining control of the chamber. GOP candidates prevailed in […]

American economist Philip Dybvig was visiting relatives in Massachusetts when he discovered that he was a co-winner of the Nobel Prize in Economics. (Oct. 10) […]

It’s the end of the boom times in tech, as layoffs keep mounting