The landscape? Scarred, just like the lives of far too many residents who have lost everything.

When a climate-change-fueled Hurricane Ian recently made landfall in southwest Florida, bringing high winds and flooding to some of the same wealthy enclaves that have endured previous hurricanes, readers had a question for us.

We had, after all, just published a series of columns urging California to reconsider blindly rebuilding every impoverished mountain town that burns down in a wildfire — knowing that, with climate change, flames will surely strike again in a few short years.

Why, these irked readers wanted to know, is urban Florida any different from rural California?

“They have hurricane disasters which most likely cost billions of dollars,” went one email, “yet they keep rebuilding only to have the same disaster again.”

He’s right. And we agree, it’s really not all that different. Or, at least, it shouldn’t be.

Even President Biden made this point last week after taking a helicopter ride to survey the damage in and around Cape Coral and Fort Myers, including the once-posh and now-trashed barrier island of Sanibel. Hurricane Ian, he declared — a grimacing Gov. Ron DeSantis off to one side — has “finally ended” the discussion about whether climate change exists.

“A lot of people around the country are going through similar disasters,” Biden told reporters, comparing it to states in the West, including California, where wildfires have “burned everything right to the ground.”

Some readers saw our argument as coastal elites picking on rural mountain people, and we understand that. But we see high risk is high risk, no matter where it is, and that must factor into the calculations of whether to rebuild and how to rebuild after a disaster.

Consider that Hurricane Ian made landfall as a Category 4 storm in almost the exact same spot that Hurricane Charley did in 2004. Ian was twice as big as Charley, though, and sent a record-high storm surge through neighborhoods on the mainland and on barrier islands, all sitting at precarious elevations right around sea level.

At last count, more than 100 people — ranging in age from 19 to 96, but mostly elderly — have died in Florida alone, the majority by drowning in the floodwaters that inundated land on both sides of the Caloosahatchee River. Ian is now the second-deadliest storm to hit the mainland U.S. in the 21st century behind Hurricane Katrina.

Still, despite the risks and the challenges and the cost, which will surely run into the tens of billion of dollars, many residents want to rebuild.

“The dream of living near the water is strong. I’m here and so I get it. I’m one of them,” Bill Spikowski, a planning consultant who lives in Fort Myers, told our Times colleague Jenny Jarvie. “I don’t know if anybody’s willing to throw it away right now. I think it’s gonna hang on as long as it can. And then one day, if it can’t, it can’t.”

There’s a similar sentiment in Greenville, the small town in the rural northern Sierra Nevada that we wrote about in our series after spending several days there over the summer. It was leveled by last year’s Dixie fire, so far the second largest wildfire in California’s history.

The 300 or so people who want to move back insist they can rebuild safely. Climate scientists are skeptical, though, because as with so much of high-risk Northern California, it’s likely that another severe wildfire will scorch Greenville in the coming years as the West becomes hotter and drier.

“Whatever risk tolerances that we collectively decided were acceptable, for whatever reason, in whatever context, are no longer valid,” Daniel Swain, a climate scientist at UCLA, told us. “Because we built our towns, we built the infrastructure, people built their homes, in a particular historical context that no longer exists.”

In this way, climate change has become the great equalizer, ravaging red states and blue states alike. But it’s this nation’s hodgepodge of self-serving public policies that has increasingly made climate change a driver of inequity.

Most Americans who are at risk for disasters aren’t rich. They are middle class and poor, often elderly and people of color, seeking out a bit of paradise, sometimes without truly understanding the risks.

This was definitely the case in Greenville. We met as many residents who had retired to the rural stretch of Plumas County for the beauty, as we did people who couldn’t afford to live anywhere else. And even before the Dixie fire, the town had shrinking population of about 800, no real economy and a poverty level above the statewide average.

These same trends largely hold true even in urban Florida. As a couple of native Ohioans who spent plenty of summer vacations in the Sunshine State, we can attest to the high number of retirees and Midwestern families looking to escape the cold for six months out of the year, putting their limited dollars into timeshares and condos.

Sanibel Island is more of an exception.

Before Hurricane Ian blew through, it was where the wealthy owned homes alongside the working class. So beautiful, it’s where celebrities went on vacation, from Denzel Washington to Eric Clapton.

Now the causeway bridge that connects the island to the mainland is gone. And building codes for hurricane safety, implemented since many of the older, now demolished houses were built, will raise cost of rebuilding. Echoing a cycle of displacement we’ve seen after wildfires in Northern California, there’s a real possibility that only people of means will be able to return to their lives on Sanibel.

William Butler, an associate professor at Florida State University who specializes in climate gentrification, predicted that real estate speculators with monied clients could soon pressure working-class people who didn’t have insurance to sell their water-logged properties.

If they do and Sanibel becomes unaffordable, “some of the richness of what made that place kind of cool is sanitized, and it gets lost,” Butler said. “It’s just a bunch of big houses on stilts overlooking the ocean.”

It’s an unsustainable model that raises as many economic questions and quandaries as it does moral ones. And it adds another layer to the fear that poor rural areas will one day get passed up for rebuilding in favor of wealthy urban areas.

Urban planners, government officials and developers know the dangers and likely consequences of building and rebuilding in high-risk places. But in many cases, they are simply ignoring the risks — for votes, for economic development or for other reasons that have nothing to do with a responsible future or even common sense.

Instead, cities and states continue to invest in places where climate change makes it increasingly likely that homes and businesses will get wiped off the map.

In California, it’s the millions of people who live and are moving into the wildland urban interface, driven by a longstanding shortage of affordable housing in urban areas.

In Florida, it’s the hundreds of thousands of people who live the Cape Coral-Fort Myers region — up more than 600% between 1970 and 2020 — while federal researchers predict that sea levels will rise as much as 18 inches in the Gulf Coast by 2050.

And yet, it’s a sign of the times that, even in the red state of Florida, a discussion about whether to rebuild and how to rebuild after Hurricane Ian is happening.

Sen. Marco Rubio recently acknowledged on ABC News that Sanibel Island will be uninhabitable for the foreseeable future. “I think our priority now is to identify the people that remain on Sanibel who wanted to stay there, but eventually have to come off because there’s just no way to continue with life there,” he said.

Florida’s other Republican senator, Rick Scott, talked about building codes and the dangers of manufactured homes on NBC’s “Meet the Press.”

Biden was even asked to weigh in, telling reporters: “You have to ask, should you rebuild in this spot or that spot? That’s a local decision.”

We know that “managed retreat” is largely a political nonstarter in Florida, as it is throughout much of America. But we’re glad that Florida is at least having this conversation — and wish that California would, too.

Gov. Gavin Newsom, who is not running for president, signed a climate pact recently with Oregon, Washington and British Columbia, remarking at a press event that, “we have to do things radically different.”

He promised that he would put on a “West Coast offense, not defense,” against climate change, and he’s made some impressive steps. But when it comes to the hardest one, the discussion of how and where we will live in the future, his silence leaves us hoping he learns a thing or two from Florida. 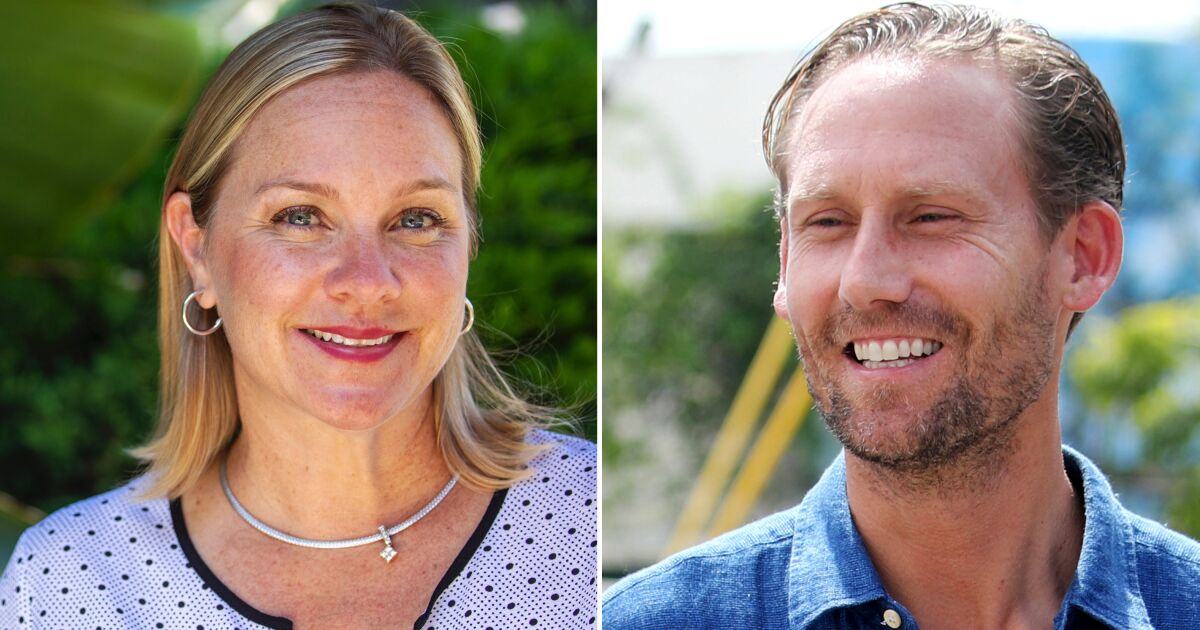 Next Article Council candidates on L.A.’s Westside bash each other over their legal careers

Brittany Higgins spent several days under cross-examination for the trial of her alleged rapist, Bruce Lehrmann. The trial has come to an abrupt end after […]

Republican Rep. Lee Zeldin is getting ever closer to Democratic Gov. Kathy Hochul ahead of the Nov. 8 election – with a Siena College poll […]

Biden sends a stark warning about political violence ahead of midterms: ‘We can’t take democracy for granted any longer’ | CNN Politics

Millions of Americans are losing access to maternal care. Here’s what can be done

This map from the nonprofit March of Dimes shows maternity care deserts across the U.S. in 2020. March of Dimes/US Health Resources and Services Administration. […]