Biden can’t quit L.A., or its complex politics, even as racist audio leak rocks the city


What a moment for the leader of the free world to show up in the Southland.

But with the city’s political establishment reeling from the disclosure this week of racist statements made by City Council members, the visit took on a broader significance, redirecting the city’s attention to national Democrats circling the wagons.

Biden was greeted on the tarmac by Mayor Eric Garcetti, with whom he has had a close relationship, and Rep. Karen Bass, whom he considered as a running mate in 2020 and has endorsed as Garcetti’s successor.

At a mid-morning event at a dusty construction site near the Veterans Hospital, where workers are building a new Metro Line station for the expanded Purple Line, Biden touted the benefits of his infrastructure program, taking the podium by thanking Garcetti and Bass and referring to them as “Mr. Mayor and soon-to-be Mrs. Mayor.”

Afterward, Biden, Bass and County Supervisor Hilda Solis made a short stop at the Tacos 1986 near UCLA, picking up an order of quesadillas and tacos from the tiny shop. After a week that has highlighted tension between Latino and Black political leaders in Los Angeles, the tableau conveyed a carefully crafted image of unity, underscoring how much Biden has become enmeshed in the politics and problems of this city.

The visit, along with Biden’s call earlier this week for resignations of the local politicians implicated in the racist remarks, reflected the influence of the city and how its scandals and successes can echo across the country.

“I would argue New York always occupies presidents, and so do major cities from Chicago to Houston,” Garcetti said in an interview this week.

“Whether it’s in moral moments like this, it reflects that Los Angeles is important,” he said. “It’s not just in moments of crisis. It’s also in moments of opportunity. Why do you think that so many Cabinet members have come out here and toured the Port of Los Angeles, including the vice president, the president. That hasn’t to my knowledge happened in Savannah.”

Biden’s involvement with Los Angeles politics follows a pattern set by the previous two Democratic presidents. Since Bill Clinton won California in 1992 — becoming the first Democrat to carry the state in a generation — Democratic presidents have carefully wooed the city’s political leadership and its voters.

The party has also depended for decades on Southern California financial donors. Longtime Democratic strategist Bill Carrick, who was political director for Sen. Ted Kennedy (D-Mass.) and worked on Clinton’s political operation in California, said he remembered times when six U.S. senators would be in the city fundraising at the same time. Candidates for local office would regularly reach out in hopes that popular national political figures would visit or endorse them.

“There’s a very large group of Democratic donors in California, north and south; but in Los Angeles, in particular, there are donors who are very generous,” Carrick said.

But Biden this week ratcheted up his engagement with Los Angeles politics to a new level, weighing in publicly on the racist and crude remarks made in a private meeting last year that involved City Council members Nury Martinez, Kevin de León and Gil Cedillo and Ron Herrera, the head of the Los Angeles County Federation of Labor. The meeting was recorded — how or by whom remains unknown — and came to public attention this week through reporting by The Times.

White House press secretary Karine Jean-Pierre said Tuesday that Biden found the language in the meeting “unacceptable” and “appalling,” and he called on all involved to resign — a highly unusual degree of presidential involvement in a local political issue.

Martinez, the former president of the City Council, resigned on Wednesday. Herrera resigned Monday. De León and Cedillo apologized but have not resigned.

The complex politics of the city are something Biden can’t escape as well. He’s picked Garcetti, who served as a national co-chair of his 2020 presidential campaign, as ambassador to India and has stood by him as his confirmation has languished in the Senate. The mayor has been caught up in controversy over what he knew about the alleged inappropriate behavior of aide Rick Jacobs.

Biden and members of his Cabinet have also taken sides on who will replace Garcetti. Days before the primary in June, for example, the nation’s top housing official, Housing and Urban Development Secretary Marcia L. Fudge, made an appearance in her official capacity with Bass in Los Angeles at a supportive housing facility, helping the mayoral candidate make the case that she would tackle the city’s homelessness crisis by summoning friends in the federal government.

Bass ended up winning the June primary with a 7-percentage-point lead over her rival, Rick Caruso.

Biden praised Garcetti again Thursday. “To be really honest about it, I probably wouldn’t be here standing here addressing you had he not helped me a lot,” he said at the Purple Line event, going on to talk up the project’s potential benefits.

“When you see these projects in your neighborhood … I want you to feel what I do: pride, pride in what we can do together,” Biden said. He derided Republican lawmakers who opposed the infrastructure law and have since taken credit for the money it has brought to their states and districts.

Appearing beside Biden, Bass, whose congressional district includes the construction site, was able to make a pitch that’s central to her campaign, which is that she has the connections at the federal level to bring more resources to bear on the city’s most pressing crises.

“We are here to bring resources to this city,” she said. “We have a president who can get things done.”

Bass, whose prospects in the mayor’s race depend on winning the lion’s share of the city’s Democratic voters, has leaned on endorsements from a host of officials in Washington, including Biden and Vice President Kamala Harris. These endorsements highlight Bass’ Democratic credentials as she runs against someone whose party affiliation has flipped several times.

Caruso has for most of his life been a Republican and has given to politicians who oppose abortion rights — a fact Bass and her allies highlight constantly. Caruso has said he switched parties because the GOP strayed from the values he holds and that he’s been always in favor of abortion rights.

“Biden is validating her as being a longtime Democrat,” said Mark Gonzalez, chair of the L.A. County Democratic Party, which has endorsed Bass.

Tending to the political base in Los Angeles is also important if Biden intends to run in 2024, Gonzalez said.

During the 2020 campaign, Biden visited Guelaguetza, the well-known Oaxacan restaurant in Koreatown — a visit that has taken on new resonance in light of Martinez’s racist description of Oaxacan immigrants as “little, short dark people.”

One of the restaurant’s owners, Fernando Lopez, recalled that Biden had been scheduled to stop by for 30 minutes but ended up staying nearly two hours, dining and chatting with him and other staff and guests.

“Biden was in for a while and really enjoyed them all,” Lopez said of the restaurant’s delicacies such as mole and tlayuda, a hardened large corn tortilla, usually smeared with a black bean paste and topped with ingredients including quesillo and chorizo.

Lopez called Martinez’s comments a “betrayal” and added that he was grateful that Biden and others had called for her and the other City Council members to resign.

“It really just speaks to character, and I think that’s the issue there,” he said. 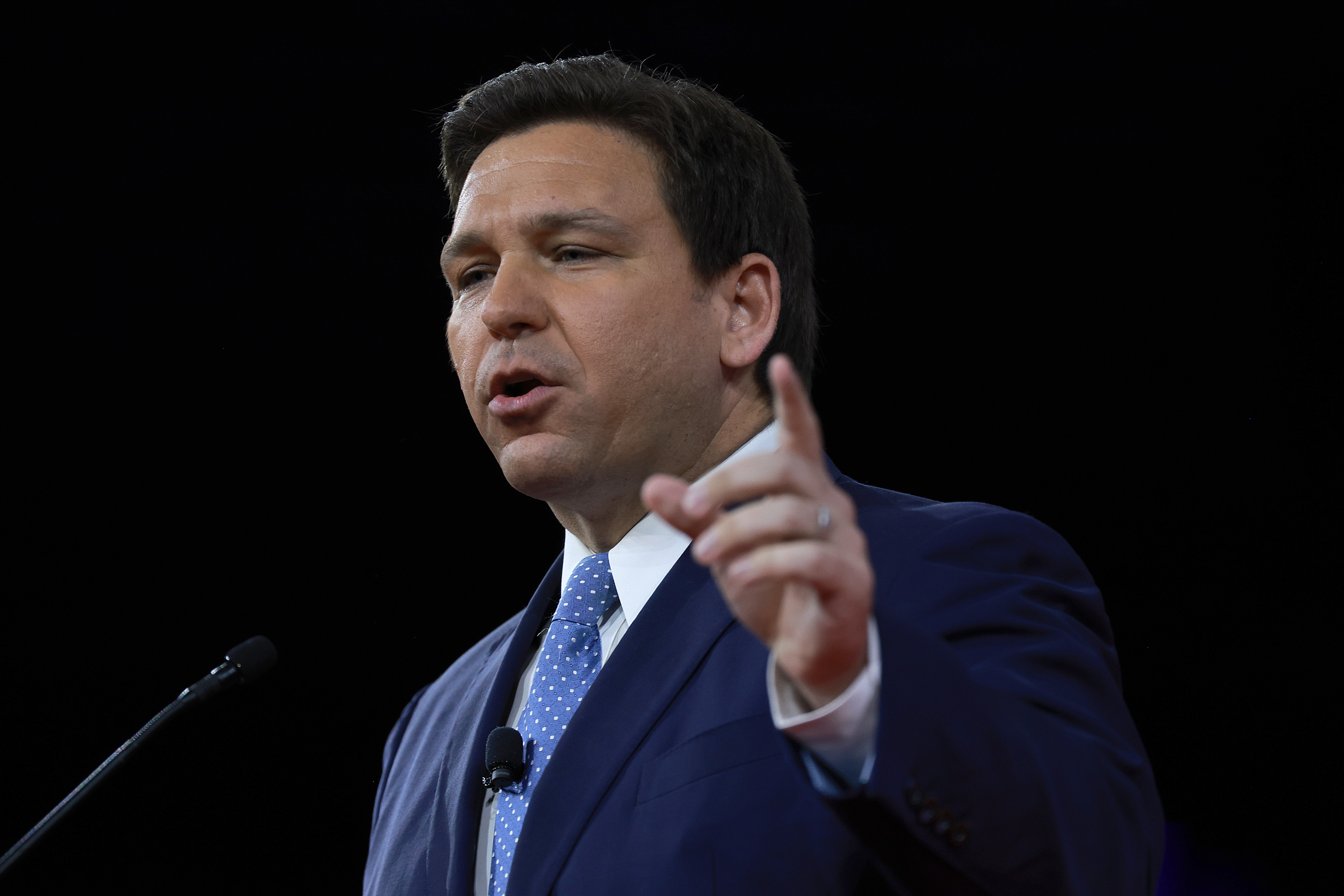 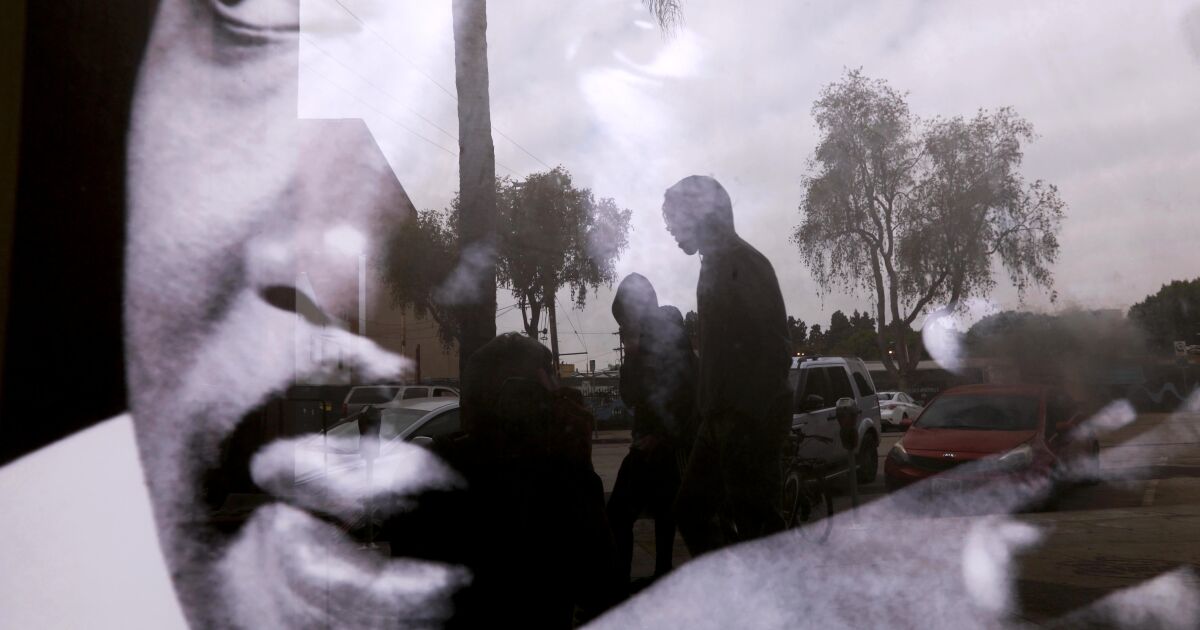 Capt. Hollywood: Who is the ex-LAPD commander who tipped off CBS to assault claim?

Shopping for holiday gifts is hard work, especially for that person you know who already seems to have everything. But luckily, there are sites out […]

A family describes being terrorized by man accused of kidnapping, killing 4 in Merced

MERCED, Calif. —  When Kathy and her daughter Katrina first saw surveillance images of the man accused of kidnapping and killing four members of a Merced […]