Barnes takes the fight to Johnson in Wisconsin Senate debate

Johnson is widely seen as the most vulnerable GOP incumbent senator facing reelection in November, and his victory is critical to the Republicans’ path to regaining control of the Senate. Despite his recent turnaround in election surveys, the race in Wisconsin remains tight, with polling averages putting him ahead by 2 to 3 percentage points.

Johnson continued to deny any involvement in a scheme involving a top aide from his office to hand a fake slate of electors to former Vice President Mike Pence on Jan. 6, and emphasized that he voted to certify the 2020 election for Biden ― therefore marking the accusation as a “non-issue.” Johnson previously planned to object to certifying the election results, but did not do so in the end. The senator has also previously struggled with keeping his story of what occured on Jan. 6 consistent.

When asked if Pence did the right thing by certifying the election, Johnson answered, “Yes, President Biden is now president of the United States.”

Johnson was also hit by Barnes over past comments where he suggested that Social Security and Medicare should be eliminated as mandatory spending programs, and instead be approved by Congress as discretionary. In fact, Johnson previously expressed that he’d like to “turn everything into discretionary spending” ― a comment Democrats have gone after.

Barnes also attempted to push back on attacks from Republicans, saying that his position on bail had been “mischaracterized” and sensationalized in TV ads. As a onetime state lawmaker, he sponsored a bill to end cash bail in Wisconsin.

On Friday, CNN reported that Barnes had in the past signaled that he backed abolishing Immigration and Customs Enforcement and reducing police budgets, despite stating in a campaign commercial that it is a “lie” that he wants to eliminate ICE and defund law enforcement. At the debate, Johnson acknowledged that Barnes “doesn’t necessarily say that word” defund, but argued that he uses “code words” instead.

Johnson said at the debate he “would support” legislation that would reform the Electoral Count Act, a centuries-old law that backers of former President Donald Trump have tried to manipulate to keep him in the White House. The bill would clarify the role of the vice president in the certification of electoral votes.

The senator was previously mum on whether he’d support the effort, and Johnson has continuously downplayed the seriousness of the Capitol attack in the months following Jan. 6, 2021. The House recently passed its version of the bill ― but a broader, more bipartisan measure made its way through the Senate Rules committee before the chamber adjourned at the end of September. It’s still unclear whether the legislation will be brought to the floor when the lawmakers return after the midterms.

Asked about his position on abortion, Johnson said that the issue should be left to the states rather than be decided at the federal level. However, that has proven difficult within Wisconsin, where the Republican-controlled state legislature declined to take up Democratic Gov. Tony Evers’ proposed constitutional amendment to pave the way to allow voters to cast a ballot on restoring abortion rights in the state. An 1849 law banning abortion led clinics in Wisconsin to stop providing abortions following the fall of Roe v. Wade, with the exception of when the mother’s life is threatened.

On the issue of climate change, Johnson expressed skepticism on “spending hundreds of billions of dollars trying to solve a problem that’s not solvable.”

“The climate has always changed and always will change. So I don’t deny climate change. The question is, can you really do anything about it?” He also said, “I’ve suggested that the E.P.A., rather than focus on CO2, focus on these pollutants that really are harmful,” referring to per- and polyfluoroalkyl substances, which are found in water and soil across the nation.

Barnes’ aggressive posture during the debate comes as Wisconsin Democrats have grown increasingly alarmed about his chances in the election. One of his primary opponents called on him this week to fire his media consultant. Other Democrats have been privately critical of campaign errors, such as when he removed the names of two law enforcement officials from his list of endorsements after one said he didn’t endorse him and another said he backs him but was not aware he would be on such a list.

Barnes has sought to change the conversation from one about crime to abortion, launching his first negative spot against Johnson this week focused on the issue. He also announced that he raised more than $20 million during the most recent fundraising quarter.

Senate candidates in North Carolina also squared off in a debate Friday. At the event, Democrat Cheri Beasley and Republican Ted Budd refused to weigh in on their respective party’s potential 2024 presidential nominees. On President Joe Biden running for reelection, Beasley said she didn’t “think he’s going to ask me,” while Budd said he’s “exclusively focused” on his own Senate race, not whether Trump should run again in 2024.

Beasley, who hasn’t appeared on the campaign trail with Biden, was pressed on if she would campaign with him. She said he’s “welcome to be here,” but “we’ll just have to see if that’s something we’re available.”

Both candidates said they’d accept the results of the 2022 election, a point of contention with GOP candidates across the country. Budd, who voted against certifying the 2020 election, said Biden “is the president,” when asked if he was the legitimately elected president, but he defended his vote from January 2021, following the insurrection at the Capitol.

“The core of that vote was to inspire more debate because I think debate is healthy for a democracy, so that’s what it led to,” he said. “I do stand by that vote.”

The pair also sparred over abortion, inflation and immigration.

Elena Schneider contributed to this report. 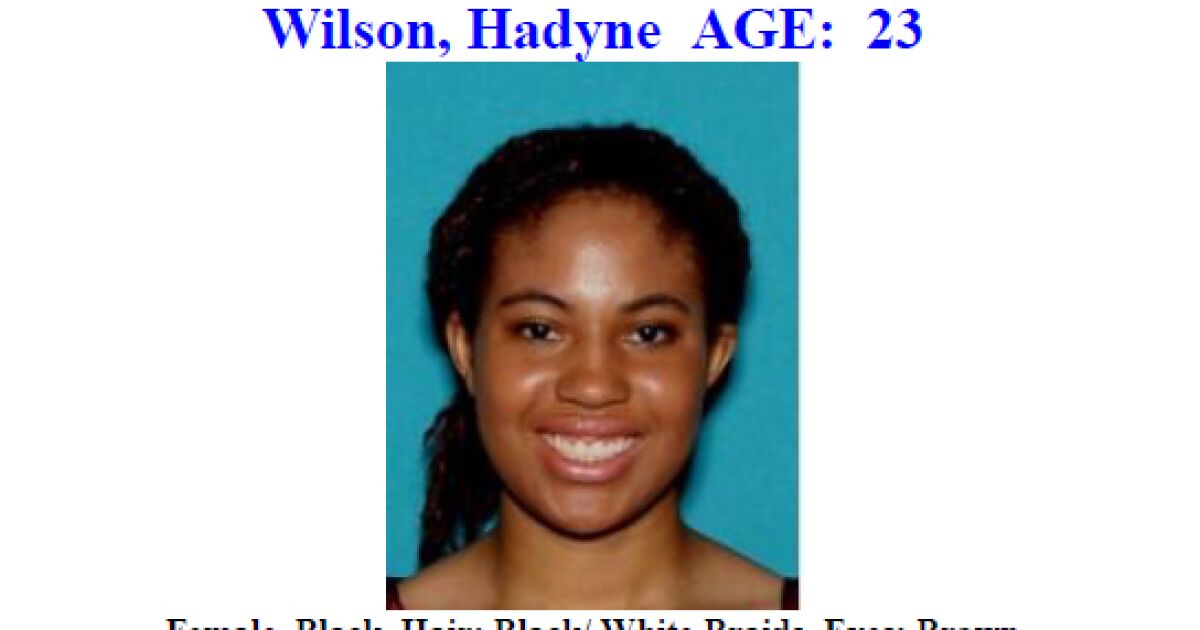 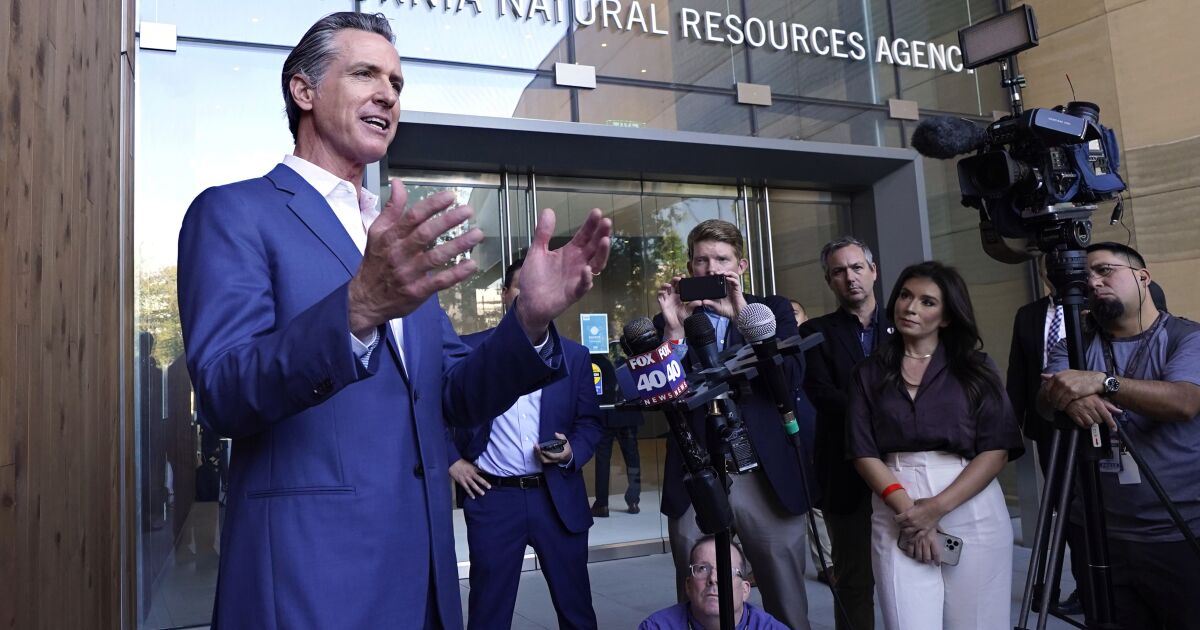 Most of the country was free of severe weather warnings Saturday morning. A broad swath of the South may see several inches of rain over […]

Gwen Stefani says songwriting helped her in her struggle with dyslexia: ‘It unlocked something inside me’

Gwen Stefani spoke out about how writing songs helped her in her struggle with dyslexia.  The 53-year-old singer first revealed that she had the learning […]

Noting that the company is already under a 2011 consent decree with the Federal Trade Commission for previous security and privacy violations, Schakowksky said that […]